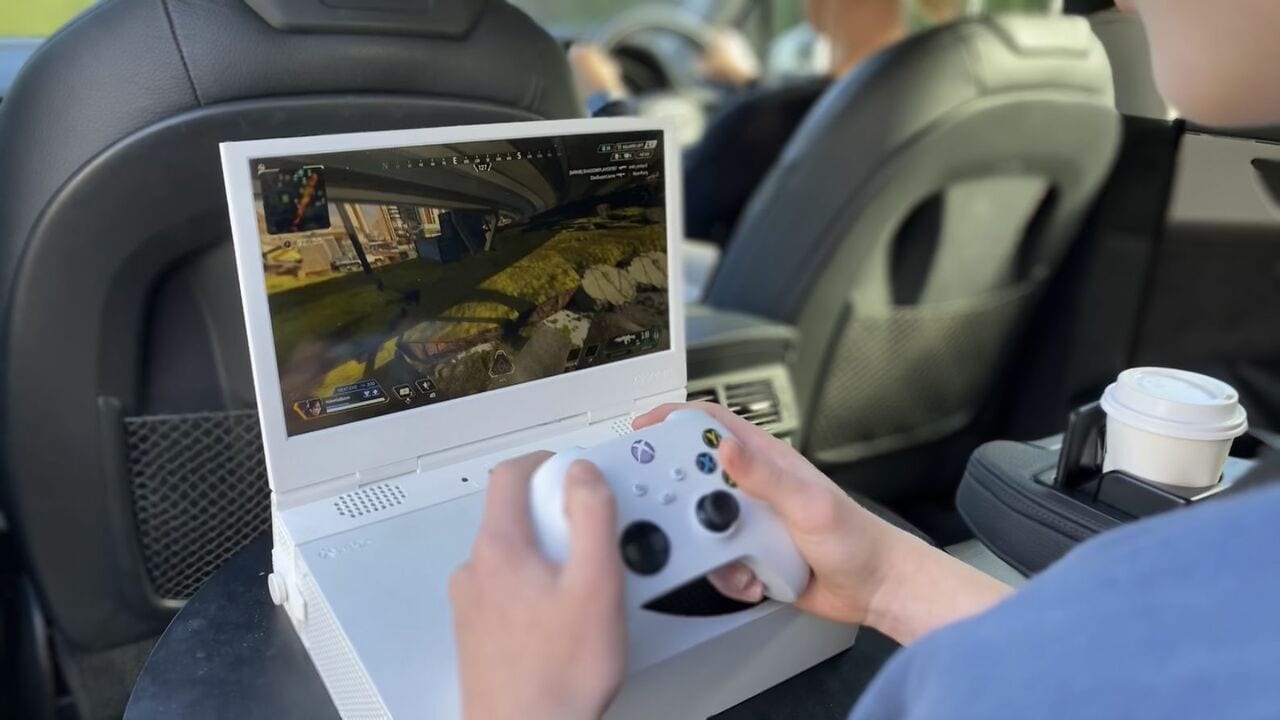 The xScreen is created by Australian company UPspec Gaming and in just 20 minutes it smashed its campaign target with ease. Granted the target was only set at £7,003, but to do it in less than half an hour is impressive, nonetheless.

As reported by VGC, at the time of writing the current amount pledged by backers is around £50,000 and the campaign still has almost a month until it ends.

The xScreen is designed for the Xbox Series S, and not the Xbox Series X. This is I assume, because the Series S is much smaller than the Series X, thus making it more portable. You can always game via the Cloud if you subscribe to Xbox Game Pass Ultimate. But that would require an internet connection.

The screen plugs into the back of the Series S and connects to the console’s HDMI and USB ports. The xScreen is 11.6” in size, has a resolution of 1080p and a 60Hz refresh rate. So, this is not 4K and 120fps compatible. It also has a built-in 5-watt speaker and is powered with a second adapter.

There are several pledge tiers available, starting from around £1 which gives you access to pre-ordering the xScreen without the need to commit to pledging the full amount right now.

The price goes up at retail

You can also pledge to acquire the xScreen for around £140 with the Early Bird pledge. At retail, the xScreen is expected to sell for £189/$249USD.

This screen very much reminds me of the old portable screens that were sold for the PSOne and the Nintendo GameCube back in the day. And if I were able to right now, I would be tempted to pledge.

Are you tempted to pledge to the xScreen? If so, let us know across our social media channels.