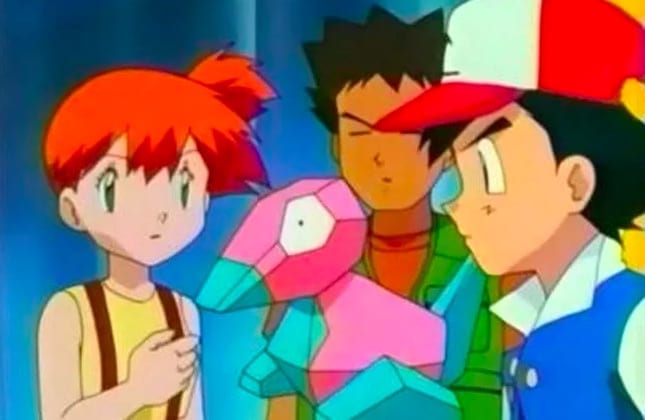 You might never have noticed, but there’s one Pokémon who’s been suspiciously absent from the expansive roster of pocket monsters seen in the Pokémon anime over the years – but there’s a reason for it.

Generation one Pokémon Porygon is never seen in the show thanks to an incident which took place in the very early days of the anime.

Back in December 1997, Japan aired a now-infamous Pokémon episode entitled “Cyber Soldier Porygon,” which was the anime’s first appearance of the origiami-like character.

In the episode, Ash and his pals enter the computer system which transfers Pokémon between Pokémon Centers (remember BILL’S PC?), joined by a Porygon.

The episode was blamed for more than 680 seizures in Japanese viewers, who appeared to suffer the seizures at various different points in the episode.

It’s become something of an urban myth, so if it sounds like a familiar story, you’ve probably seen a parody of it somewhere (like in South Park, perhaps?) The terrifying ordeal is now often referred to as ‘Pokemon Shock,’ and Porygon’s taken the bulk of the blame.

Following the news, the episode was pulled from ever being broadcast again, and Porygon was kept out of future episodes of the anime.

Now, more than 20 years on from Porygon’s ‘ban,’ from the anime, its famous features have been spotted on-screen once again.

As spotted by Twitter user CanipaShow [via ComicBook], a Porygon-shaped mobile phone case is featured in a recent Sun and Moon episode, marking the first time Porygon’s familiar form has been seen in the show since 1997.

Of course, this is just a nod to Porygon rather than Porygon itself, so it could be an Easter egg, or even just a mistake.

However, it could also mean that the actual Porygon is ready to make a comeback after its lengthy time away from the anime.