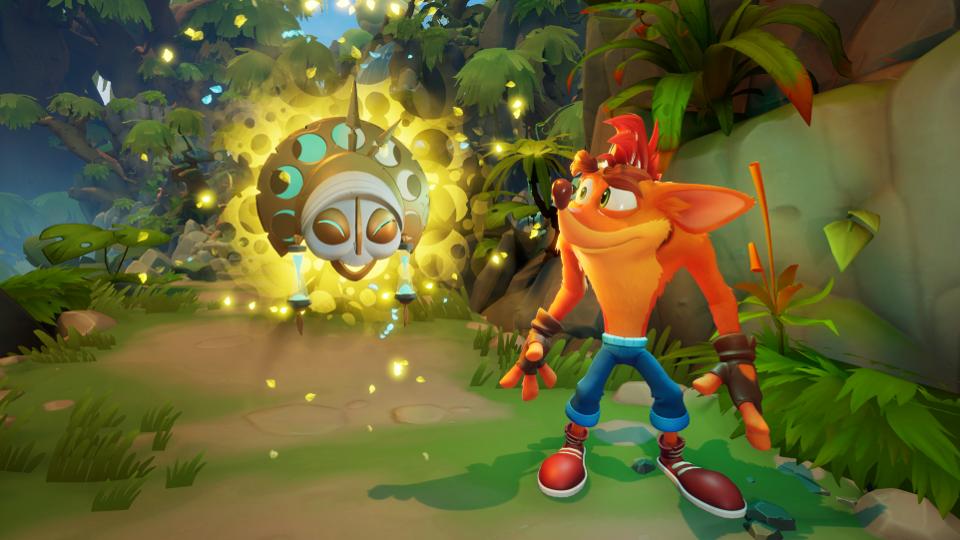 Gamers have seemingly stumbled across a potential teaser for a new Crash Bandicoot game thanks to the most-recent release in the series, Crash Bandicoot 4: It’s About Time.

Crash Bandicoot 4: It’s About Time which released for PlayStation 4 and Xbox One in October, could contain the first clue as to the next game in the franchise.

During the very first level of the game a TV can be seen, and if players hit it, it scrolls through logos of the four main entries in the series including Crash Bandicoot 4: It’s About Time.

However there appears to be an Easter egg which reveals a fifth and currently unknown logo.

The logo in question only appears for a brief second and doesn’t seem to have a number attached, which might indicate that the potential tease isn’t for a Crash Bandicoot 5.

So with this in mind it is perhaps best assumed that this logo may in fact be a tease for a Crash Bandicoot spin-off. Perhaps we might be getting a new Kart racer, a follow-up to the 2019 CTR remake?

The potential tease was brought to our attention from the Twitter account belonging to Kevin Fagaragan who shared the clip via his PlayStation 4.

“There’s a new image that appears on the TV after you beat the game? Teasing Crash 5 or a spinoff?” said Fagaragan.

However it is worth mentioning that this mysterious logo will only appear when you have achieved 106% completion of the game which is no mere task, otherwise only Crash Bandicoot games one to four will be shown.

In our review of Crash Bandicoot 4: It’s About Time we said that it is a: “perfect addition to the series” and is an “essential purchase”.

Are you excited by this apparent tease for another Crash Bandicoot? Let us know by reacting to our Emoji’s below and be sure to get speculating across our social media channels.