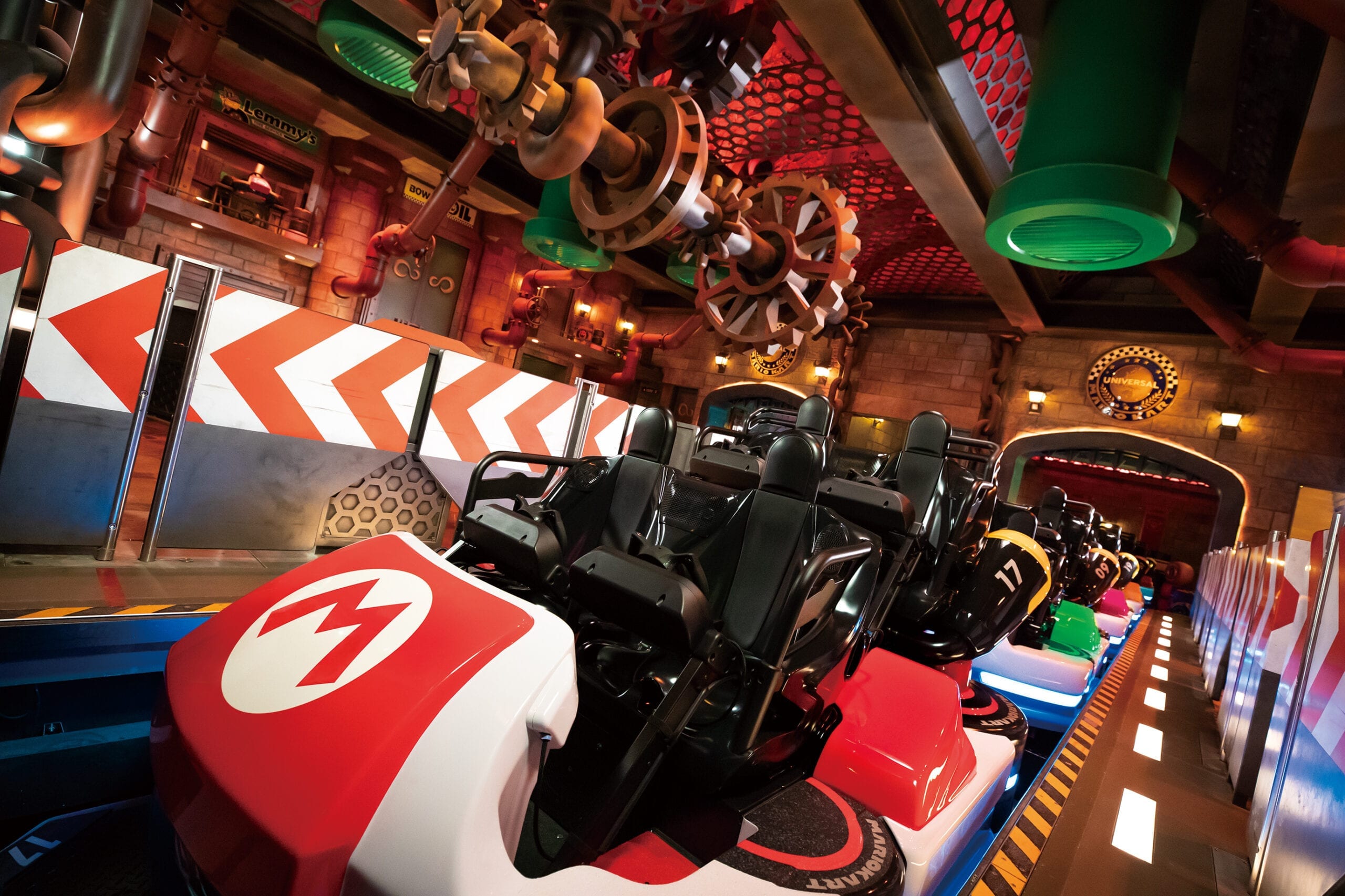 The news was announced on the official social media pages for both Nintendo and Universal Studios, where some of the stunning environments of the theme park were showcased.

Super Nintendo World will be every Nintendo fanboy and fangirls’ dream, and features many key locations from the ever-popular franchise.

In the images revealed, we see the iconic coin and lucky blocks, Goal Poles, Chomper Plants, brightly coloured mushrooms and more. Practically anything you can imagine from the world of Super Mario is here, and we can’t wait to see it for ourselves!

We’ll be able to explore Bowser’s Castle with the corridors decorated in portraits of the beloved villain, as well as a menacing bronze statue of the King of the Koopas.

Some of the park rides will include an AR Mario Kart rollercoaster ride which will project mapping effects of fan-favourite courses from the racing series, with those participating in the ride wearing special headsets to further immerse attendees.

The Karts will have steering wheels; however this will be an on-the-rails ride. The AR headset will allow you to collect item boxes containing, I assume, the infuriating Red and Blue Shells and more.

Everything about this Mario Kart rollercoaster ride sounds and looks amazing and I hope that it includes the legendary Rainbow Road course!

The Super Mario World park is the result of a six-year collaboration with Nintendo and Universal, with Super Mario creator Shigeru Miyamoto offering his special input and advice.

It is also said that at a later date a Donkey Kong themed area will also be introduced into the park.

Plans are also already in motion to bring Super Mario World to Universal Studios in the United States by 2022.

Do you dream of one day attending Super Mario World, and are you impressed with what we’ve seen of the opening plans so far? Let us know by reacting to our Emoji’s below.

This Official Super Nintendo Train Is The Stuff Of Dreams

Pokemon Is Coming To Universal Studios In 2022

Super Nintendo World Is Being Recreated In Minecraft