QuakeCon 2018 is off to an excellent start, showing off some of the upcoming (and fantastic) games that we can’t wait to get our hands on. 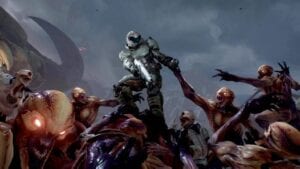 There are a tonne of games featured at the event which gamers are chomping at the bit to get more information on, including – of course – Fallout 76, but one of the most exciting games is Doom Eternal.

Fans of the series have been asking for a new Doom game for a while now, and with the announcement of Doom Eternal back in June of this year it’s about time we got some more details on what’s one of the most highly-anticipated titles in a good few years.

id Software and Bethesda proudly showcased some of the immaculate-looking gameplay, and honestly it really looks like they’ve got something special on their hands.

In the new addition to the franchise, players will be able to control a demon and wreak havoc in the campaigns of other players, even offering the ability to team up with other demons to create a party of slayer-hunters.

Other changes made from the wildly-successful 2016 reboot of Doom include new weapons (including the very cool-looking Ballista and the terrifying meat hook) and new enemy designs.

Reimagined versions of specific enemies will inhabit their new vamped-up world, with a renewed focus on the lore of what the devs called a “Doom universe.” 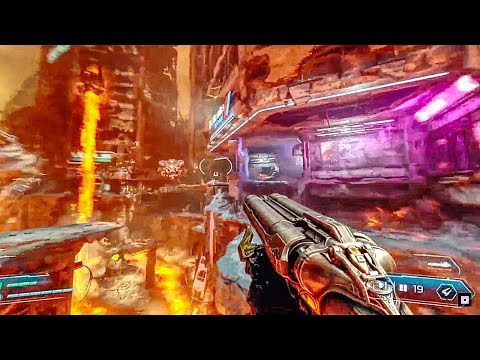 There’s also been some updates to combat, with the added idea of having demons slowly perish the more hits a player gets in.

The aesthetic of Eternal doesn’t stray too far from its roots though, looking as polished as any AAA of today, with something that makes the game look a lot more…Doom.

Showing off some concept art, a new trailer and finally – the glorious gameplay, QuakeCon is off to the best start possible.

We can’t wait for Doom Eternal!