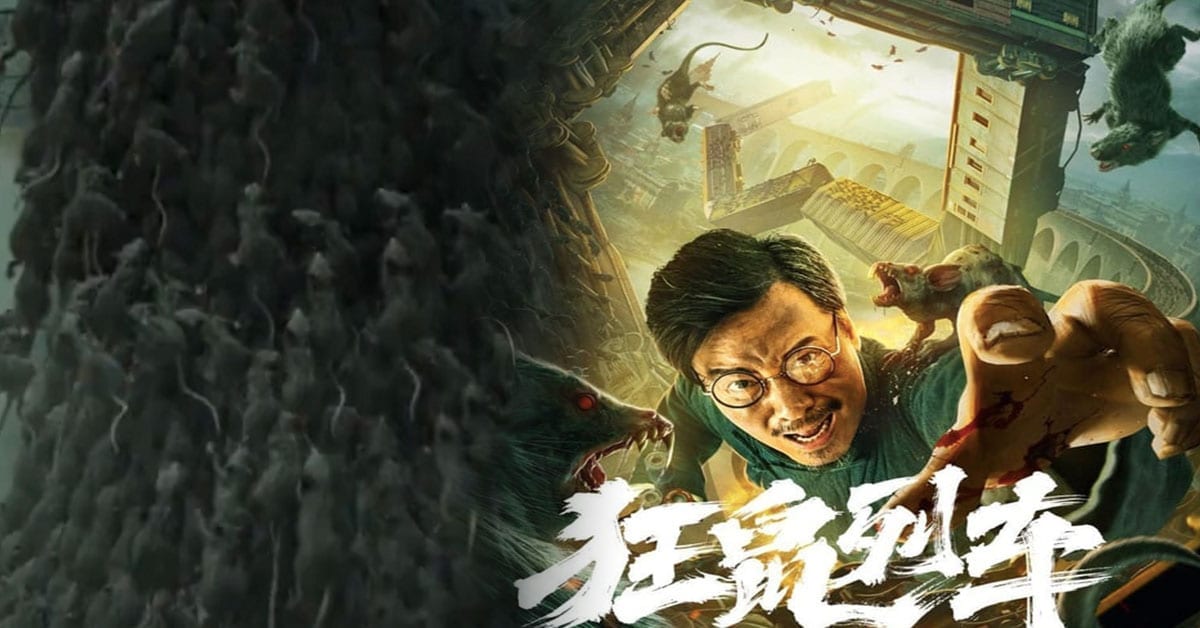 A wonderful trailer has been released for Chinese horror movie Rat Disaster, which is all about zombie rats. Lovely!

If it wasn’t bad enough that I’d often see rats in a nearby pond during the walk to school with my son, someone has made a movie about zombified versions of the rodent creatures. Thanks for that.

Upon watching this trailer I get instant Resident Evil: Outbreak intro vibes as seen in the video below (I’m basically using this moment as an excuse to share this amazing cinematic).

However in terms of the movie world, the Chinese horror movie ‘Rat Train’ aka ‘Rat Disaster’ has some serious World War Z vibes and from what I hear (thanks Bloody Disgusting) some influences from South Korean horror movie, Train to Busan.

Rat Train is directed by Zhenzhao Lin (Monkey King: The Volcano, Snakes, The Enchanting Phantom) who seems to have a knack for wacky horror movies.

“Su Zheng Huai boarded a train to the district city with his family,” says the description (translated).

“Not long after the train departed, it encountered rat attacks. Su Zheng Huai’s son was bitten and passed out. In order to rescue his son and the other passengers who were bitten, Su Zheng Huai and his daughter, Su Ting, decided to take the risk and head to Xiaobaihe Hospital to retrieve the medicine. Thus, a thrilling adventure begins to escape from the rat disaster.”

If you have a phobia of rats then this movie will feast upon your worst fears, but even if you don’t have a fear of rats, the movie concept is still quite gruesome nonetheless.