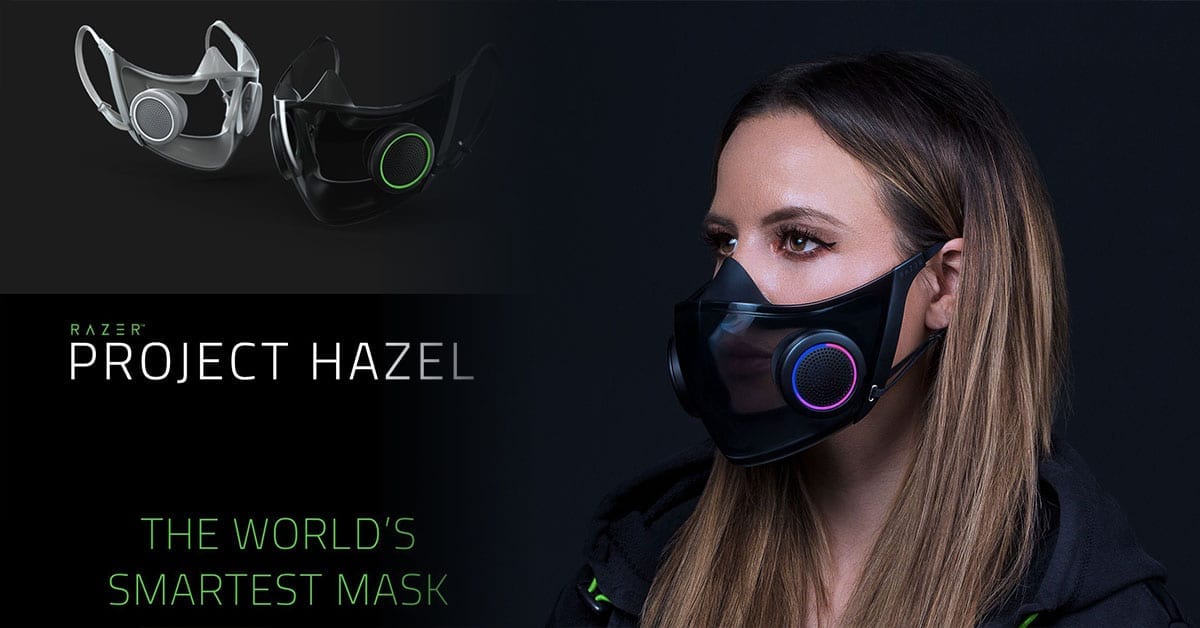 Razer announced during E3 that the Project Hazel mask is not only in production but releasing later this year. Project Hazel is described as being the “smartest mask”.

Project Hazel was first announced back in January this year. At the time the idea was pretty much just a concept, but now it’s 100% actually happening.

The news of Project Hazel entering production was announced during the Razer E3 keynote livestream. It was also revealed during the keynote that Razer hopes to release the Project Hazel mask during Q4 later this year. It will only be releasing in limited drops though so if you do want to get your hands on one you’ll have to be fast.

The Project Hazel Mask, which wouldn’t look out of place featuring in Ubisoft’s The Division or Watch Dogs games, is designed to help consumers battle against the likes of the COVID-19 pandemic.

What is Project Hazel?

Project Hazel features snazzy RGB lighting effects and voice amplification so that others can hear you clearly when talking. It will also have Active Ventilation which has “95% bacterial filtration efficiency” to help prevent CO2 building up within the mask.

The mask is also transparent, so others can read your face and recognise facial cues. Project Hazel is waterproof and is environmentally friendly made from recyclable plastic and designed for long-term use.

At this time, we do not have a price for the Project Hazel mask from Razer but don’t expect it to be the cheapest. If you can’t wait to try it on you can also currently see how it will look on you thanks to an Instagram filter!

Will you be trying to buy a Project Hazel mask? Let us know across our social media channels.