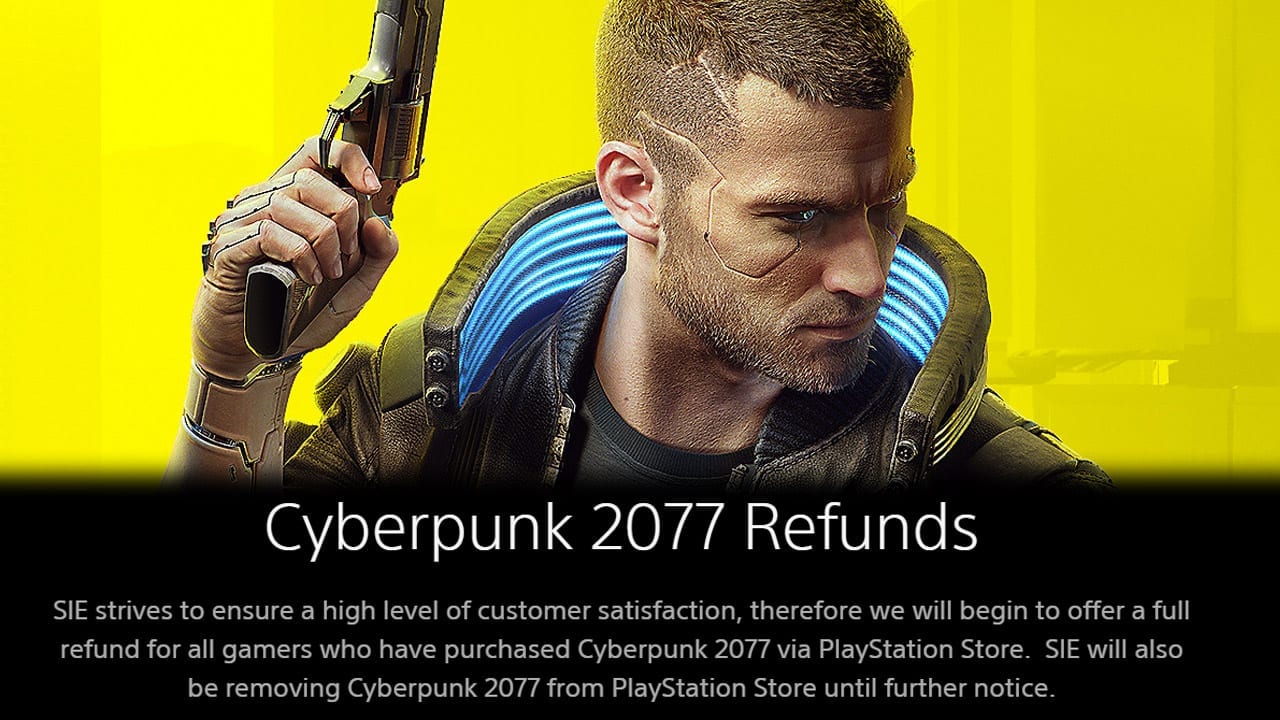 Do you remember Cyberpunk 2077? A small game from 2020 that everyone thought would be the best thing since sliced bread and delivered… if that bread had been left out for 2 months and was growing mould.

Do you remember that it was delisted from the PlayStation Store fairly quickly after launch due to various factors including the amount of complaints the game received about performance and bugs?

We found out last month that it still wasn’t approved to return to the store and, to be honest, we weren’t expecting to see it any time soon after that update.

Back On The Store

What fools we were. Keanu Reeves is standing over us telling us to “wake the **** up” because we have a city to burn and we can finally do it again on the PlayStation 4 and PlayStation 5 digitally… soon… hopefully.

This is great news as it highlights that CD Projekt Red has got the game to a point that PlayStation is happy to see it relisted. Cyberpunk 2077 can definitely grow to become a game that reaches the potential it promises before launch. We’ve seen it with plenty of games in the past and having it available digitally means that more gamers can get access to it.

The listing has been appearing for various people on the store but not for everyone. We couldn’t find it searching on the desktop browser version of the store in either the UK or US. However we did find it on the UK mobile app. The page allows you to add to wishlist but also states that a release is still to be determined.

We do know that new-gen versions of the games are due to release this year and it would be interesting to see if the release date for PlayStation Store will coincide with that. There’s no denying that, if you have a machine with enough power, the game can look and play beautifully. We played the game on PS5 with minimal issues and also played it on PC with very little going wrong too.

Are you excited to see Cyberpunk 2077 back on the PlayStation Store? Let us know over on Twitter.

Are you excited that Cyberpunk 2077 is getting relisted on the PlayStation Store?