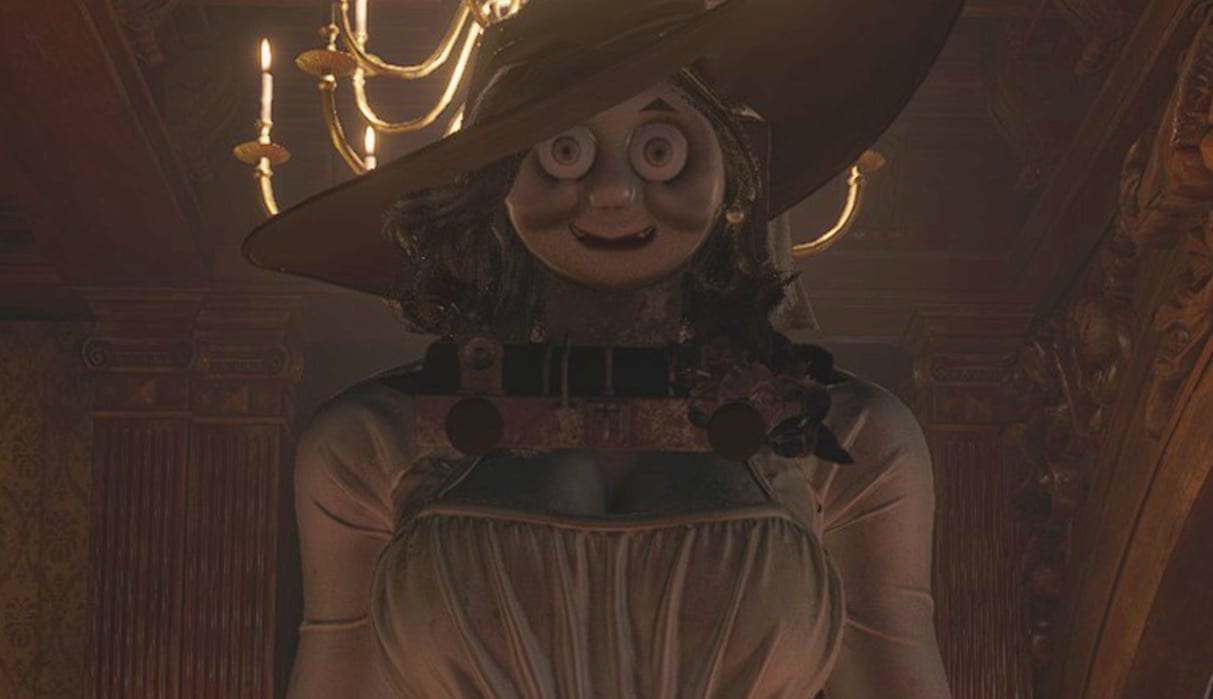 Resident Evil Village villain Lady Dimitrescu has already been turned into Thomas the Tank Engine thanks to some modders.

Thomas the Tank Engine is no stranger to appearing in a variety of games as a mod, and he’s already replaced Mr. X in the 2019 Resident Evil 2 remake.

Despite Resident Evil Village not releasing until later this week, this hasn’t stopped modders from doing their work in the playable demo.

While Lady Dimitrescu’s whole character model hasn’t been replaced, she now has the face of the train that is apparently loved by millions of children worldwide.

There’s always been something quite sinister when Thomas the Tank Engine appears in video games such as Resident Evil, or even The Elder Scrolls V: Skyrim.

Looking at this new horrific face of Lady Dimitrescu, it kinda reminds me of the horrid Momo meme that plagued the internet in 2019.

However, the Thomas the Tank Engine mod is made to be extra spooky, because whenever Lady Dimitrescu appears you can hear a chilling version of the tank engine theme tune.

The “Count Theodora” mod can be downloaded through Nexus Mods and has been created by Crazy Potato [via PCGamer].

We’ve also recently been treated to a Barney the Dinosaur mod for Resident Evil Village, which replaces the Ghouls of the game with the mascot dino. Well I say “treated” – it’s more like Barney has been implanted into our nightmares.

Have you already tried out the Thomas the Tank Engine or Barney the dinosaur mods? If so, let us know across our social media channels.

Resident Evil Village will release this week on May 7th for PC, PS4, PS5, Xbox One, Xbox Series X|S, and Google Stadia.