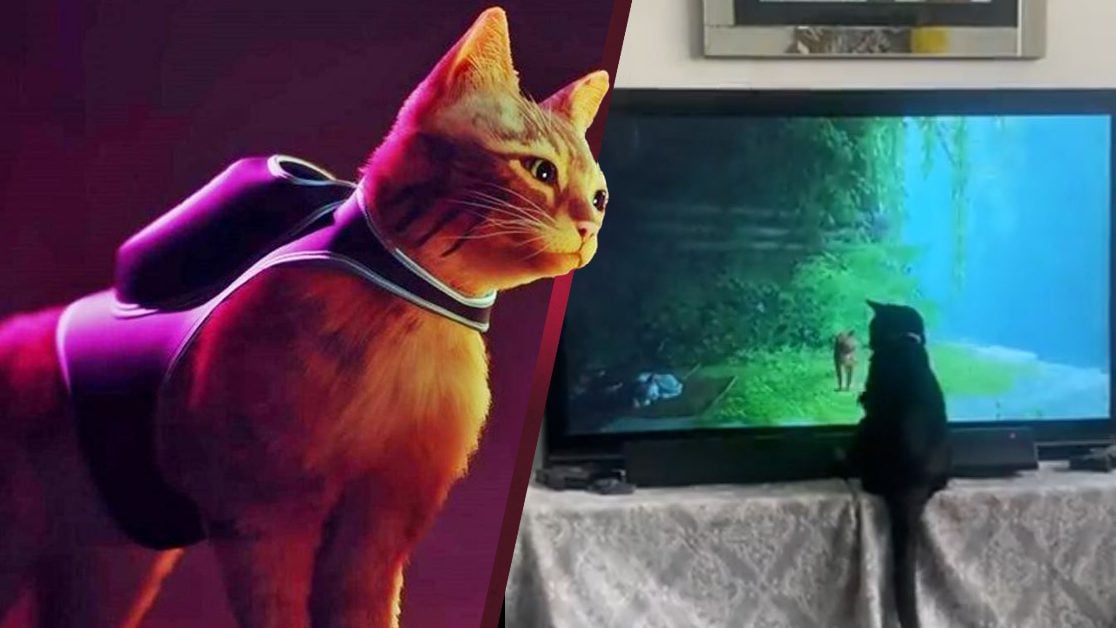 Real-life cats are reacting to Stray and the internet loves it! However, it seems my ginger cat couldn’t care less.

Developed by BlueTwelve, Stray tells the ‘tail’ of a cat separated from its crowder and is in a futuristic, underground neon-lit, decaying cybercity. The stray cat then embarks on a quest to return above ground with the aid of robotic servants, in a world where humans no longer remain.

Anyone that owns a cat would know that they are often intrigued by wildlife on the TV. Take my cat Tails for example, whenever he sees lions and tigers on the TV, he will watch the wildlife documentary as keenly as we do.

However, it seems that cats also cannot get enough of Stray. After all, who wouldn’t be intrigued by a ginger cat wandering sci-fi streets with a drone companion reaping havoc on the city’s robotic inhabitants?

However, here’s my cat that couldn’t care less about Stray, because Tails just wants his fuss or else!

In our review of Stray, we described it as a: “delight of a game to experience. Forcing players to make organic progress feels like a genuine achievement, and viewing this world through the unique perspective of a cat gives the story considerably more weight. Stray is a game that you will think about even when you’re not playing it.”

Stray is playable on PS Plus!

Stray is available to download and play right now via the PS Plus Extra and PS Plus Premium subscription tiers. Furthermore, if you’re lucky enough, you might be able to play Stray for free!

Have you played Stray yet? If so, let us know your thoughts on the game across our social media channels. Stray is available for PC, PlayStation 5 as well as PlayStation 4.