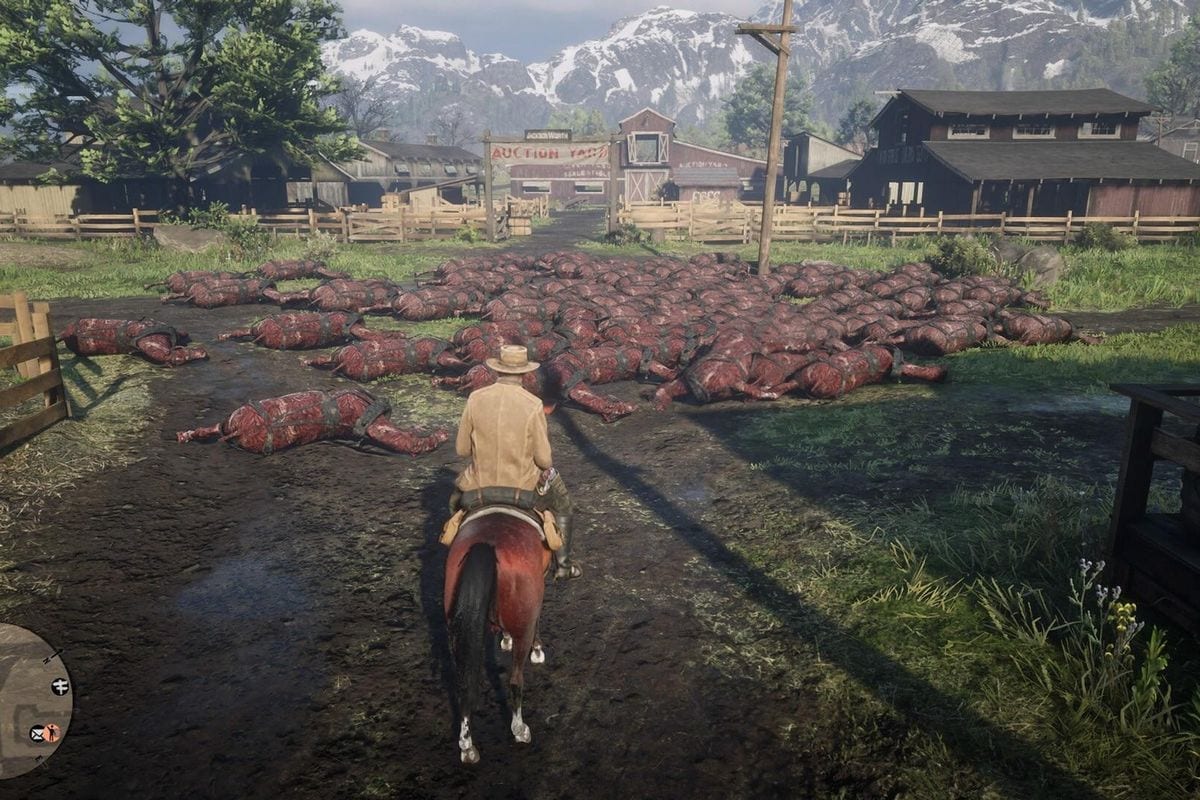 EDIT: A Rockstar employee has reached out to GameByte to confirm the following: “The issue affecting some players in Red Dead Online that was causing reduced numbers of animals in session and other knock-on effects has been resolved.” Thanks, R*!

Rockstar Games fans have been celebrating the launch of Red Dead Online‘s latest patch, which (finally) introduced a whole slew of exciting and fresh content to breathe some life into RDO.

Unfortunately, it’s not all amazing news, as it seems the new patch has brought in a bug that’s introduced piles and piles of burned horse corpses into the world.

Sharing a video clip of the very odd and very terrifying phenomenon on Facebook’s THE RED DEAD REDEMPTION 2 GROUP, one user writes: “Fried and Crispy horses!”

One user responded with a sarcastic: “so glad we’re ‘out of the beta.'”

Over on Twitter, confused RDO players have taken to venting their alarm at the sheer horror of it all.

The piles of dead horses are bad news for fans of the game, who up until now had been thoroughly enjoying the latest patch that finally brought Red Dead Online out of beta.

The game’s latest update has introduced a whole world of new activities and exciting things to do, and players can’t get enough of it…except for the horses of course.

Posting about the update on its official website, Rockstar said last week: “Today’s update to Red Dead Online brings a host of new gameplay including new cooperative story missions, Free Roam activities and the addition of Poker alongside a range of updates and improvements that strengthen and stabilize the foundational world of the Red Dead Online experience…

“This is just the beginning. The future of Red Dead Online not only includes continued improvements to the core elements of the world to make every aspect of the game fun for all kinds of players, but also brand-new experiences that establish a deeper, more immersive connection to the world and your character.”

Seeing as this is “just the beginning,” let’s hope those horse corpses aren’t sticking around for too long…

Rockstar issued this statement soon after the glitch was discovered:

The issue affecting some players in Red Dead Online that was causing reduced numbers of animals in session and other knock-on effects has been resolved.