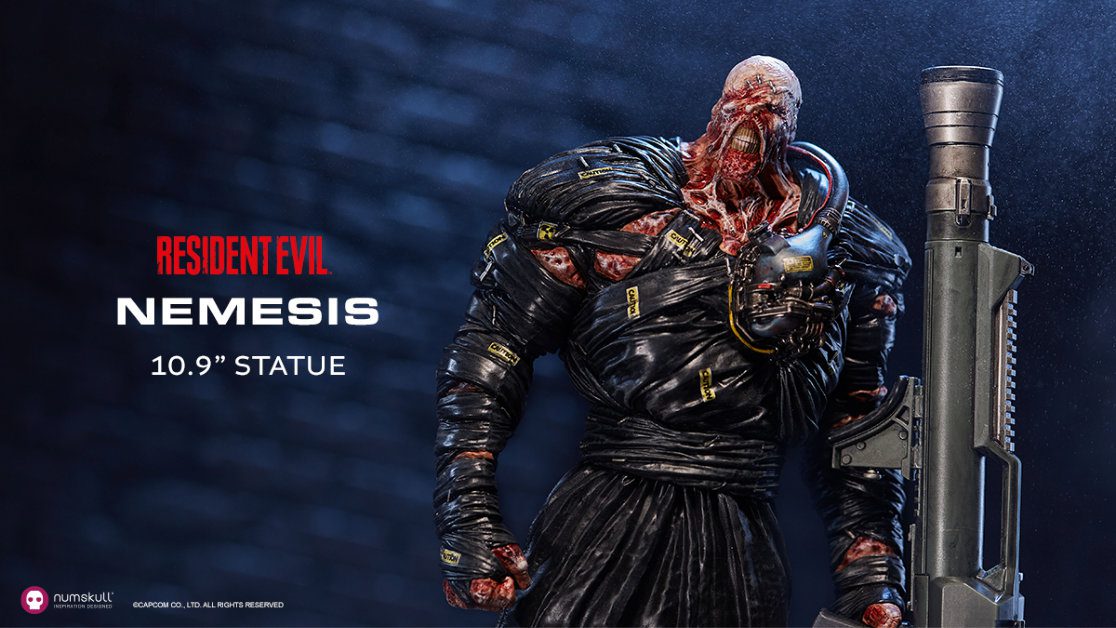 This Resident Evil 3 Nemesis statue from Numbskull inspired by the RE3 remake is incredible and we need this right now!

The Nemesis statue follows in the footsteps of the Tyrant (T-0020) as well as the Licker statues from Numskull and the detail is amazing. However, I’m not so sure if members of the S.T.A.R.S team will be as excited as we are.

Invite Nemi into your home!

“With its only purpose to track down and eliminate S.T.A.R.S members, it’s no surprise this powerful monster carries the name ‘Pursuer’ as it proves to be completely relentless in its hunt.”

The Nemesis statue is made from high-quality PVC plastic and stands 27.7cm (10.9”) tall. Furthermore, Nemi is wielding its iconic rocket launcher and stands firmly on a cracked tarmac base with hazard tape on the ground.

The Resident Evil Nemesis statue is available at various retailers with an RRP of £99.99/$119.99 USD. To be honest, I think it is quite a reasonable price considering the quality of the PVC statue.

In related Nemesis goodness, in our review of the Resident Evil 3 remake, we said: “It’s new but familiar and modernises a classic survival horror game to not only veteran fans of the series but new fans too.”

How about some Lady D?

Are you after something with a little more class? Perhaps something a little more upmarket? If so, this 3ft ¼ scale Lady Dimitrescu statue could be for you. However, be prepared to cough up £1,200 for that luxury!

Will you be picking up the Nemesis statue? Let us know across our social media channels.