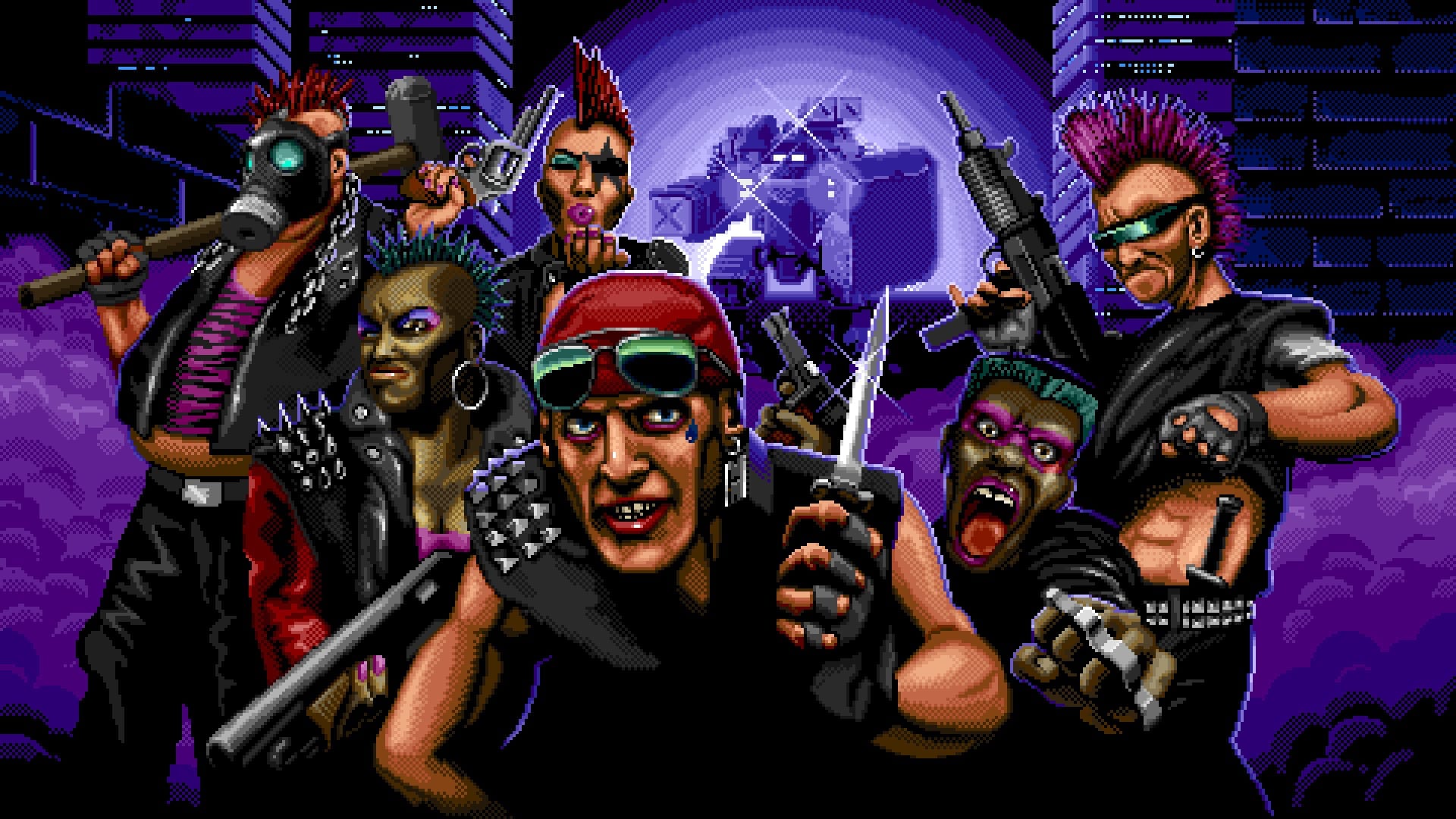 The retro-infused run ‘n’ gun shooter Huntdown has finally launched on Steam and GOG, complete with new game modes and an original soundtrack.

Huntdown first made its debut last year on consoles, where it was praised for its slick gameplay and 16-bit aesthetic. Yet, despite looking like a classic retro caper, Huntdown feels like a modern experience, especially when it comes to the game’s witty pop culture references. Here’s a short synopsis for the game, just in case you need bringing up to speed with its premise:

“In the mayhem-filled streets of the future where criminal gangs rule and cops fear to tread, only the bounty hunters can free the city from the corrupt fist of felony. Lay waste to the criminal underworld and make a killing in this hard boiled action comedy arcade shooter.”

In Huntdown, players can choose from Anna Conda, John Sawyer or Mow Man, three ferociously futuristic bounty hunters with a tendency for violence.

Each contract killer has their own unique way of getting the job done, which is weaved into the game’s mechanics. Also, if you’re a fan of cheesy action movie lines, then you’re going to this trio’s killer sense of humour.

The PC port of Huntdown features a brand new arcade mode, which is sure to appeal to high-scorers and classic gamers alike. Steam users can also play online with a friend, thanks to the platform’s “remote play together” feature. There’s also something to be said about the game’s couch co-op mode, which perfectly captures the essence of playing with a friend in the 90s.

While there’s plenty of retro-inspired games out there, Huntdown takes things to a whole new level. Therefore, if you’re looking to relive the glory days of 16-bit gaming, you should absolutely give this one a try. Synthwave fans can also now grab the game’s official soundtrack, which absolutely slaps!

Huntdown is now available on PlayStation 4, Xbox One, Nintendo Switch and PC via Steam and GOG. PS5 and Xbox Series X/S owners can also enjoy the game, thanks to backwards compatibility.

Have you played Huntdown yet? Let us know what you think on our social media pages!