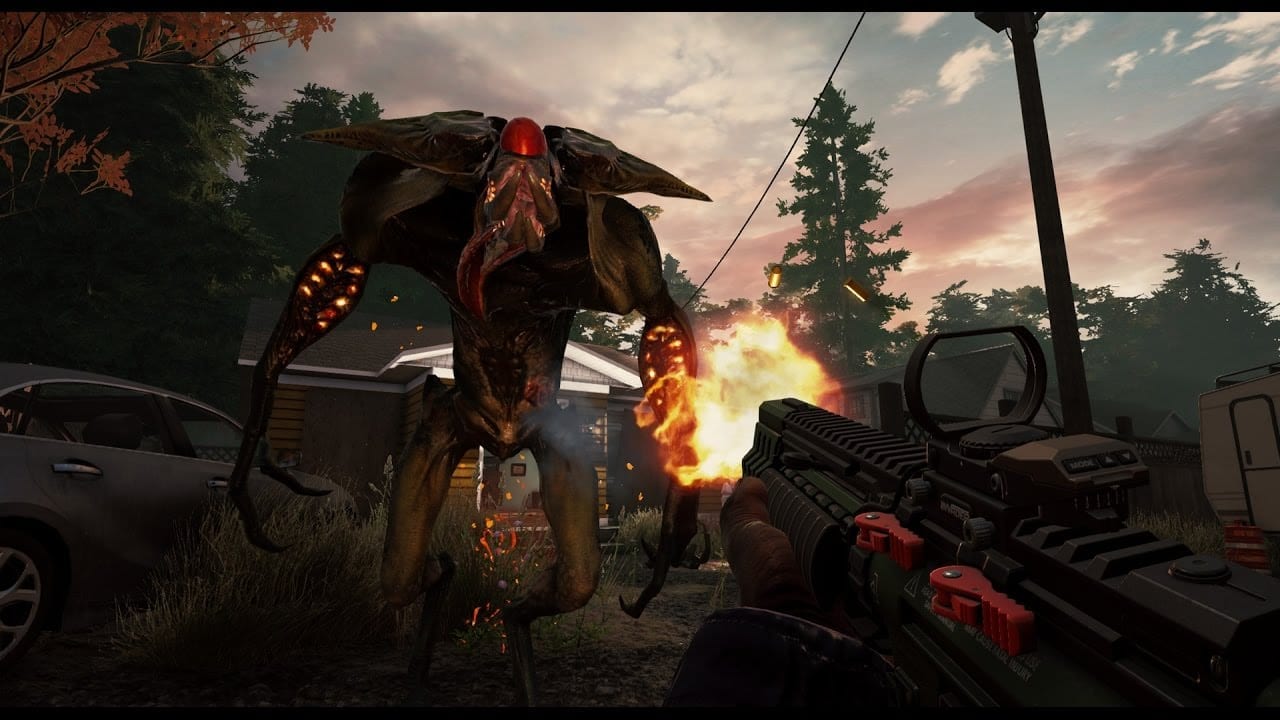 If you’re the kind of person that would scream and shout at a Left 4 Dead 3 announcement, hear me out for a second. This game might just be the game you’re looking for.

LEFT 4 DEAD 3 RELEASE TEASED BY VALVE
Earthfall takes some heavy inspiration from the Left 4 Dead franchise and interweaves its own ideas into a mission based co-op alien shooter.

Like Left 4 Dead, Earthfall fits up to 4 players at once, and there’s a huge focus on holding up throughout different points of each level and fighting it out against waves of deadly foes. 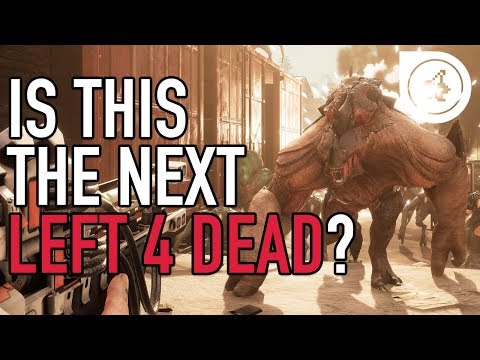 I don’t have anything wrong with game developers taking inspiration from other successful game titles, but does Earthfall have enough to set it apart from Left 4 Dead 2, arguably the co-op shooter king?

What Earthfall Takes From Left 4 Dead 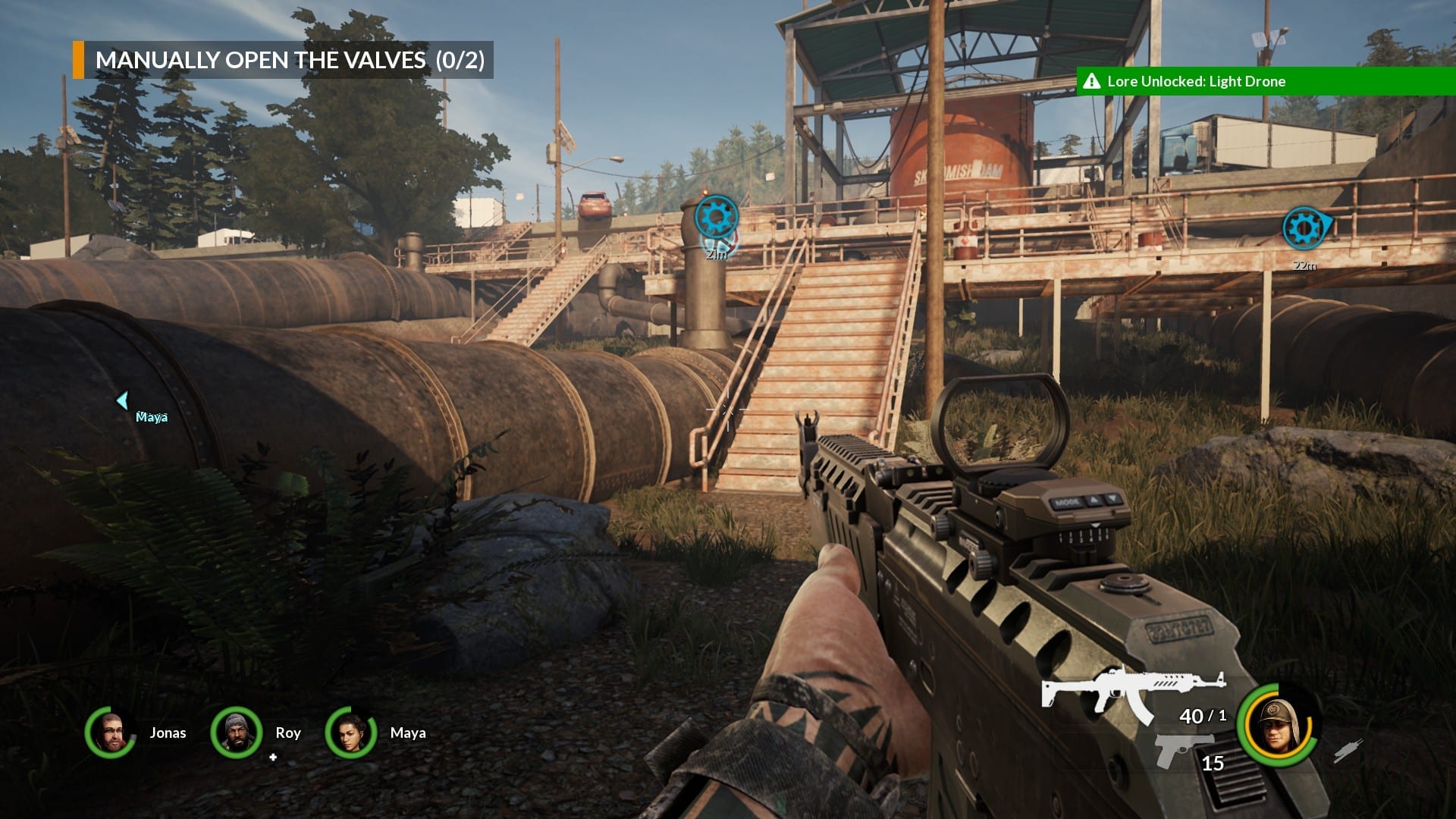 As soon as you jump into Earthfall, you’ll immediately spot the similarities. From the chapter select screen to the way the intro plays out at the start of each chapter, you are almost tricked into thinking you are playing Left 4 Dead.

The first chapter starts you out in a sleepy neighborhood – you are lulled into a false sense of security as you’re given time to understand the controls and game mechanics.

Like Left 4 Dead, you start with a pistol, which has unlimited ammo. As you play throughout each chapter, there will be weapons that can be picked up and will take up your primary weapon slot.

The weapons you find do not have unlimited ammo, but they are far more powerful and more accurate. You can also find melee weapons and more powerful pistols to take up your pistol slot.

There are also inventory slots for medkits and various other items such as grenades and stim injections.

This system was borrowed from Left 4 Dead, and there’s been no inspiration here to change it. Perhaps that’s not such a bad thing – it worked well in Left 4 Dead 2 and it works well in Earthfall.

Whilst Earthfall is an alien co-op shooter, it feels very much like any other zombie game out there when it comes to the zombie types as well. For the most part, you have many alien types that mimic those that you see in Left 4 Dead. 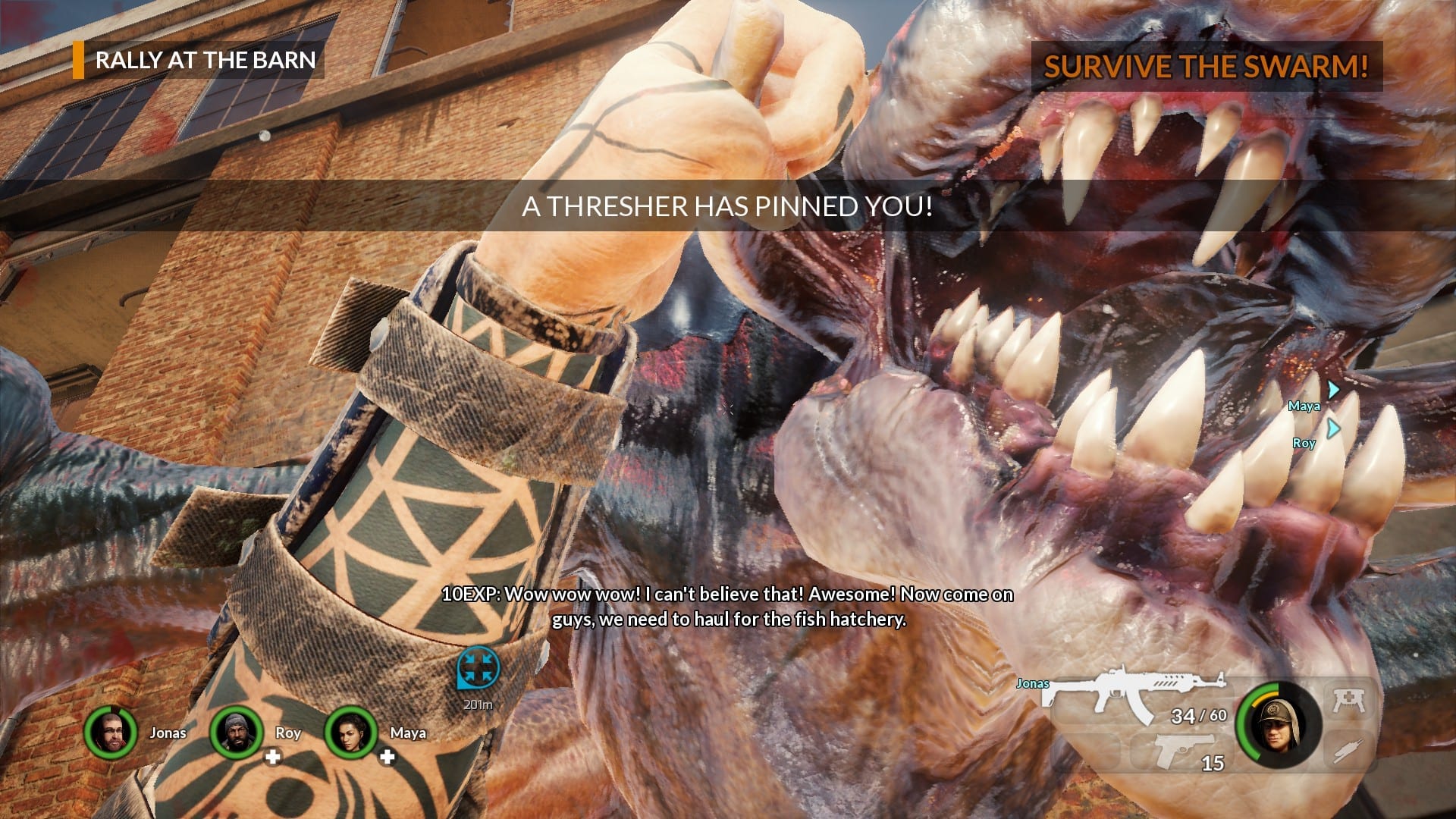 There are some unique alien types that the Earthfall development team has crafted without inside inspiration – we’ll talk more about that shortly.

Overall, the game feels very similar to Left 4 Dead – many of the game mechanics are the same and Earthfall could easily pass off as some kind of mod for the game, as opposed to a new standalone title.

What Makes Earthfall Stand Out From Left 4 Dead 2 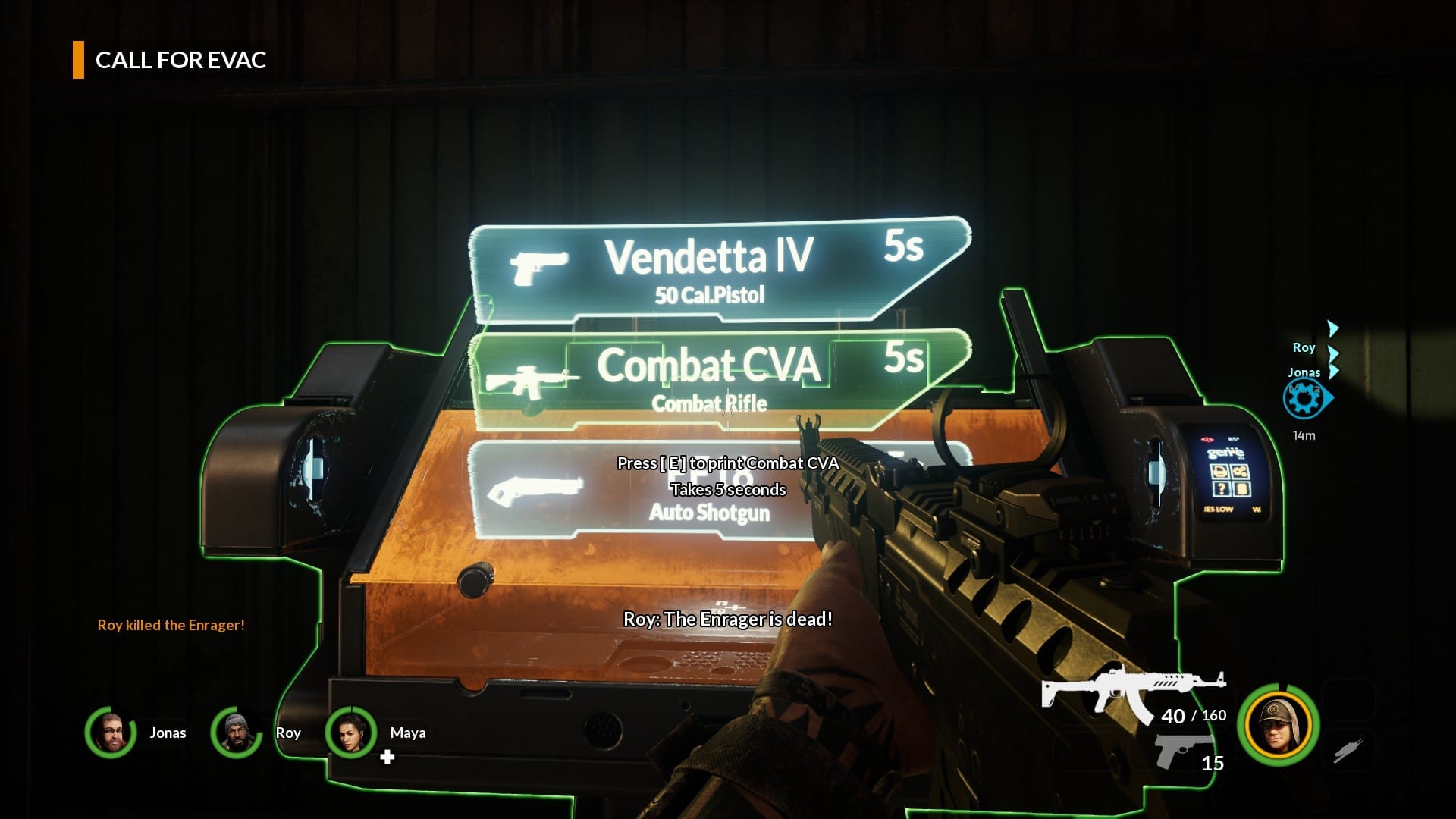 So far, the striking similarities have been the main talking point for our Earthfall review. If you have played Left 4 Dead before, hopefully, I have painted a picture in your mind of what essentially is a Left 4 Dead clone with aliens instead of zombies.

Now that you have that image painted in your head, we can start painting over it with unique mechanics that do help Earthfall to stand out somewhat. 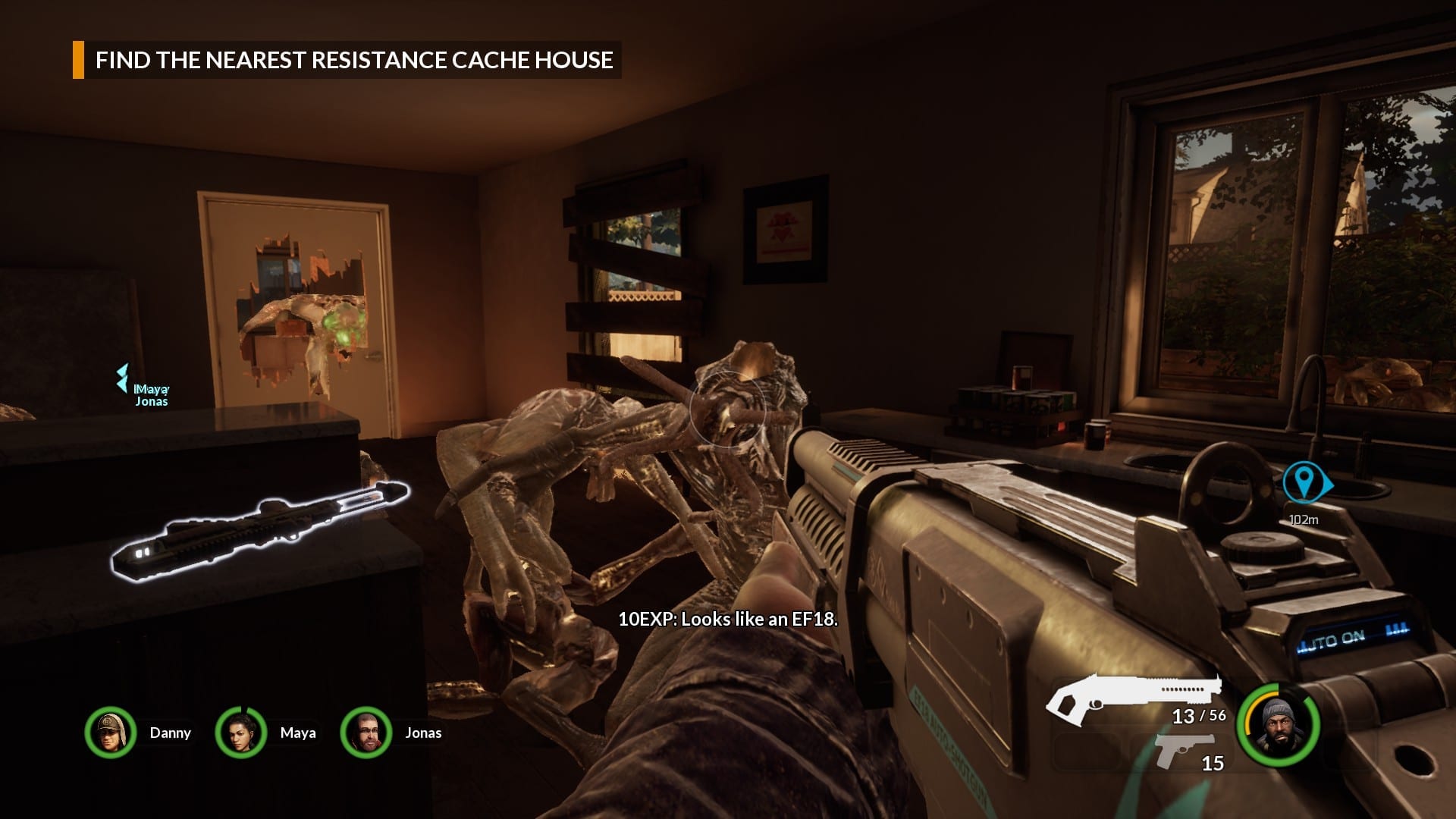 Firstly, we have holdout scenarios. There will be moments throughout Earthfall’s campaign where you and your friends will need to holdout in an area whilst you fight off waves of aliens for a short time.

Earthfall takes a creative way to make these situations more interesting – in these areas, you’ll often have barricades which can be used to set up defensive perimeters. 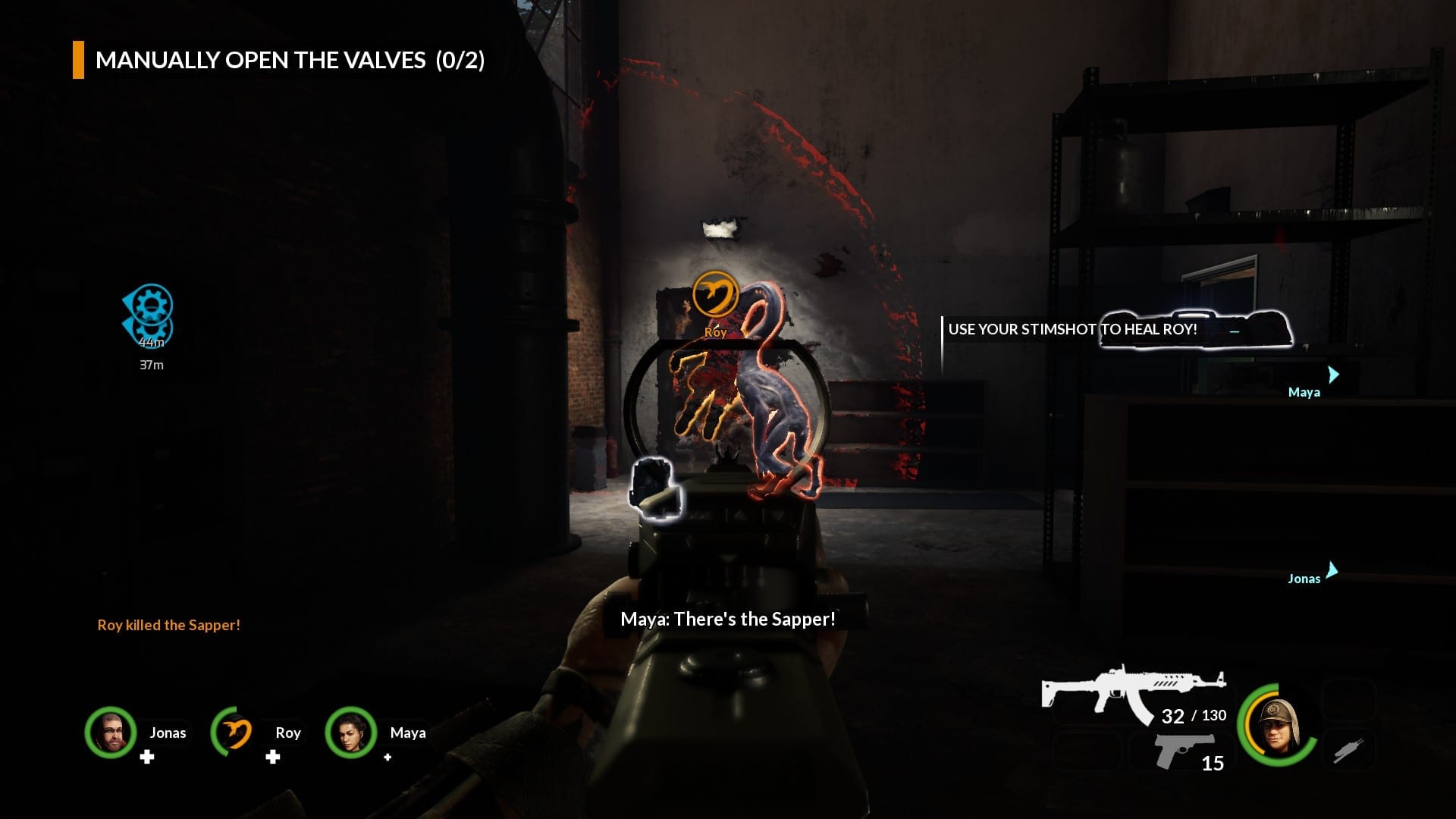 You can also place down operable machine gun turrets, and there are often tools for 3D printing new weapons or healing yourself up during short pauses between waves.

With the alien theme, Earthfall also introduces some new content. Firstly, you have a range of new weaponry, such as alien phase cannons that disintegrate anything it is fired at. There are also some alien types that are quite unique.

What Earthfall Needs To Change 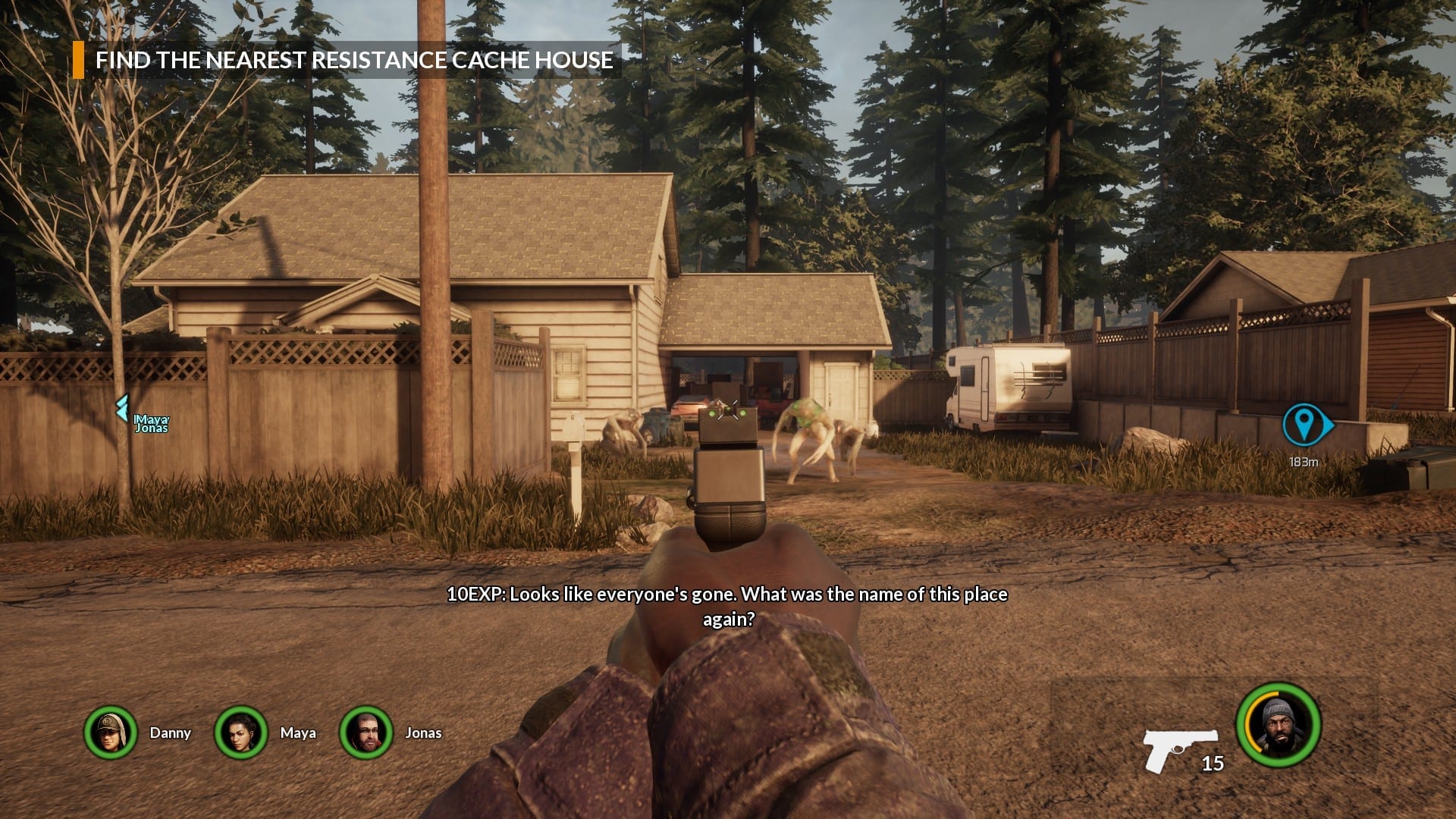 Ultimately, it’s a good co-op shooter experience. It doesn’t necessarily do that much different from Left 4 Dead 2, but if you are a fan of Left 4 Dead, that doesn’t matter.

The game is currently in early access, so I would like to see more of an emphasis on the game mechanics that make Earthfall unique. I’d love to see more opportunities to use their holdout barricading system and I’d love for them to expand their lore by adding more unique alien types.
Really, these small changes are enough to not only make The Game fun, but a unique enough experience to set itself apart from Left 4 Dead 2.

Is Earthfall Worth Buying? 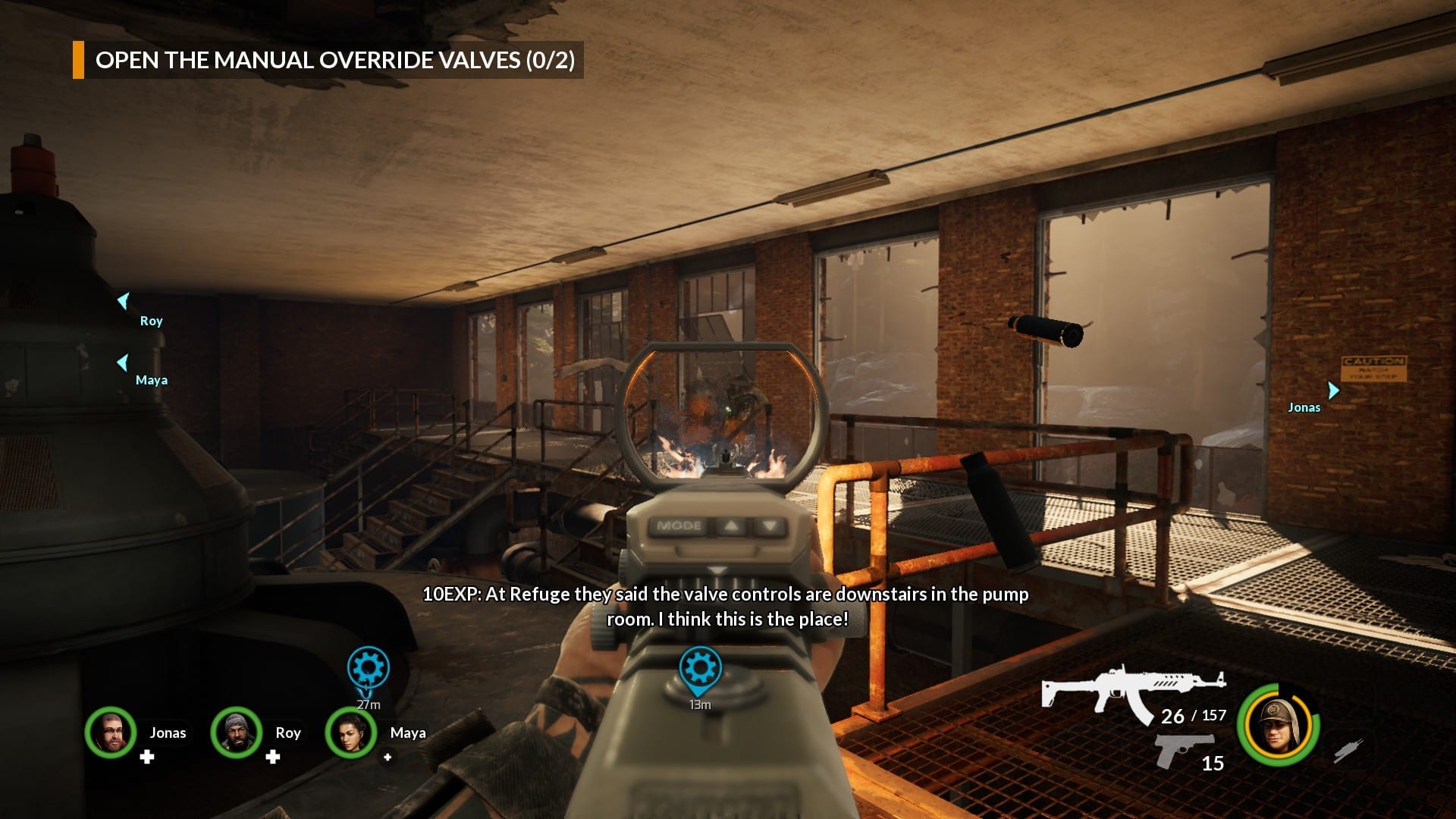 For $14.99, Earthfall isn’t expensive, so that’s a positive. My opinion on whether you should buy Earthfall or not depends on a few things.

Firstly, have you played Left 4 Dead 2 yet? If not, I’d suggest picking up Left 4 Dead 2 instead – it’s what Earthfall is heavily inspired by and it deserves a play.

If you’ve played Left 4 Dead 2 and you enjoyed it, you can buy Earthfall knowing exactly what to expect. There’s no doubt that Earthfall could provide you and your buddies a weekend or two of fun.

If you didn’t enjoy Left 4 Dead 2, I’d say you should avoid Earthfall – the same co-op shooter formula has been plastered all over this game so there’s nothing new here that would make you enjoy it. 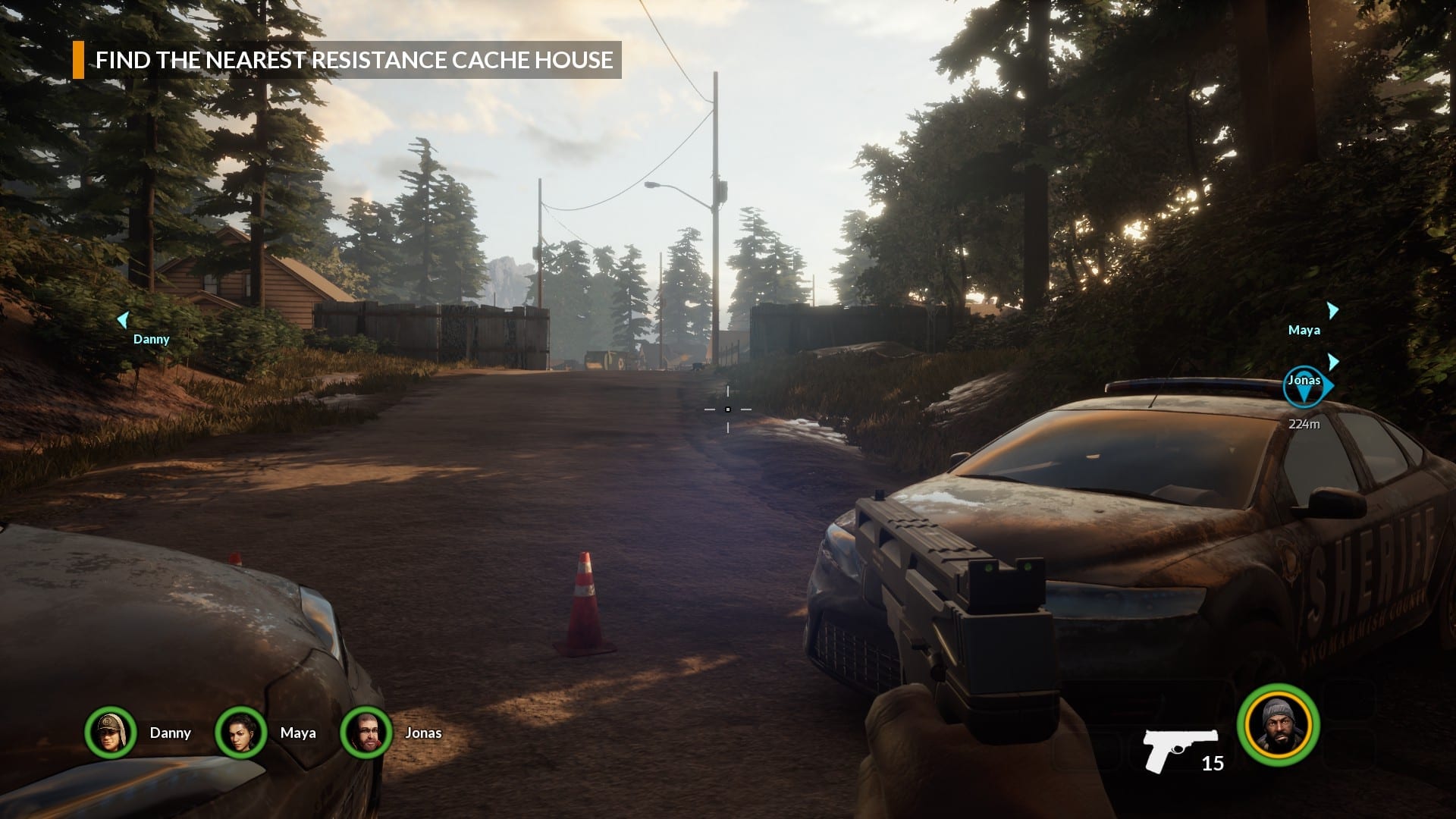 I just want to end this review by talking shortly about the graphics, performance, and sound in Earthfall.

For the most part, Earthfall works fine, but it does start to struggle when huge bundles of enemies are thrown at you. If you have an older processor, you may struggle with frames a little.

The graphics look decent – the alien character models are awesome and the world is filled with enough life to keep things visually appealing. I would like to see a bit more life added to the characters, though. Their stiff, deadpan facial expressions are almost a little creepy to look at.

The sound is good, although there are times where the audio plays up when lots of noises are overlapping each other. Hopefully, this is something that will be fixed.