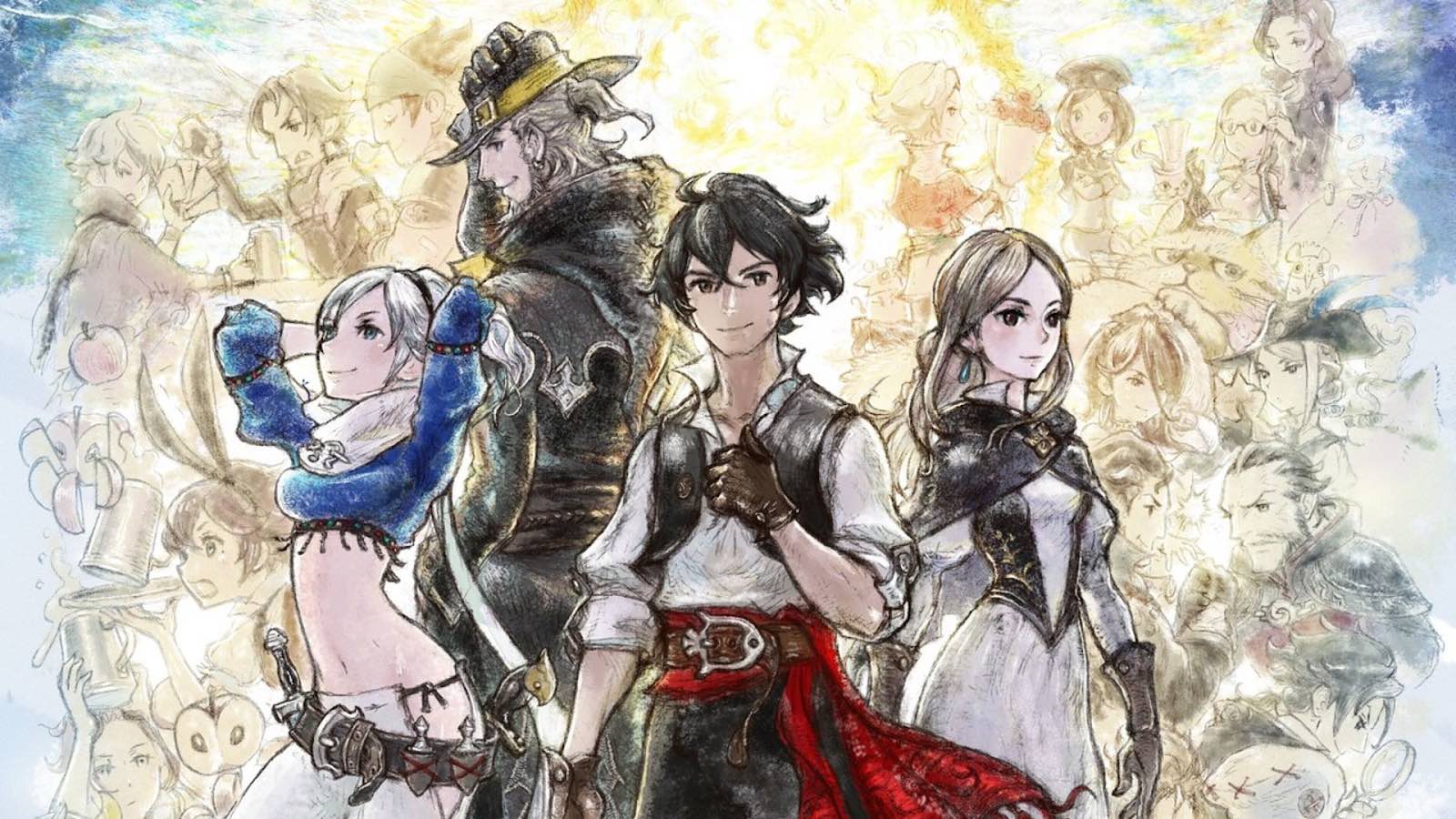 Bravely Default 2 is a JRPG that harkens back to classic games of old, sharing much more in common with Final Fantasy 3 and 5 than your modern Persona titles. The first game turned heads back in 2012, but has 2 managed to recapture that magic while fixing the criticisms they received? Here’s our review of Bravely Default 2.

In terms of story this game is about as simple as they come for JRPGs. Dark armies are on the move, and the world is in danger. As the heroes of light, you must travel to each region, regaining the four elemental crystals in order to restore balance to the land.

While many might be relieved at a very simple take on a classic hero’s adventure, this seems incredibly lacking, especially when looking at the past work of this team. What can be said is while the main bosses have nothing interesting about them, the side characters and fun squad of villains working for them are brimming with character, making every chapter a treat as you encounter these weird and wacky murderers.

The first game had an amazing plot that went way off-the-rails by trying to take on too many time-travel elements, hidden motives and dark betrayals. This game seems far too scared to try anything complicated at all. Towards the end of the game they begin making vague allusions to more deep machinations behind the scenes, but it’s not really felt at all, just stated as a matter of fact when it’s far past mattering.

The postgame adds a lot to their characterisation too, but that will be too little too late for many, especially when this game chooses to follow the NeiR style of having many endings all unlocked sequentially. This was a terrible choice, as while it is often nice to have many endings in games, these aren’t alternate endings really. They end the game very early, force you into the credits only to come back to continue multiple times. Even after the ‘True’ ending, you’re booted back to the menu on a cliffhanger after the credits, only to press continue for one final cutscene … before more credits.

You can definitely see what they were going for, but the writing is nowhere near good enough to get away with such blatant confidence that the audience is invested.

While this game is brimming with charm, this art style is not for everyone. The previous two games were locked to the Nintendo 3DS console, so therefore the chibi appearances of all the cast were an adorable solution to their limited capabilities. Bravely Default 2 really seems to want to do more realistic HD character models, but is far too scared to leave the cute toy-like style that the first games won so much favour with. The results are very mixed.

Some characters look great, others look like action figures half the time, the scaling not doing any favours with the strange overworld. It’s reminiscent of the design of the world in Octopath Traveller, with heavy levels of bloom and realistic water everywhere, but with smoother 3D designs rather than the sleek pixel art it can clash at times.

As someone who was hesitant on the graphics, you forget them quite quickly. After you start playing you barely notice the strangeness when it comes to the visuals, it’s mainly when looking back at footage and screenshots in the aftermath that really makes you notice just how dead and soulless the eyes can be on some of these little heroes of light.

The voice acting is much appreciated, but very inconsistent. Most of the characters sound good, and the variety of accents keeps things fresh, although they are about as accurate and cheesy as something from a Saturday morning cartoon.

One of the most disappointing things was the lack of changes to the locations that you visit. Each of the towns you visit have been shaken by one of the elemental crystals being out of balance, for example the desert city you reach is absolutely flooded due to the influence of the water crystal. This was an area in the demo, and I was really looking forward to seeing the city once you fixed the crystal and removed it from the city, sadly this never changes, and the same can be said for all the others. While this wasn’t promised in any way, it seems like yet another missed opportunity for adding to the overall immersion of the world.

The gameplay is a well-oiled machine, packed to the brim with all the features you would want to speed up a JRPG.

The job system is amazing, allowing you to mix and match at almost any point you want between a variety of classes that all feel valuable and important. If you are a fan of more classic JRPG titles like Final Fantasy 4 or 5, you might want to take a shot at this game for the job system alone.

You can essentially build your own perfect class, taking the skills you earn and combining them in interesting ways. This also presents a problem though. You can essentially become unstoppable very quickly, and despite most RPGs being fairly exploitable, this game is hit badly by lack of balance.

For example, one of the very first classes you get, Vanguard, has a skill that makes your strength scale with likelihood to be targeted. Combining this with their own aggression skills, the stats boost so high you can kill almost anything easily. I had to actively choose not to use that job so I stopped killing bosses in just a few seconds. While this is handy for clearing out encounters that you’re stuck on, if you want to have any form of challenge then you may actively have to choose to play sub-optimal classes, because the good ones absolutely destroy everyone in your path.

It’s not just the jobs that give you choices, you have quite a lot of control over the gameflow itself. You can speed up the fighting all the way up to times four if you choose, making fights slip by as quickly as you need, all cutscenes are skippable and you can avoid almost all encounters by not colliding with monsters on the overworld.

While the combat is a breeze, the menus aren’t welcoming to those who like pleasing aesthetics. There are so many numbers and statistics you need to turn pages for a single character to see them all.

Objectives are marked fairly clearly, but often new side quests will appear constantly, seemingly at random at times, making it feel quite overwhelming at times for a completionist. You can luckily change which you are tracking in the settings.

SHOULD YOU Play BRAVELY DEFAULT 2?

Bravely Default 2 is a hard game to love, but I really want to. Inconsistency would be the key word here, and it’s these strange choices that prevent it from being held to the same standard as the original game, or even the more-recent project Octopath Traveller. This game is really fun to play, but you’ve got to really get into the right mindset for it, and you won’t be getting anywhere if you came for the story alone.

A huge amount of my time in the game was just fighting enemies in the wild because of how fun the jobs were to experiment with, and how satisfying it is to level them up and discover their secret skills, but I can’t pretend I cared about the narrative at all towards the end game. For a very simple plot, it somehow still manages to feel like many characters are unjustified and confusing.

There is so much potential here that doesn’t quite reach the mark, and it’s quite mind boggling as to why some of these problems exist when they didn’t in their previous work.

However, with that incredibly addictive gameplay alone, along with the plethora of side-content, I can see traditional Final Fantasy fans having a lot of fun here, even if it’s a bit of a shallow adventure. Now that this engine has proven it’s worth in terms of gameplay, I am very excited for their next project if they have more time to spare in the writing room.