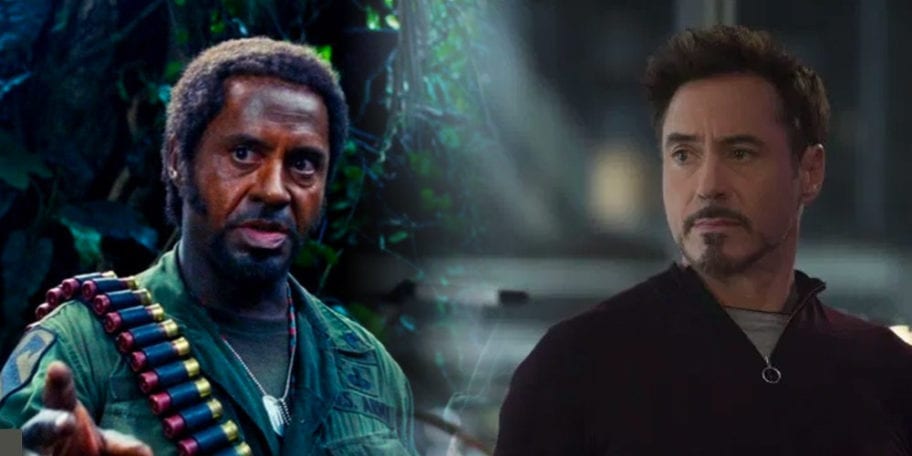 It’s been 10 whole years since Ben Stiller’s satirical film Tropic Thunder hit theatres, but the controversial movie is in the headlines once again.

When it released, Tropic Thunder received backlash over Robert Downey Jr’s role and his wearing of blackface for his part as Australian method actor Kirk Lazarus, who underwent “pigmentation alteration” surgery to play a fictional African-American soldier.

However, RDJ spoke out in a recent interview on The Joe Rogan Experience podcast, where he confessed he was originally concerned about accepting the role, before eventually accepting.

“When Ben called and said, ‘Hey I’m doing this thing’ – you know I think Sean Penn had passed on it or something. Possibly wisely. And I thought, ‘Yeah, I’ll do that and I’ll do that after Iron Man.’ Then I started thinking, ‘This is a terrible idea, wait a minute,’” he explained.

“The other thing is, I get to hold up to nature the insane self-involved hypocrisy of artists and what they think they’re allowed to do on occasion, just my opinion,” he shared.

However, Downey Jr revealed that he completely understands how some people could have taken offence to the character, saying:

“Ninety per cent of my black friends were like, ‘Dude, that was great’… I can’t disagree with (the other 10 per cent), but I know where my heart lies,” he added. “I think that it’s never an excuse to do something that’s out of place and out of its time, but to me it was a blasting cap on (the issue).

“Sometimes, you just gotta go, ‘Yeah I effed up.’ In my defence, Tropic Thunder is about how wrong (blackface) is, so I take exception.”