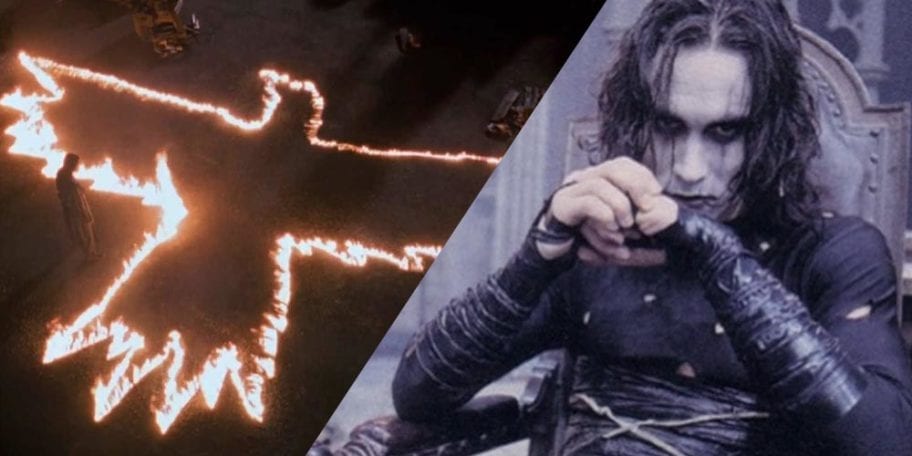 The long-awaited reboot of The Crow has gotten an update, and is finally takes tentative steps to leave the nest. Although many had given up on The Crow reboot, there’s good news for fans of the brooding blockbuster.

It’s no secret that the legacy of The Crow is one of the most controversial in Tinseltown. There have whispers that the franchise is ‘cursed’, which might explain why no one’s touched it since The Crow: Wicked Prayer in 2005.

Now, Bloody Disgusting reveals The Crow reboot is officially back in development. There are no further details, but the reliable source assures horror hounds the project is moving forward after Sony pulled the movie from its July 2018 slate.

Way back when, Sony had promised a faithful retelling of James O’Barr’s 1989 comic book that told the story of musician Eric Draven, who is brutally murdered alongside his fiancee and brought back from the grave to avenge her death.

The Crow reboot was originally tipped for a October 2019 release and set to star Jason Momoa as Draven. This obviously never happened, but at least there’s still interest in The Crow spreading its wings once again. That being said, there’s still no news on whether Momoa is also back on board.

The Game of Thrones and Aquaman actor was due to play the reboot’s lead, but posted an emotional tribute on Instagram back in 2018. The star said, “Ive waited 8 years to play this dream role. I love you @corinhardy and @sonypictures unfortunately I may have to wait 8 more.

“Not our team. But I swear I will. James O’Barr sorry to let you down I won’t on the next. This film needs to be set free. And to the fans. Sorry. I can’t play anything but what this film deserves and it needs love. I’m ready when it’s right.”

By now, everyone will know the tragic story of Brandon Lee’s death on the set of the original movie. With shooting overrunning by a week, the weapons master was told he was no longer needed, and a prop gun was loaded with a blank. However, the barrel still contained a piece of shell from a previous scene, meaning actor Michael Massee fatally shot Lee in a freak accident.

This wasn’t the only ‘curse’ of The Crow though. On the first day of shooting, a carpenter received serious electrical burns. There was also a publicist being involved in a car accident, an equipment truck caught fire, a stuntman fell off a roof, someone put a screwdriver through their hand, a truck crashed into the set, and a storm caused thousands of dollars worth of damage.

On the day Lee died, Entertainment Weekly ran an article titled “Bird of Ill Omen” and listed all the accidents, not knowing the tragedy that was about to strike the movie’s lead actor. Even if you believe The Crow is cursed, here’s hoping this cult classic can get a new lease of life and eventually flap its way into theatres.