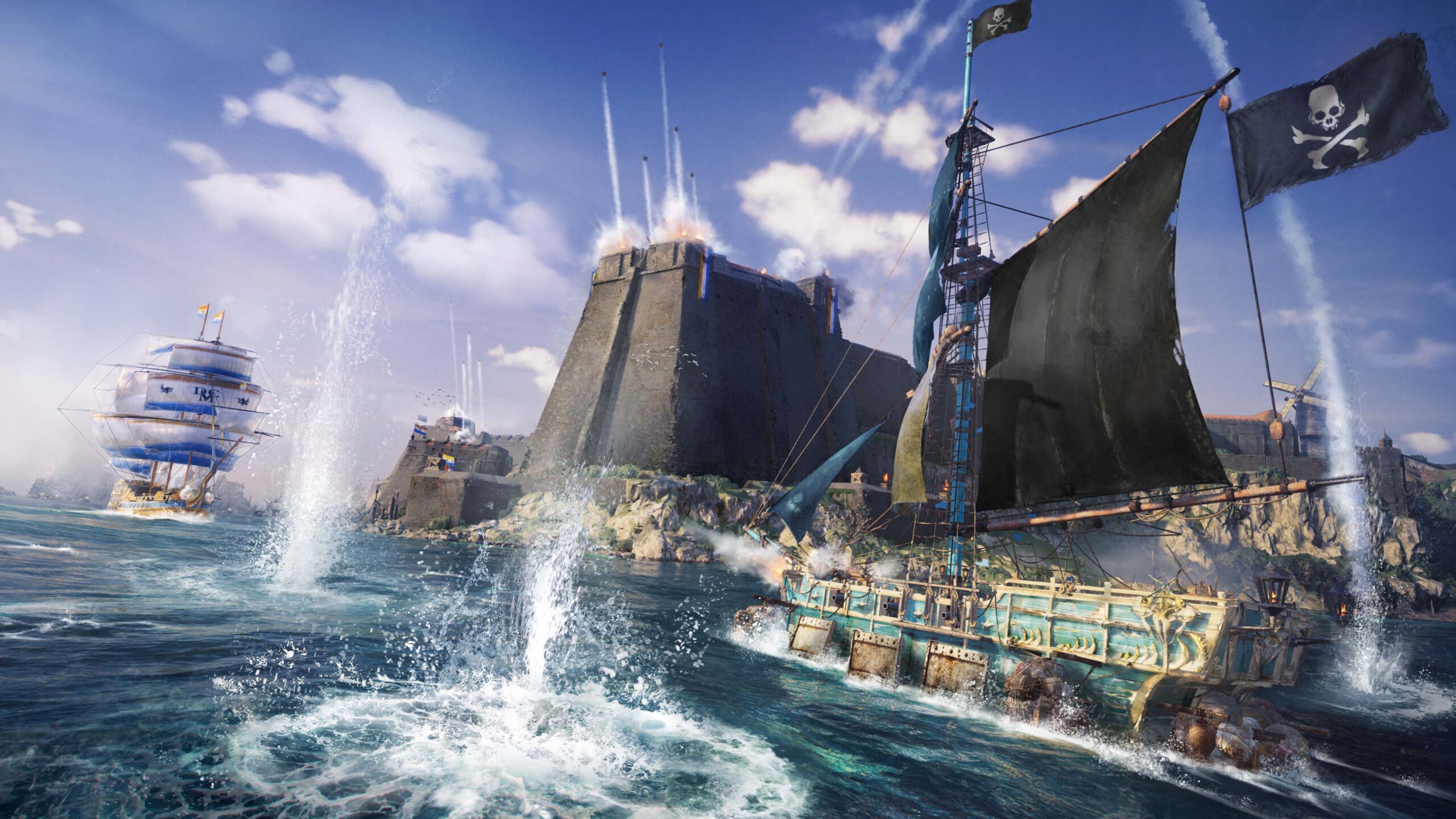 It’s been a long and wild ride for Skull and Bones, the latest pirate adventure from Ubisoft. First revealed way back in 2017, it began as a multiplayer spin off utilising the core naval combat mechanics of Assassin’s Creed 4: Black Flag.

After several years of a rumoured troubled development, the project is nearing a release date. However, the game has undergone significant changes since we last saw it, for better or for worse. While we haven’t had a chance to get hands on with Skull and Bones yet, here are a few things we liked about what we’ve seen so far and a few things we didn’t.

Watch the new gameplay for yourself below!

Ubisoft claims that it has tried to go for a much darker, grittier direction for Skull and Bones, and that’s clear to see. While the game is still vibrant in its presentation, the arcade multiplayer gameplay is long gone.

Players start their journey as a washed up pirate with nothing but a tiny ship, known as a Dhow. From there, players are tasked with taking on contracts and engaging in world events to build up their ship, and ultimately their infamy on the seven seas.

There’s a bit of ship management involved now, too. Players must manage their cargo accordingly, taking enough resources to keep their crew fed and watered while leaving room for treasures along the way. Be careful, though. Not keeping your crew happy will lead to a mutiny.

What hasn’t changed all that much is that you’ll be taking part in naval combat, and lots of it. The core fundamentals from Assassin’s Creed 4 are still here, but they’ve been developed enough to differentiate themselves from their inception.

Players will be able to purchase and upgrade all sorts of weapons for their ship depending on the encounter they’re planning on taking part in. Some ships may have fire resistant hull armour, so brute force damage will be preferential, for example.

From what we’ve seen, combat looks suitably crunchy, too. Taking down ships with your crew and co-op mates looks like it will be a certifiably satisfying gameplay loop.

Speaking of co-op mates, Ubisoft explains that Skull and Bones can be played entirely solo. However, this is a game that will most certainly be best experienced in a co-op group. Skull and Bones is an online social game, so you’ll be constantly running into other players. You can team up with your mates and carry out missions together, just like in most MMO titles.

If you’d like to team up against other players, you can also opt into PvP servers for an added edge. When your ship is destroyed, you’ll respawn at a nearby port with some of your progression and items lost. However, these can be recovered if you return to the spot you died at. Be wary, though – other players can steal your items before you get there.

Skull and Bones seems like it will let you completely customise your ship to make it truly your own. Ships are measured in four measurements: Cargo, Top Speed, Hull, and Fire Power. It’s your job to upgrade each of these categories as you like, depending on the sort of pirate you want to be.

Just like in Sea of Thieves, there’s also cosmetic customisation. You can craft your pirate captain and his ship into your perfect fantasy.

Let’s talk about progression. Like most games, you’ll earn XP points for completing missions, taking part in world activities, and taking down enemy ships. In Skull and Bones, this is measured in infamy. Complete more objectives, and you’ll go up in the hierarchy of pirate legends.

However, what separates Skull and Bones apart is that there is some risk to each task you take on. While completing a mission may reward some infamy, failing it will cost you some. This adds an unexpected element of risk to each objective, encouraging players to think carefully about how they approach each encounter.