With the launch of PS5 right around the corner the rumour mill is in full swing, and once again it’s believed that Konami could have stuck a deal with Sony to bring some of its classic games to next-gen.

There’s been rumours of a potential Silent Hill revival on the cards for both Sony and Konami, but it doesn’t end there, as it’s now believed that Metal Gear Solid could also be getting the PS5 treatment.

The news comes from known video games leaker and YouTuber RedGamingTech, and as it’s still unconfirmed, best take the rumour with a pinch of salt for now.

In the video below, RedGamingTech claims that the original Metal Gear Solid game (a.k.a MGS on PS1) will be coming to both PC and PS5. The user alleges that the game will be a full remake and not a remaster, which isn’t too surprising as it’s a very, very old game now.

RedGamingTech has a spotless past record when it comes to leaks, though it’s important to note the YouTuber normally focuses on tech and hardware leaks as opposed to video games themselves. 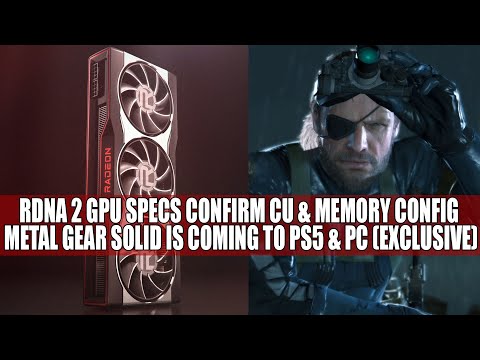 At the time of writing, neither Sony nor Konami have responded to the rumour. Could a remake of one of the world’s most beloved games really be happening? Watch this space…

Speaking of Konami, we’re still yet to hear whether or not a Silent Hill remake is on the cards. Rumours of a remake have been rife for a while now, with one source claiming the reveal should have taken place earlier this year.

Known Resident Evil leaker, AestheticGamer on Twitter, took to the platform earlier this year to say that they believed the announcement could come in either August or September. I guess there’s still time for that to happen…?