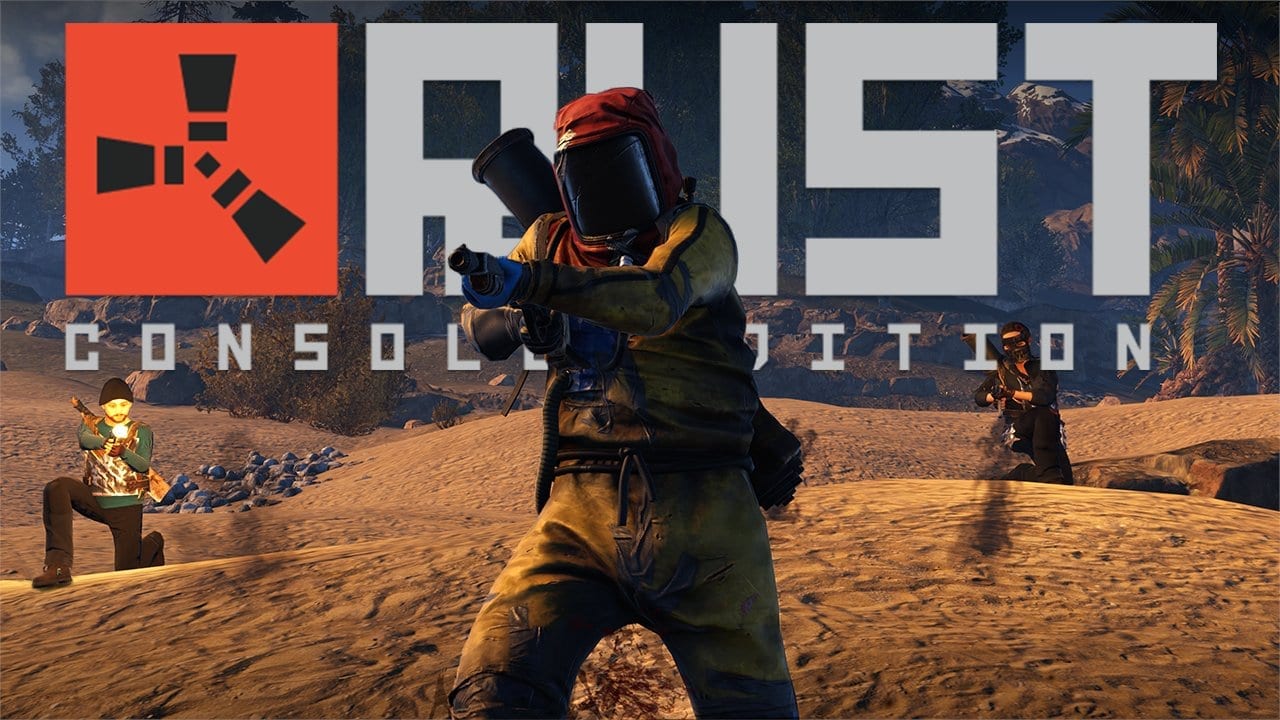 After spending a short while in its closed-beta stage, the release date for Rust: Console Edition has finally been announced.

As confirmed by the developer, Rust: Console Edition will release for PlayStation 4 and Xbox One on Friday, May 21st.

Additionally, if you pre-order the Deluxe Edition of the game, you will get in on its “Pre-Order Beta Access” which is said to begin sometime in April.

In total, there will be three versions of Rust: Console Edition to pre-order.

We have the standard “Day One Physical Edition”. This one doesn’t give you beta access (which is a shame), but it does come with the Future Weapons and Tools Skin Pack.

As mentioned, the Rust Deluxe Edition will give you access to the beta, but will also give you three days early access before the game launches on May 21st.

The Deluxe Edition also comes with the Future Weapons and Tools Skin Pack, a Welcome Pack, and Staging Branch Access.

Finally, we have the Rust Ultimate Edition. This includes the beta, three days of early access, and the bonus DLC included in the Deluxe Edition.

According to Double Eleven, the team handling the console port, Rust: Console Edition is “designed as a separate experience from its PC counterpart, optimized specifically for console players.“

“Rust is and forever will be the baby and brainchild of Facepunch Studios, and we’re extremely grateful to be able to take what they’ve done and create our own console edition of their incredible game,” said Mark South, COO at Double Eleven.

“Our Console Editions of Rust are certainly Rust as people know it, but under the hood – where we’ve spent the last few years – we’ve created an exceptional Rust experience designed for consoles and their players. We’re looking forward to hearing player feedback when fans can jump in later this spring.“

Are you looking forward to playing the console edition of Rust and are you counting down the days until its release date? Let us know across our social media channels.

Poker Is Officially Coming To Rust