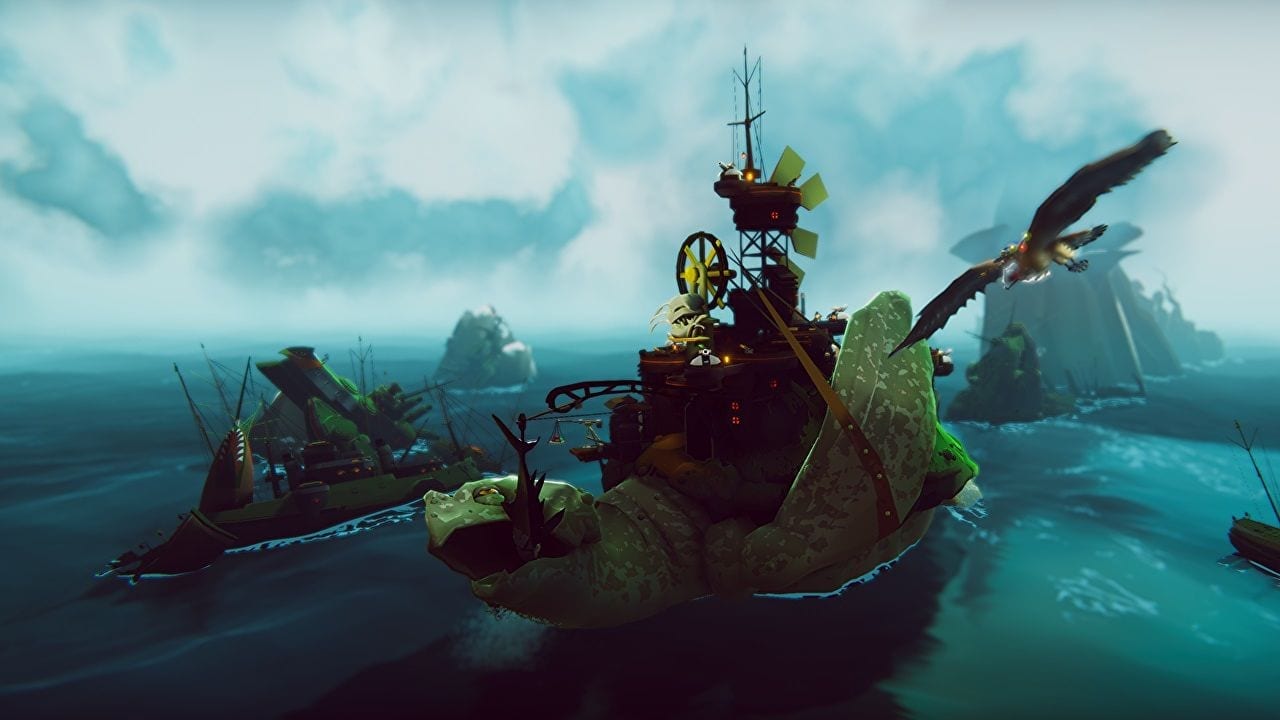 Wired Productions officially joined the livestream game earlier this week with a jam-packed event showing off a whole host of exciting new games coming our way. Just one of the many announcements was the news that The Falconeer has new free DLC – and it lets you play as a pirate!

In case you missed it, The Falconeer is “an open-world air combat game, featuring frenetic aerial dogfights and deep exploration of the mysterious open-world of The Great Ursee.“

The new DLC is called “Atun’s Folly,” and in a nutshell, it allows you to become a pirate bird! In Atun’s Folly, you will “live the pirate life” in the BAFTA-nominated title.

“Navigate the perilous waters of the Great Ursee, discover Atun’s Folly, a Pirate settlement and take on missions to raid the Imperium’s wealthy traders, with fearsome new enemies to defeat!” says Wired Productions.

As the Falconeer in Atun’s Folly, you’ll be able to attack traders, steal their loot to sell at easy profits, pay off the authorities to lower your wanted level, and even visit a pirate city located on the back of a giant turtle!

The best news is that Atun’s Folly is available to download right now, and it’s completely free for those that own The Falconeer on PC, Xbox One, and Xbox Series X|S.

The Falconeer is also included in the Xbox Game Pass library, so if you subscribe to this service and you haven’t played The Falconeer, now is the perfect time to see what all the fuss is about!

Will you be trying out the free Atun’s Folly DLC and living your best pirate life in The Falconeer? Let us know across our social media channels.

If you missed the Wired Productions livestream, you can catch up on all the latest game reveals and announcements in the video below!

Cyberpunk 2077 Has Missed Its Release Window For Free DLC