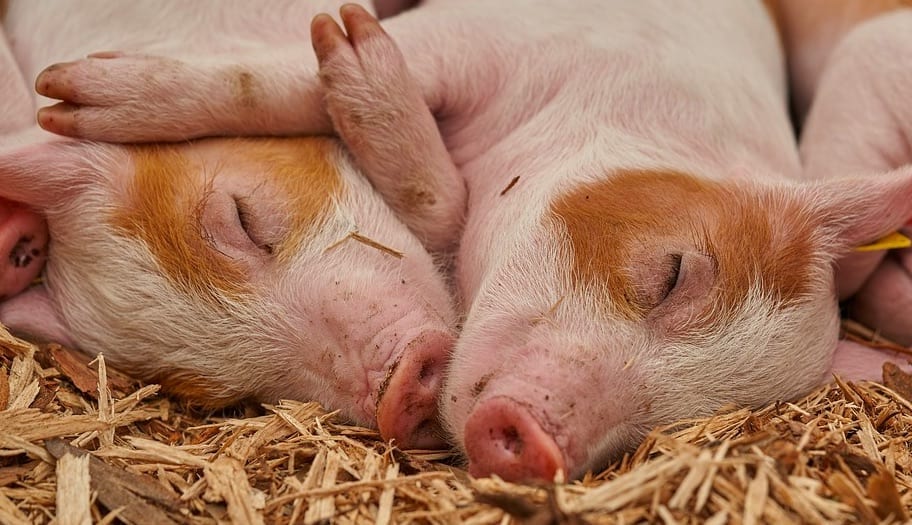 We’re barely into 2021, and somehow, scientists have managed to train pigs to control video games using their snouts. Researchers achieved the feat during an experience titled “Acquisition of a Joystick-Operated Video Task by Pigs” [via BBC], which involved training the piggy players to associate a food reward with manipulating a video game.

The four not so little pigs, Hamlet, Omelette, Ebony and Ivory, were set the task of moving a cursor around a screen. The goal? To successfully steer the cursor into walls to receive treats. The result? A posse of pigs that could be the next big thing in the world of esports. All jokes aside, the pigs managed to associate the game’s visual actions with food, meaning they could follow the game’s primary loop.

What’s even more impressive is that even when the food dispenser broke, the pigs kept playing. Even though there were no tasty trophies, the pigs enjoyed the “social contact” created by playing the game. This would indicate that these porcine aren’t just achievement hogs and instead just enjoy the overall experience of playing video games.

The lead author of this experiment, Dr Candace Croney, emphasised the importance of the study, stating that “as with any sentient beings, how we interact with pigs and what we do to them impacts and matters to them.”

The scientist also proclaimed that this was “no small feat” for the pigs and that the whole learning process wasn’t easy for them.

In other animal gaming news, Elon Musk stated that he has monkeys playing video games with their brains. This is achieved by implanting a device in the monkey’s brain, enabling them to control a game of pong cognitively.

Perhaps we’ll one day see Musks Mecha Monkeys compete against our aforementioned grunting gamers. Personally, I’d have them play Hogs of War on the original PlayStation (we know who’d have the advantage there).

When George Orwell wrote the famous line “All animals are equal, but some animals are more equal than others,” I bet he wasn’t thinking about gamer pigs.