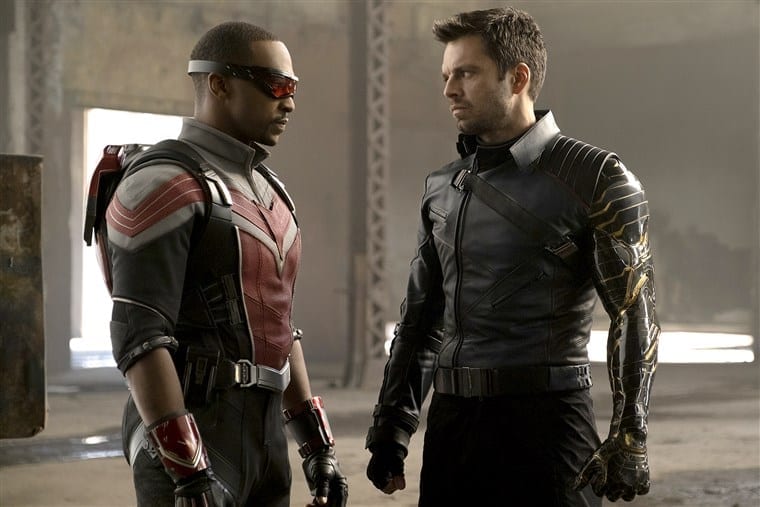 Being a Marvel superhero is sure to make you instantly recognisable. While most actors will be asked for pictures or an autograph, The Falcon and The Winter Soldier Star Sebastian Stan is frequently presented with the code phrase that transforms his character into a murderous menace.

During a conversation with BBC Radio 1, Stan confirmed that fans regularly say the Russian code phrase in his presence [via IGN].

Hydra first uses the phrase in Captain America: The Winter Soldier to turn Bucky Barnes into a brainwashed sleeper agent. Stan described a typical encounter with fans and how he approaches the situation:

“It happens at coffee shops. It happens a lot. And it’s always very funny. It’s an honorable thing I guess. You’re very taken with it all the time. You do have to sometimes look at people in the face and say, ‘No, I will not become the Winter Soldier when you say that. You can keep saying it, and maybe you should say it, maybe that’s a moment we both need to have together, now, here. But nothing crazy will happen.”

While Marvel fans will likely remember the significance of the phrase, bystanders are probably going to be confused. There’s something pretty funny about the fact that fans are willing to learn a series of random Russian words so that they can shout them at an actor.

Stan’s response to fans wielding the phrase is sublime and serves as the perfect reply to such an odd public situation.

For those of you who can’t read Russian, that translates to “Longing, rusted, seventeen, daybreak, furnace, nine, benign, homecoming, one, freight car”. That’s quite a mouthful to remember, especially when standing in line for a flat white!

The Falcon and the Winter Soldier is currently streaming on Disney Plus.