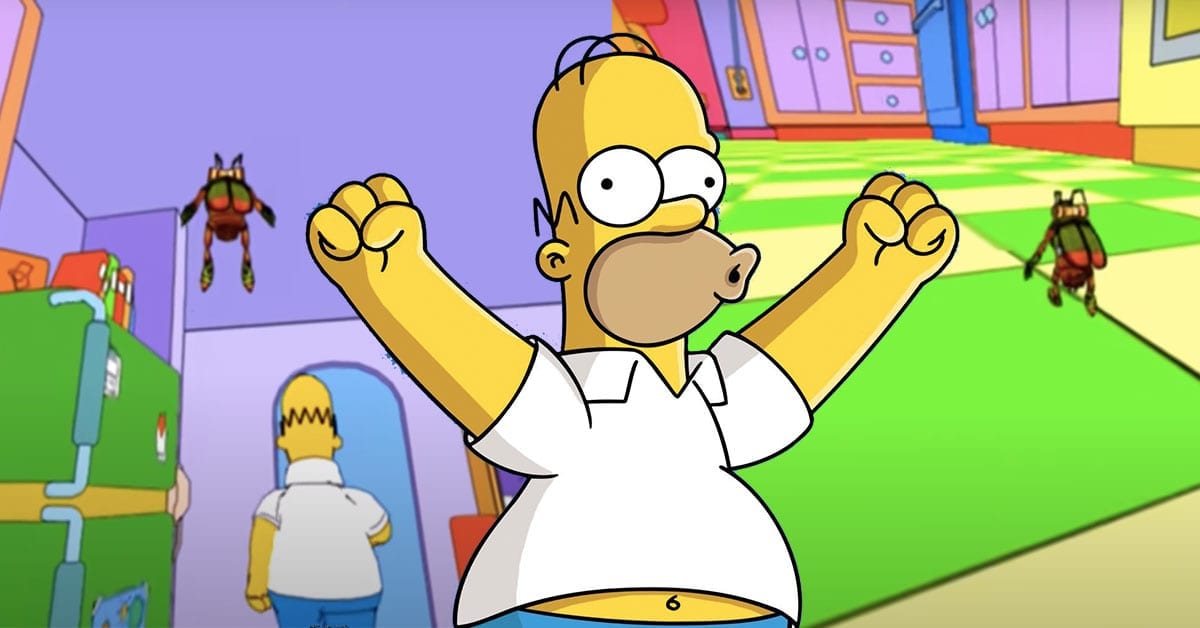 A ‘secret’ unreleased and unannounced The Simpsons game has been discovered on a SEGA Dreamcast dev kit, and it’s pretty darn weird.

The game in question is called The Simpsons: Bug Squad and from what the gameplay video below shows, you’re a bug in the home of the Simpson family.

The unreleased game was discovered after a user on the Dreamcast-Talk forums by the name of Sreak posted some old files from a broken SEGA Dreamcast dev kit hard drive for fellow users to explore. The story was then picked up by Kotaku.

Quite quickly other users began to find some interesting files in particular those relating to The Simpsons: Bug Squad.

Forum user Megavolt85 discovered the images of The Simpsons: Bug Squad and then soon enough they were able to get the game running. A video was then uploaded by pcwrzd13 of the Dreamcast Channel. Check it out below.

As the name of the game suggests you play as a bug, though there is no sign of you being a squad in the prototype/tech demo.

The tech demo has no audio whatsoever, and includes only two rooms of the Simpsons house (kitchen and living room) as well as a wandering Homer Simpson.

To be fair, the tech demo looks quite good with its cell-shaded visuals and it seems to be a faithful recreation of the popular sitcom, running on hardware from the early 2000s.

From what I can remember, the insect not featured in this tech demo has never been seen in The Simpsons TV series.

So it makes me believe that it was a random character made to show what some of The Simpson’s house can look like running in-game, perhaps for a Simpsons game once planned to release for the Dreamcast.

Unless The Simpsons: Bug Squad was an actual planned game for the SEGA Dreamcast that never saw the light of day…

The tech demo was created by Red Lemon, a studio that developed the cancelled SEGA Dreamcast game, Take The Bullet (as found below).