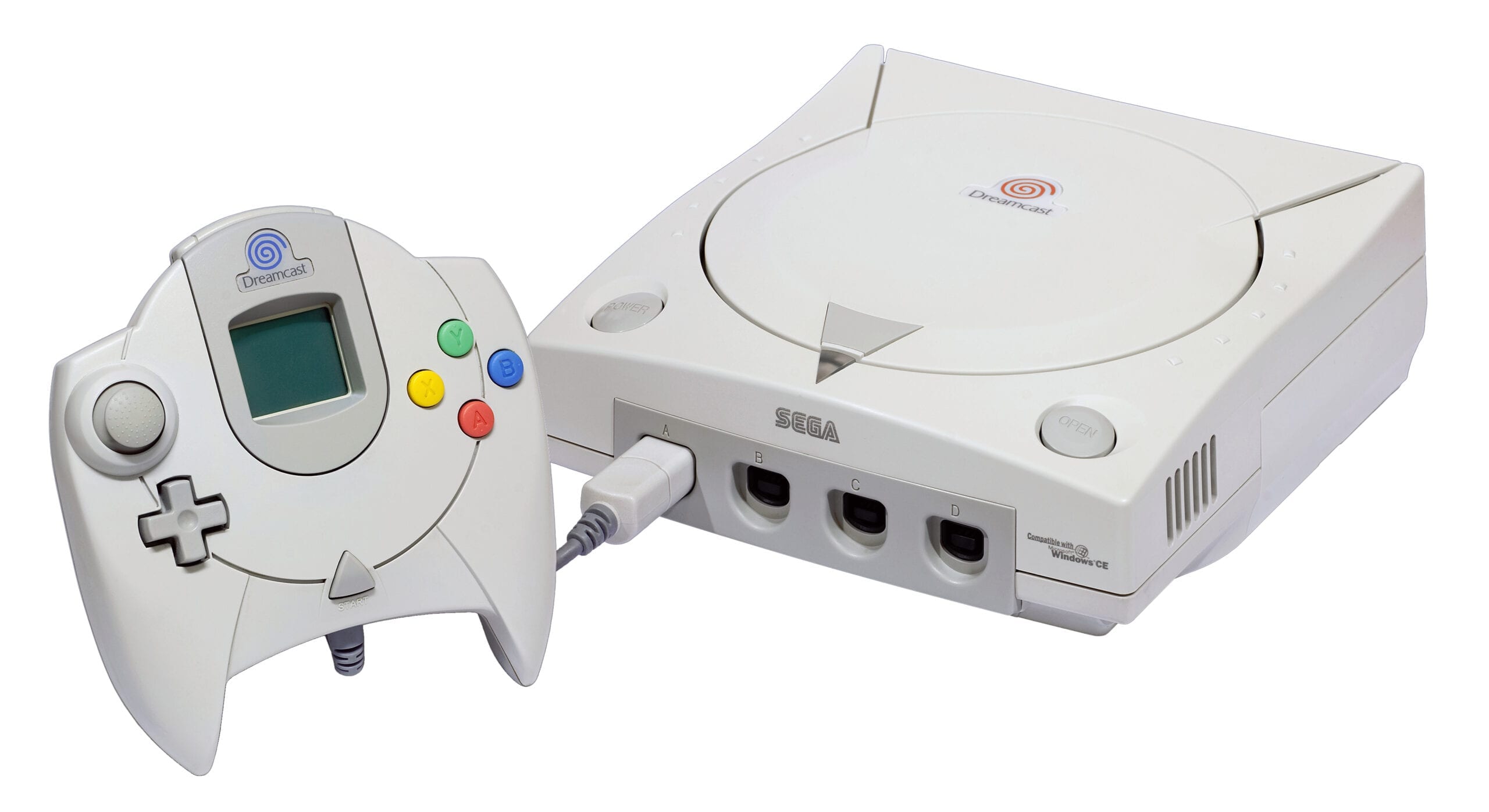 However, there’s something special about the SEGA Dreamcast, something that’s quite hard to pinpoint. While not perfect, it will forever hold a special place in my heart.

So what made the Dreamcast so wonderful? Was it the simplistic, yet stylish white design? Was it because it was the first console to have internet access, despite being painfully slow? It certainly wasn’t its uncomfortable controllers, or the majority of its games library.

Despite having as many negatives as positives, the SEGA Dreamcast is a console still looked fondly upon in the gaming community. It had bags full of charm and, in many ways, was way ahead of its time. Discrepancies and all, here’s why I – and many gamers – still love the SEGA Dreamcast.

Straight From The Future

You can’t pretend that the SEGA Dreamcast wasn’t way ahead of its time. Most famously it had a built-in modem for an internet connection that not only let you browse the web, but also play games online. Granted the internet wasn’t what it is today. It was incredibly slow and basic. Yet it blew my mind that a gaming console could actually connect to the internet. I know even back in 1999, this was a common feature for PC, but not for the gaming console.

Other than slow browsing, you could play some Dreamcast games online and that was even more spectacular. Granted, there weren’t many games playable online, and it was a very small portion of the console’s library, but this beloved console certainly helped to set the precedent for what we take for granted today.

The Dreamcast also had the rather snazzy VMU (Visual Memory Unit), which was more than just a memory card. The VMU had a D-pad, four buttons, and an LCD screen that allowed you to access your saved data without having to turn on the console.

The VMU even had its own mini-games and with games such as Sonic Adventure, it could essentially become a Tamagotchi that allowed you to raise your very own virtual pets.

Back in 2000 when I wanted to raise money for the PS2, I made the tough decision to get rid of my Dreamcast. I traded it in at my local video games retailer, including the VMU. However, when Shenmue 2 released in 2001, I wanted my Dreamcast back.

I revisited my local store to buy a second-hand Dreamcast and a VMU. When I set up my Dreamcast at home, I found out that the VMU that I had bought with my second-hand console was in fact the one that I traded in the year prior! It even still had my save data for Shenmue and more, I kid you not. Talk about fate!

Speaking of Shenmue, let’s talk about the most important aspect of the Dreamcast: the games. While many remember the console for having a less-than-stellar range of games, there’s many gems that called the Dreamcast “home.”

For starters, it had a fantastic launch line-up which included the likes of Sonic Adventure, House of the Dead 2, Ready 2 Rumble Boxing, Power Stone, and my personal favourite launch title, Soulcalibur.

Some of the games that followed the launch of the Dreamcast were also true classics of their time. The aforementioned Shenmue and Shenmue 2, Resident Evil – Code: Veronica, Crazy Taxi, Jet Set Radio, Virtua Tennis, Rez, Metropolis Street Racer, were just a few of the excellent titles available.

We even had some great ports with the likes of Resident Evil 2 and 3, Legacy of Kain: Soul Reaver, and Marvel vs. Capcom 2, to name but a few.

The End of the Line

Sadly, however, roughly two years after it had launched, the SEGA Dreamcast ceased production in 2001. SEGA moved on to being a third-party publisher, which is still the case to this very day.

So what happened? Simply put, the 9.13 million Dreamcast units sold worldwide were not enough for SEGA. The console just could not compete with the likes of the PS2, OG Xbox, and the Nintendo GameCube.

SEGA was making big losses, so big cuts had to be made. On March 31st 2001, the Dreamcast was put to rest as SEGA’s last ever big console.

For years now there have been rumours that SEGA would get back into the console market with a brand new home console to compete with the likes of Sony, Microsoft, and Nintendo once more.

Will that ever happen? I’m not sure. But if it did, I think that there is enough love and enthusiasm out there that would allow SEGA a decent fighting chance at a comeback in the console market.

Sadly, I think that the best we could hope for would be a SEGA Dreamcast Mini, which is perhaps a more realistic dream.

Regardless of what the future may or may not hold for SEGA, at least we can look back at our wonderful Dreamcast with loving and fond memories, as the console that deserved better.