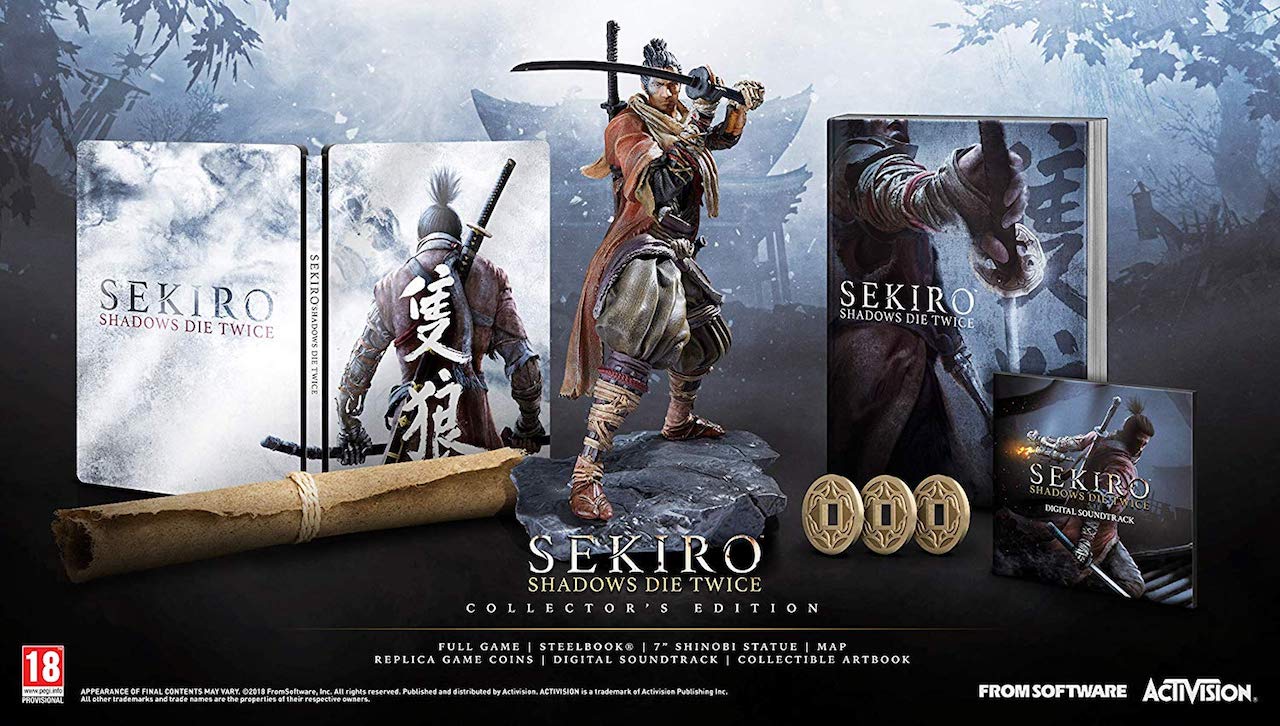 Sekiro: Shadows Die Twice is the long awaited new game by FromSoftware, the makers of Dark Souls and Bloodborne. We were sent the collector’s edition to unbox by Activsion and wanted to give you the chance to see it up close too before it releases on the 22nd March. 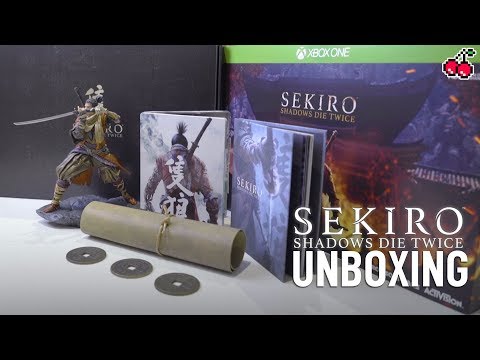 The game takes place in an alternate history version of 16th century Japan. In it you play as a shinobi that has been left for dead but is back seeking vengeance, with a fancy new prosthetic arm to replace the one he lost. Expect lots of difficult fights as you progress through the game. No doubt in 3 months time we’ll see people completing it on dance mats but from what we’ve played at events last year it promises to be a challenging experience.

In the Sekiro: Shadows Die Twice Collector’s Edition you get the full game in a Steelbook case along with:

Keep an eye on GameByte.com for our review of Sekiro: Shadows Die Twice. Until then you can check out some gameplay below.