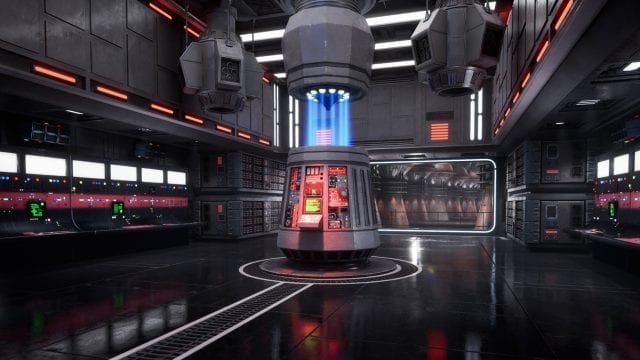 The iconic 1995 Star Wars: Dark Forces is getting the 2019 treatment thanks to the devoted work of Jason Lewis. Lewis, a senior environment artist at Obsidian, is lovingly recreating the Star Wars title in Unreal Engine 4 and it looks glorious.

Lewis has managed to recreate the entirety of the game’s first level, which you can check out here on his Artstation page [via Kotaku].

Compared to the 1995 classic, the Unreal version is looking very impressive, which is making people wonder why this isn’t a remake that’s officially been given the green light from EA. Maybe this project from Lewis will prompt them to consider it…?

Posting on Artstation, Lewis writes: “So it has been a while since I have been able to do an update to my Dark Forces project.

“Lots O stuff keeps me busy and my free time is pretty limited these days, but I do manage to make some time for this here and there. So this update comprises the interior spaces of the main base including the basement.

“I have the environments here mostly done, just needs more of a prop pass and some polish. Also, thanks to Alexander Murdoch who has been building some awesome props for this project! ( https://www.artstation.com/murdochart ) I think I am gonna take a stab at doing a Stormtrooper myself even though I am not a character artist.

“Will still need help with the human characters though so if anyone who sees this is interested in helping out with characters, or knows someone who is, please feel free to hit me up, thanks everyone!”

Dark Forces isn’t the only classic Star Wars title to get the Unreal remake, as modder RobJin has been working on a fan-made version of Star Wars Episode I: Racer.