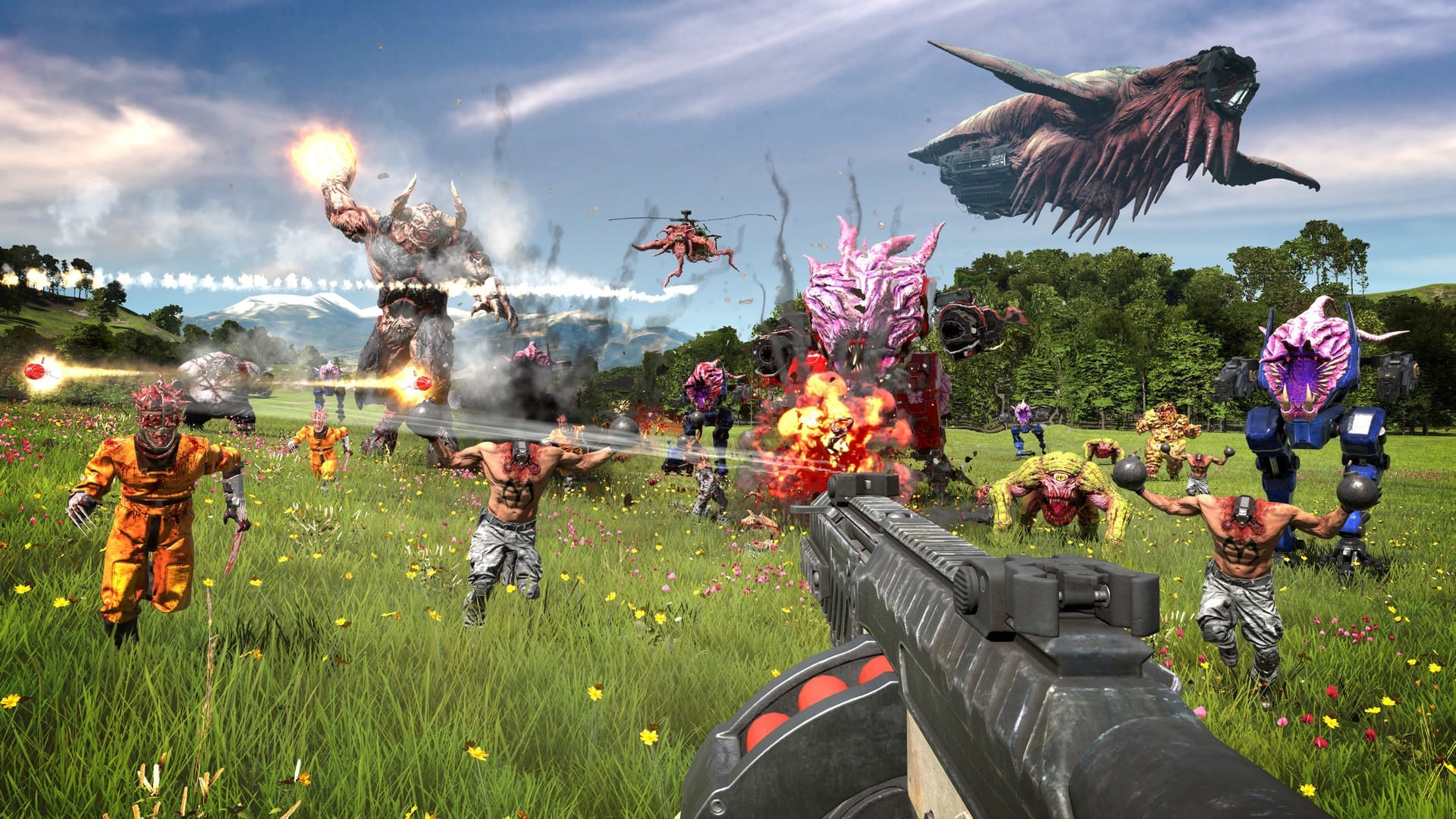 It’s official: Serious Sam 4 is coming later this summer, and the new trailer has ensured the hype is real for this return to the classic franchise. It’s been a long time since we last saw a new Serious Sam game, and it looks like developer Croteam hasn’t held back with the fourth instalment.

The game will feature a new “Legion System,” which will allow “thousands and thousands, hundreds of thousands” of enemies on the screen at one time, according to the game’s graphic engineer Dean Sekulić.

Explaining just what the Legion System will introduce to the game in the video below, Sekulić said the following: “This is one of the systems we actually developed for Serious Sam 4. We have some levels that we’ll actually be able to populate with this many enemies.

“We were really pleasantly surprised with how fast it can run, because originally we were hoping for like 10,000 enemies, and now we’ve hit an order of magnitude more.”

As you can see in both the video and the new trailer, Serious Sam 4 is promising the same wacky weirdness we know and love from the games, and thankfully we don’t have too long to wait to experience it for ourselves.

The game’s official description reads as follows: “Humanity is under siege as the full force of Mental’s hordes spread across the world, ravaging what remains of a broken and beaten civilization. The last remaining resistance to the invasion is the Earth Defense Force led by Sam “Serious” Stone and his heavily-armed squad of misfit commandos.

“Croteam returns with a high-powered prequel to the Serious Sam series that scales up chaos to unprecedented levels. The classic Serious Sam formula is revamped by putting an unstoppable arsenal up against an unimaginable number of enemies that requires players to circle-strafe and backpedal-blast their way out of impossible situations.”

Serious Sam 4 will release sometime in August 2020, and you can wishlist it on Steam right now, here.