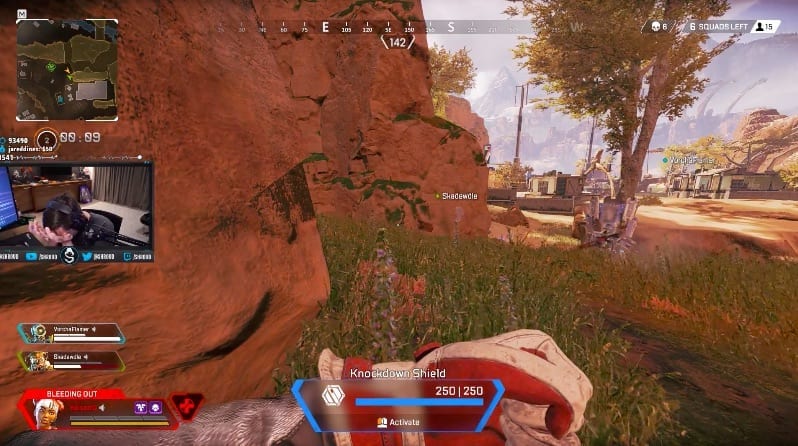 Livestreamer and esports competitor, Shroud, recently shocked his fans by going on an expletive-filled tirade after he lost a game of Apex Legends.

In the video of the stream, which you can watch below [via Dexerto], Shroud rages: “We literally lost to these guys because of f*cking lag! I’m gonna break something! Holy sh*t, I hate when stuff isn’t in my control.”

He then quit the game, telling his viewers: “I left the game. I can’t play until it’s fixed. This is PUBG all over again, dude.”

Shroud is, of course, referring to PUBG’s notorious and well-documented issues with lagging, which caused many players to quite in favour of…well, mostly in favour of Fortnite.

Unfortunately, Shroud isn’t the only player to suffer from a serious case of lag in Apex, with hundreds of players complaining about similar issues when in the game.

#ApexLegends I really love this game. But, why there is a such an huge lag?? Or why, in the middle of a fight, Apex crashed down to Origin? Pls tell me..

Not only are Apex players losing shots and losing battles because of lag, some people are even reporting a lag when it comes to opening loot boxes…

When lag is so bad that even loot boxes lag out… #ApexLegendshttps://t.co/BydZcMG2Ag pic.twitter.com/DuoT1PBca2

Hopefully this is something that Respawn can fix in the coming weeks. Nobody wants to play a game that’s laggy, especially not Shroud…!