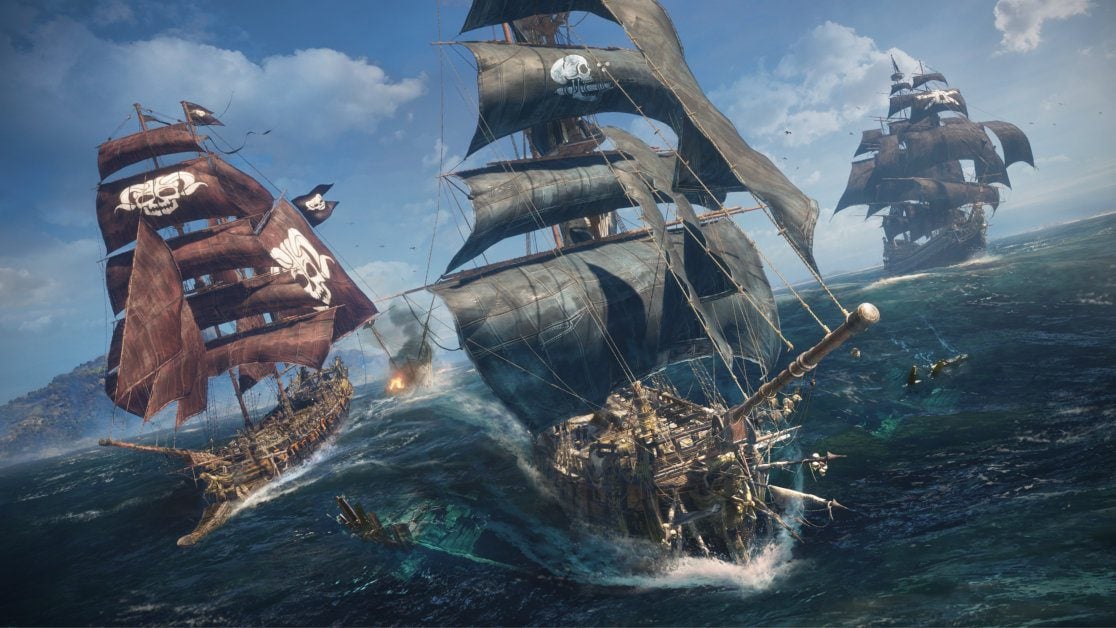 Ubisoft has delayed Skull and Bones, yet again. Now, the Black Flag-inspired pirate game aims to release in March 2023.

It’s been a troubling time for Skull and Bones. Said to have begun its development in 2013, it was originally intended to be an expansion for Assassin’s Creed 4: Black Flag.

However, the multiplayer expansion eventually evolved into a standalone project which was finally announced in 2017.

Will this be the last Skull and Bones delay?

Initially, Skull and Bones was supposed to release sometime during Q3/Q4 of 2018. However, it was delayed into 2019. Then, it was further delayed until early 2020.

It all went very quiet on the Skull and Bones front until it was re-revealed earlier this year (July 2022) to be heading to platforms in November 2022.

Following its re-reveal however, it seemed that much of the video game community felt uninspired by Skull and Bones.

Some were questioning its dated visuals as well as being underwhelmed by its gameplay loop.

After all, Skull and Bones didn’t look far removed from AC4: Black Flag. By the way, Black Flag is still a fantastic game.

Unfortunately, however, the Skull and Bones release date has now officially been pushed back to March 9 2023.

For a game that had lost so much momentum (in part by its many delays), how much interest is maintained by Ubisoft’s multiplayer pirate game?

At this point, it wouldn’t shock the world if Skull and Bones gets delayed again before March 2023.

“While the game development is finished at this stage, the extra time will be used to further polish and balance the experience using players’ feedback from our Technical tests and Insider Program which happened over the past two weeks,” announced Ubisoft on social media.

“This is the right decision both for our players and for the long-term success of the game as 9th March 2023 provides for a suitable release window for this very unique new brand.”

There is going to be an open beta

Alongside the announcement of the latest delay, Ubisoft revealed that Skull and Bones would be getting an open beta.

It’s important to note that Skull and Bones has already been tested behind closed doors and via Ubisoft’s insider program.

That being said, if there was ever a game that could do with an open beta, it’s Skull and Bones.

Hopefully, the game will benefit greatly from a larger testing audience.

When will the Skull and Bones beta take place?

At this time, Ubisoft hasn’t announced a date for the Skull and Bones open beta. All we know is that it will take place ahead of the game’s launch.

It’s likely however that dates, as well as registration process details, will be revealed in the coming months.

Are you still interested in Ubisoft’s pirate multiplayer game? Let us know across our social media channels.  Skull and Bones will release on March 9th 2023 for PC, PS5 and Xbox Series X|S.