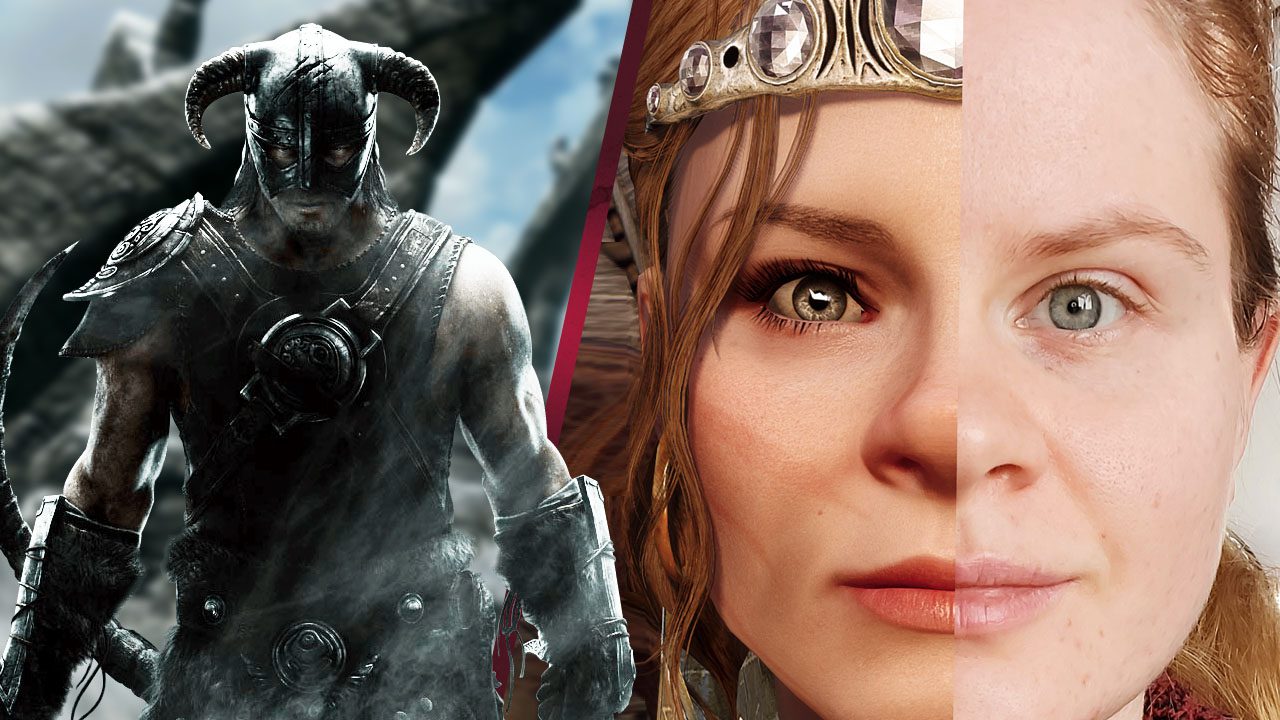 A Skyrim player has managed to almost perfectly recreate themselves using the game’s character creator.

At some point in time, we all try to recreate ourselves in a video game. But it normally doesn’t go as well as we might want it to, due to limitations in the game. Sometimes we have to go to some extreme measures to recreate a face.

It’s especially harder with older games that have less options, but one Skyrim player has managed to very successfully recreate herself in the game almost picture perfect.

AureliaRiddle is the player in question, who shared a side by side look at her character and her own face that you can see below. The real AureliaRiddle might not have a crown, but it can’t be denied that she did an incredibly good job. Not just that though, she recreated her father in the game too, with only minor differences.

It apparently took her around two hours to recreate herself, though she did use some mods that give you more sliders. As well as a mod that gives heads a higher polygon count, for better skin texture and more realistic eyes.

Speaking to Kotaku, AureliaRiddle was able to provide some tips for how someone might go about recreating themself in a game.

“Take two photos of yourself,” she told Kotaku. “One of your face from the front and one from the side. You can also work with a mirror but I found taking a picture easier. Try to look as neutral as possible, like taking a picture for a passport.”

AureliaRiddle also pointed out how games often require the face to be completely mirrored. So she suggests picking the half of your face you like more to mirror. Then you just print out the photo, fold it in half, and you hold it up to the screen while you work on the video game half. And you’ll know when you’re done when the face starts to look a bit uncanny, according to AureliaRiddle.