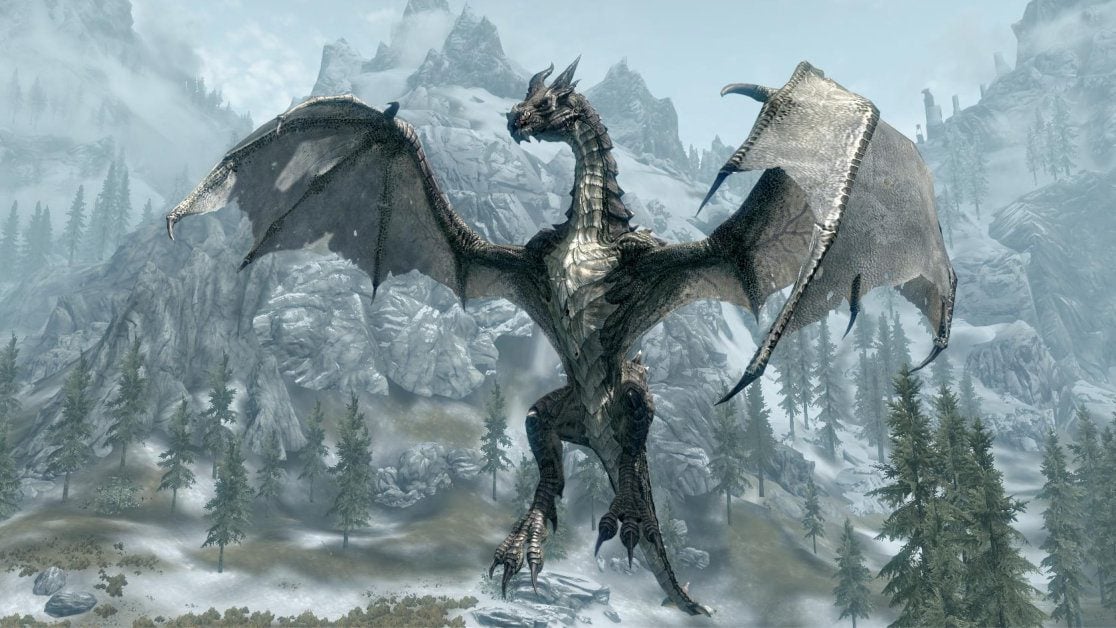 Skyrim players discover that dragons have hidden skills, over ten years after the game was originally released.

Despite releasing over a decade ago, it’s still quite incredible that players are still discovering secrets within the world of Skyrim after all these years. Skyrim may no longer be the largest open-world game, but it’s certainly one of the densest. Which is likely a reason why there are still secrets waiting to be discovered.

As reported by Game Rant, Skyrim has what is considered to be three main dragons, Alduin, Paarthurnax and Mirmulnir.

Furthermore, very early on in the game, players are introduced to Mirmulnir. This is the dragon that reaps havoc by attacking the Western Watchtower of Whiterun. It is also the first dragon players will kill as part of the main storyline.

Reddit user Dart-Yslink mentions that in an Elder Scrolls wiki entry, Mirmulnir is credited as having four main skill sets. Archery, Block, One-Handed and Sneak. It is believed that all named Dragons in Skyrim have hidden skill-tree abilities.

Reddit users have speculated that along with having Block and Sneak abilities, the other skills could represent Fire for Archery and Claws for One-Handed.

What’s more, Reddit user floofandmemes speculated that it makes sense for main dragons to have a skill tree, as they can all be considered to be main enemies in the game. From my own experience, they can also offer a varied challenge on any given playthrough.

Moreover, it is also believed that the hidden skill tree implemented by Bethesda could be a reason why Dragon abilities might be difficult to mod. However, that hasn’t stopped Dragons from being turned into “Macho Man” Randy Savage or Thomas the Tank Engine.

Skyrim is certainly a wonderful game on so many levels and continues to be the gift that keeps on giving. The Elder Scrolls 5: Skyrim is out now for just about every platform imaginable.