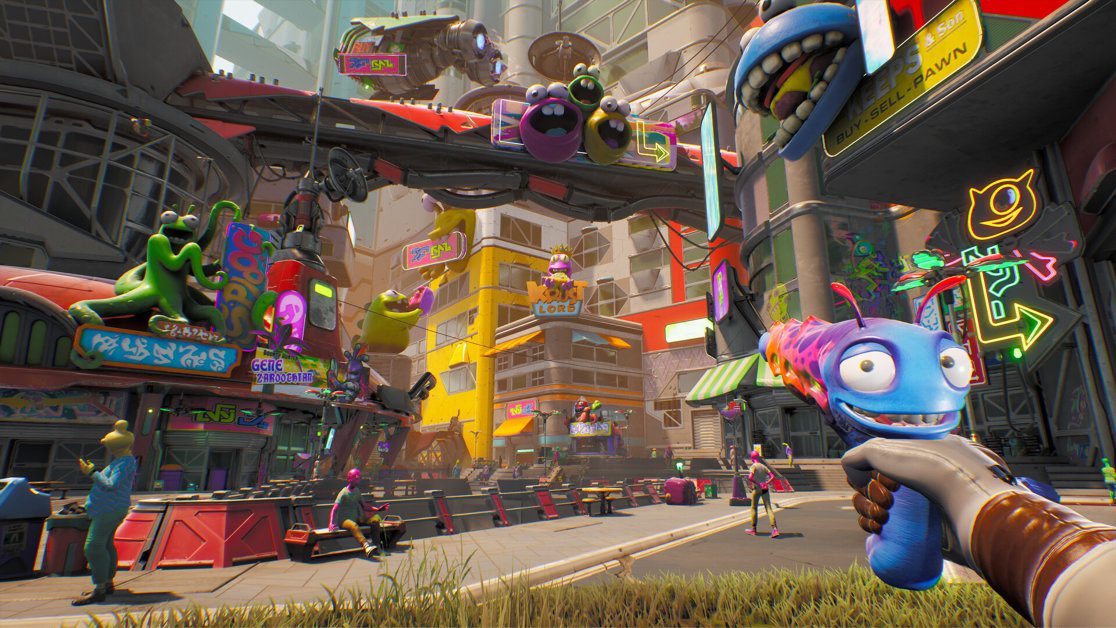 Update 21/12/22: High on Life is now Xbox Game Pass’s biggest launch of 2022. What’s more, it is also “the biggest release of a single player-only game in the service’s history“. So, congratulations Squanch Games!

Original Story 20/12/22: High on Life, the game from Rick & Morty co-creator Justin Roiland and Squanch Games is currently the most popular title on Xbox Game Pass.

High on Life is an early hit on Xbox Game Pass

High on Life tops the likes of Forza Horizon 5, Halo Infinite and LEGO Star Wars: The Skywalker Saga. At least at the time of writing this article. So it will be interesting to see where it places in the charts for the months to come.

Courtesy of Benji-Sales on Twitter, VP of Xbox Games Marketing, Aaron Greenberg shared his delight regarding the news with a celebratory tweet. Furthermore, Greenberg also shared that High on Life is currently the number two game on the Steam charts.

Also great to see it’s the #2 PC game right now @Steam even with charts ranked based on revenue. ? pic.twitter.com/pGPvfPRdQm

High on Life is a game created by Justin Roiland and developed/published by Squanch Games. Being a game that relies on its comedy delivery, it will likely be an acquired taste for some.

What’s more, it’s a title in which your weapons are alive and chatting.  Judging by the trailers, the game is full of that signature, slapstick humour that Rick & Morty fans will know and love.

Is High on Life coming to PlayStation?

At the moment, due to a signed and sealed agreement, High on Life is a PC, Xbox One and Xbox Series X|S exclusive. So, unless there’s a timed exclusive agreement we don’t know about, don’t expect to see High on Life arrive on PlayStation or Nintendo Switch anytime soon.

High on Life is available now to purchase, as well as being playable via Xbox Game Pass. Have you played this comedic shooter yet? If so, we’d love to hear your thoughts across our social media channels.