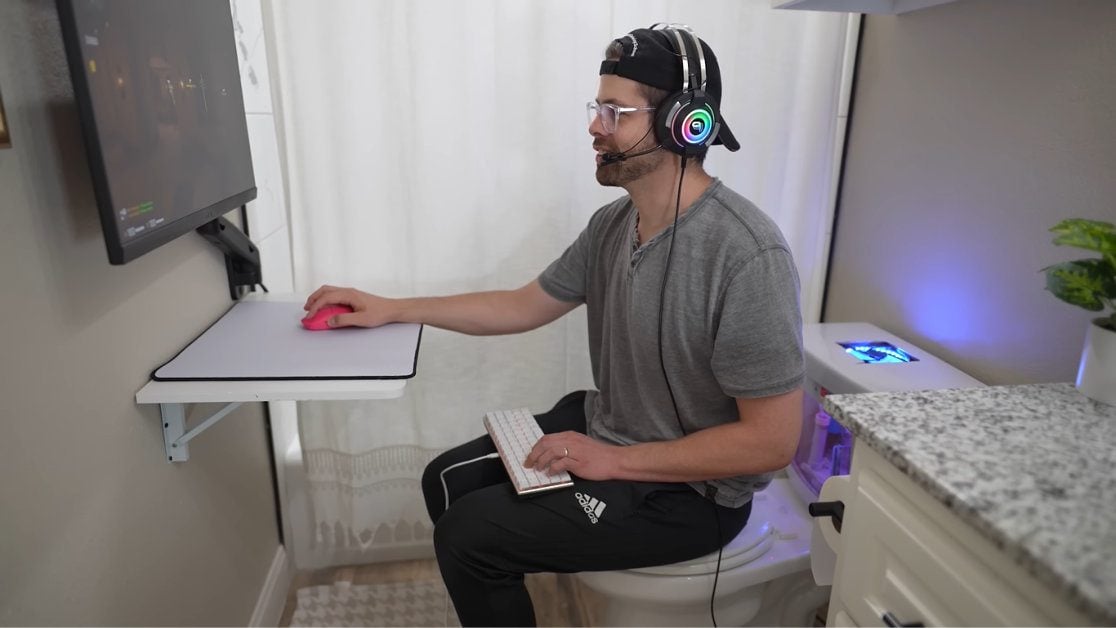 Someone has turned their toilet into a gaming PC. Yes, this has actually happened. So now you can number 2 and game at the same time!

The toilet PC has been created by YouTuber, Basically Homeless. I’m not sure why someone would want to game like this, but whatever floats your boat, I guess.

The 2700 & 3060 gaming PC is kitted out with a motherboard in the tank and even a functional airflow, as well as a custom “water wall” which keeps the PC tech and plumbing separated.

Obviously being a dab hand at building PCs, Basically Homeless says that they now know “more about plumbing than [they] ever thought [they] would.” So, yay, I guess.

Being a bit of a germaphobe myself, this is kind of a worst nightmare for me. It makes me cringe at the thought of playing on a mobile phone whilst having a number two, let alone having my grubby mitts on a mouse while gaming on the toilet.

In the video below, we not only learn how this unique gaming PC came to be, but we also see Basically Homeless play some Counter-Strike while sitting on the bog. Lovely.

The YouTuber even discloses to other online players that they are literally playing Counter-Strike whilst sitting on the toilet, which they understandably thought was a lie.

I suppose if you’ve got to go

Still, I guess having a gaming PC disguised as a toilet might come in handy during charity gaming marathons. However, now I’ve got an image of a livestream taking place with someone going for a number two. You’re welcome.

Is this toilet PC the gaming beast of your dreams or nightmares? Let us know across our social media channels.