For those of you who love retro gaming, you’ll be thrilled to know that the rumour mill is buzzing about the potential release of a PS1 console.

As we all know, back in 2016 Nintendo released a NES Classic Edition, and people couldn’t get enough of it. So much so, that it’s opened the doors for other big companies to stick with something they know that works by re-releasing their own.

And why the hell not? Most of us have great memories of playing these consoles when we were younger, the idea of having a brand-new one that is also a bit updated is enough to get a smile of even the grumpiest of faces. Sure, there’s some things that are best off being left in the past, but the less we talk about the PS2 buzz controllers, the better.

But anyway, Sony Interactive Entertainment CEO John Kodera recently confirmed that they are looking into it. “There is nothing we can talk about at the moment,” Kodera told Japan’s Mantan Web,: “We are constantly digging up past assets, and I think there are various ways of doing [it]. There have been discussions happening [inside the company] about how to make it work.”

Obviously, PlayStation 2 games are currently available on the PS4 PlayStation Store. But what about the PS1 games? The company is missing out on a whole load of untapped resource by not making them available. Unless this was the plan all along?

In similar news, E3 is rapidly approaching, we’re already getting excitedly at the possibilities. There’s always a few surprises, but usually we get wind of them a little early. 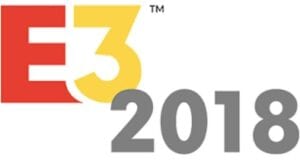 It looks like that is the case with Nintendo, as they recently put forward a trademark application for the N64. Yup, The Nintendo 64 Classic could be on its way. The application was filed by Nintendo and translated by the site Japanese Nintendo, and it includes information on game software, controllers, and the console itself.

Nintendo already announced that NES Classic and SNES Classic reboots would be coming out this year, so this third addition would be perfect. I guess we’ll just have to wait and see what happens.

Can you remember these classic PS1 games?