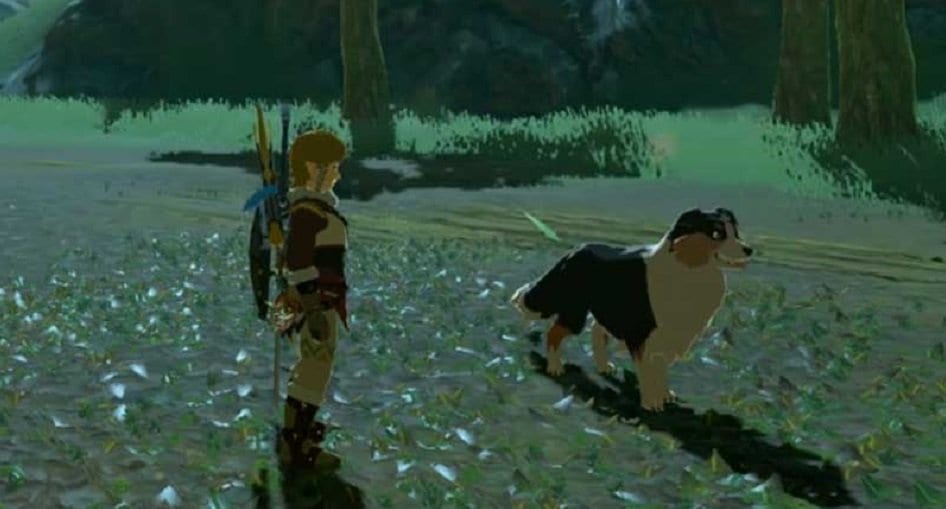 Now, we all know that speedrunners aim to finish certain video games in world record-breaking time, glitch exploits and all, but a speedrunner by the name of Vivoxe is not your usual run-of-the-mill record breaker. Rather than attempting to finish a game in the fastest time possible, instead, they aim to feed all dogs in the game, in world-record time!

Even though you can’t pet the dogs in The Legend of Zelda: Breath of the Wild, you can feed them and that’s exactly what streamer Vivoxe set out to do, while breaking the world record with a time of 1hr 35mins and 51 seconds!

To achieve this world record, it wasn’t just the simple case of running to the desired destination as quickly as possible.

In usual speedrunner fashion, Vivoxe had to clip through walls, avoid enemy conflict and use the technique of using their shield to bounce off enemies, to gather extra momentum for the glider.

Once enough apples and wood were gathered, Vivoxe would then head for the nearest stables and villages, where the streamer knew dogs would be located.

Watch Breath of the Wild – All Dog Treasures in 1:35:51 from Vivoxe on www.twitch.tv

However, even when reaching each dog, it wasn’t just the simple case of dropping the apples for the pooches to eat, as he’d have to make sure that the apples are dropped in the correct position in front of the dog, so that they wouldn’t roll away from the hungry doggos.

Even with this strategy, sometimes the dog would only recognise some of the apples, while ignoring the rest.  Then to top it all off, the process of feeding the final dog, would require Vivoxe to buy a house, and build Tarry Town just to complete his final objective! What a ride.

Check out the world record in the video above!

In think in this case, it has proved that Vivoxe is in-fact, a dog’s best friend!