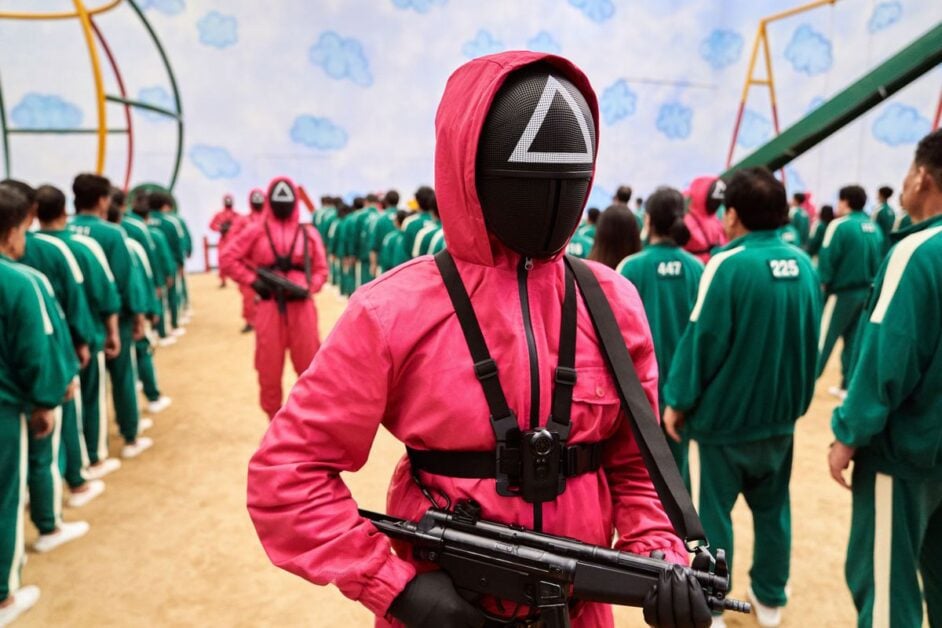 The whole world has gone crazy for Netflix’s Squid Game – and apparently that includes GTA 5 players.

Squid Game has become an overnight hit on Netflix. The Battle Royale style show has pioneered the way for Korean language programming making it to the mainstream. Squid Game has been praised for its class critique and stark portrayal of violence.

As a cowardly TV watcher, I’ve been trying to avoid seeing too much psychological horror content online, but it seems like even non-related game servers aren’t safe. Grand Theft Auto 5 servers have apparently been flooded with creepy Squid Game clones.

FiveM has had a number of fan-made maps inspired by Squid Game added to it. This mod site allows you to play GTA 5 with your mates via servers. GTA 5 players on these servers have been recreating challenges from Squid Game, according to GamesRadar. If you want to run the gauntlet of the deadly games, including the infamous Red Light/Green Light, join one of these servers. The giant, unsettling doll from Squid Game has also been modded into some servers.

Fans of the hit Netflix show are clearly hungry for Squid Game videogame content – and it looks like they won’t have to wait too long for more. According to IT24 News, it seems like a Squid Game videogame is already in the works. The point to this tweet by writer Tom Henderson:

In the meantime, the nearest I can stomach going to a Squid Game videogame is Fall Guys. It’s a battle royale game – it definitely counts!

What do you think about the Squid Game mods in GTA5? Let us know via our social media channels!