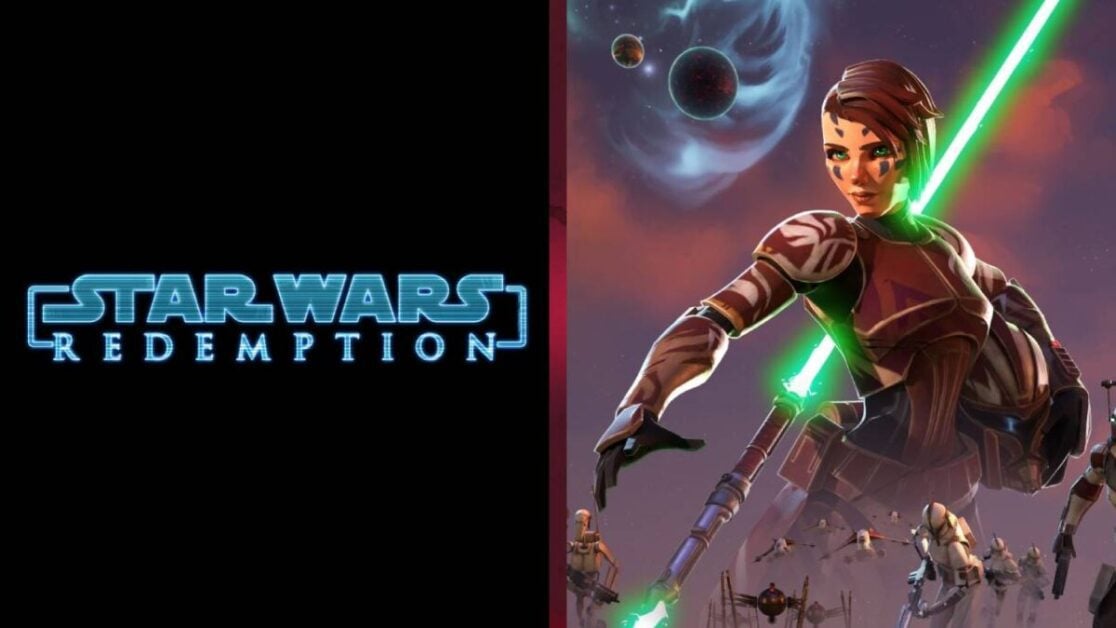 Look, fan-made video games have been around as long as, well, video games. However, a team of Star Wars fans has created a Clone Wars game that is so impressive; you’d think a big-budget studio was making it. Let’s take a look at Star Wars Redemption!

Created by a group known as Square Phoenix, Star Wars Redemption is an Unreal Engine 4 project that features a Star Wars Prequel premise. Naturally, this also means the game features a similar aesthetic to the likes of the animated Clone Wars TV series. Arguably, this is what makes this game stand out, alongside the developer’s attention to detail when it comes to things like animation and colour pallets.

Well, from what we can tell, the main plot beats take place in the midst of Order 66. If you’re a Star Wars fan, you’ll know this is one of the biggest moments in the prequel. According to Square Phoenix, the game features a unique looking Jedi known as Mavenn, who also just so happens to be wearing a clone trooper uniform.

Naturally, being a fan game of this calibre, the project is currently still under development. However, a demo is available for this looking to get a feel for the game. However, it’s worth mentioning that the developer advises running the game on a substantial PC. Otherwise, you might run into some stability issues!

If you do manage to get the demo up and running, you’ll get to explore various environments as Mavenn. Personally, I’m getting a real PlatinumGames vibe from the gameplay, especially since Mavenn’s attacks are primarily based on floating lightsaber techniques. I mean, who wouldn’t want a Star Wars version of Nier: Automata?

To give the demo a try, head over to the game’s Artstation page. Also, let us know how you get on via our social media channels!