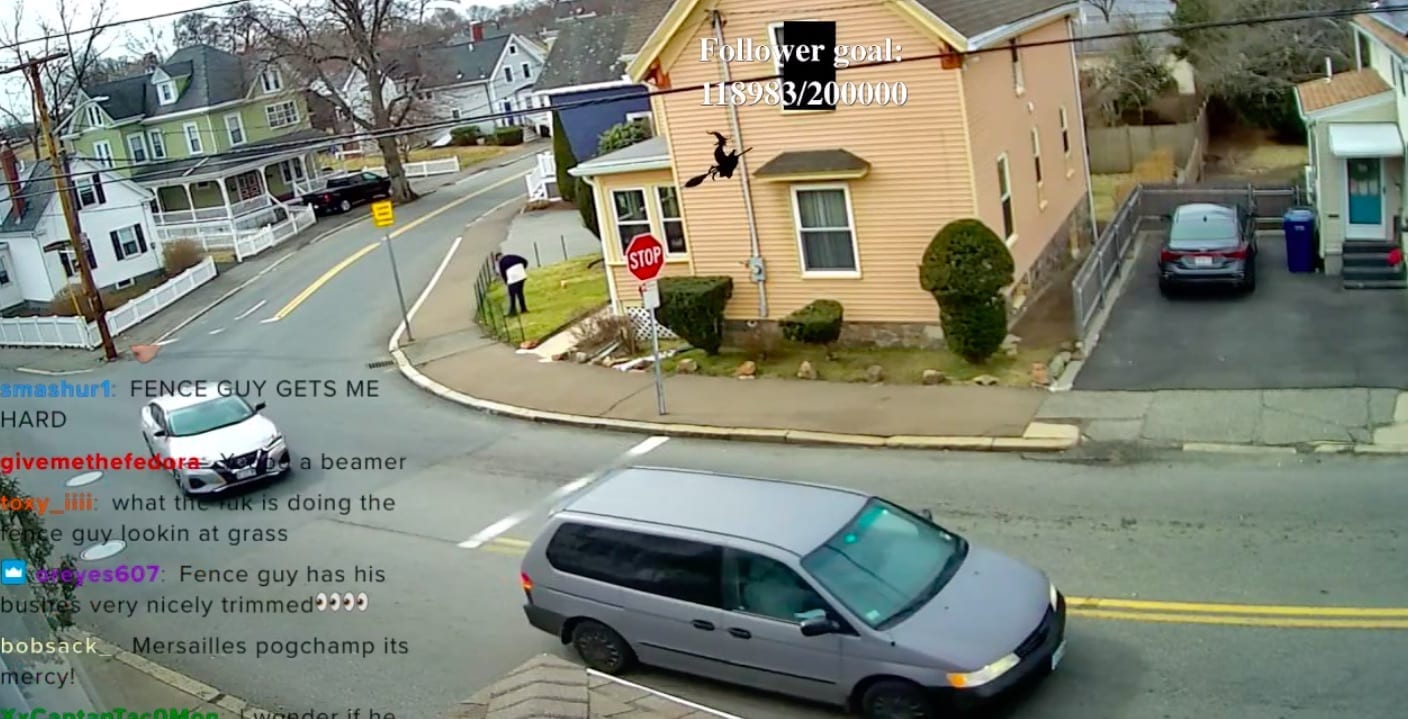 The latest Twitch stream sensation involves a livestream of a stop sign where pretty much no-one stops. Riveting!

The epic Twitch stream is of a stop sign in a neighbourhood intersection in Salem, Massachusetts [via Kotaku].

Right now the town is perhaps a little more famous for the Twitch channel stopsigncam, which has taken the internet by storm.

Stopsigncam is exactly what you think it is: a feed showing a stop sign in Massachusetts. So what’s so special about this stop sign? Well, according to the channel description, 98.73% of drivers don’t stop at this particular sign.

Streaming the cars (and people) as they pass might not seem like it’d be a Twitch hit, but viewers are absolutely devouring the channel, with the chat popping off each and every time a car does – or doesn’t – stop at the sign.

At the time of writing, the Twitch channel that broadcasts the epic showdowns has amassed over 139,000 followers, with one of the videos boasting close to half a million views. Of cars. Passing a stop sign. You really can’t make this up.

If you’ve got plans this weekend, cancel them now, because this is actually a pretty funny and bizarre community that you might want to get involved with!

So cancel your Disney Plus and Netflix subscriptions, grab the popcorn and indulge in countless hours of the high-octane, non-stop, stop sign action!

What the future holds for this legendary stop sign remains to be seen. In my personal opinion, I’m hoping that we’ll get an explosive, big-budget movie adaptation from the likes of Michael Bay!

Have you been indulging in a little stop sign action on Twitch? Let us know across our social media channels!

Mysterious Announcement Made By Town Of Salem Developer

Twitch Sub Refunds For ‘Just Wanting A Shoutout’ Cause Controversy

PS5 Game Trials Are Now A Thing, But There’s A Major Problem