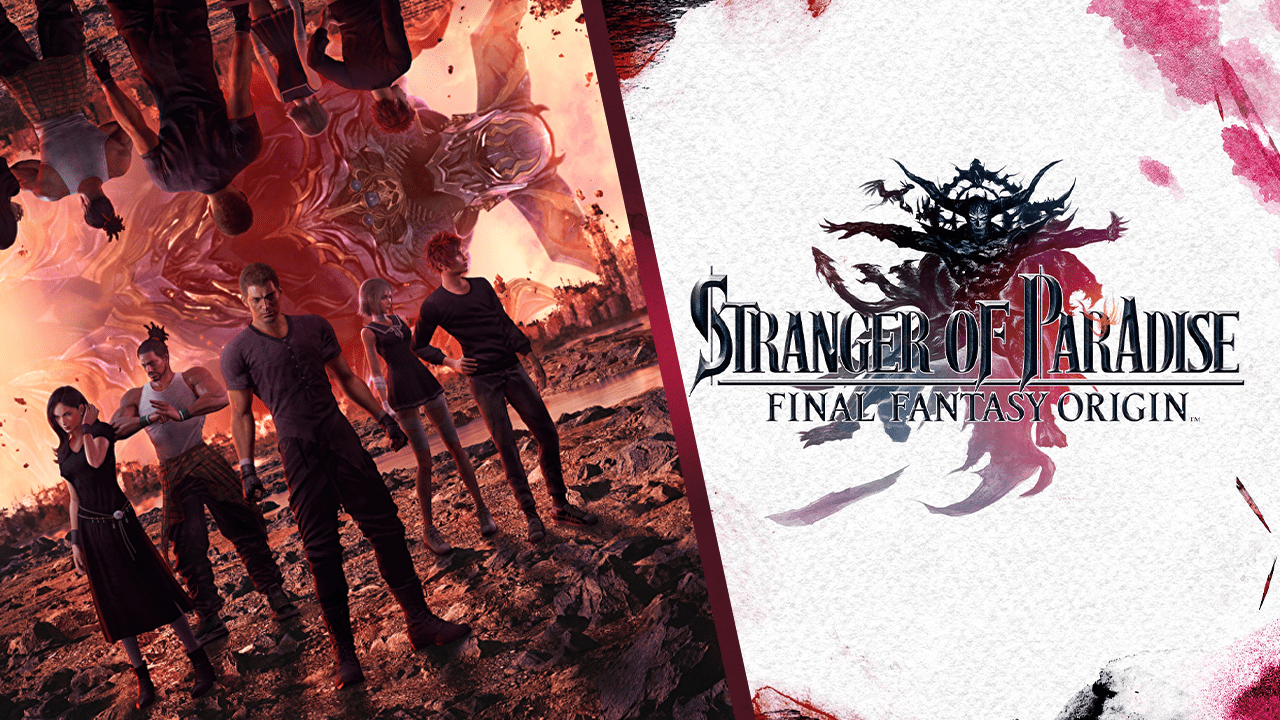 What is Stranger of Paradise: Final Fantasy Origin?

Developed by Team Ninja; the team behind Dead or Alive, Ninja Gaiden, Hyrule Warriors, and Nioh; Stranger of Paradise Final Fantasy Origin is a hard-core action RPG that’s also a reinterpretation of the series’ roots. You’ll play as Jack Garland, a man out on a mission of hate to kill Chaos – the terrifying and mysterious horned knight, who’s also a reference to the main villain of the original Final Fantasy on NES.

Along with companions, including newcomers Ash and Jed, Jack is said to be one of the foretold Warriors of Light, responsible for bringing peace back to the Kingdom of Cornelia after being conquered by darkness.

In what’s promised to be a more brutal, mature take on Final Fantasy, Stranger of Paradise also looks to make its combat all the more hard-hitting. You’ll be pitted in furious battles where you’ll need to utilise all of your skill to survive as you take on not only Chaos, but many ferocious monsters of the Final Fantasy series as well. Switching between many available Jobs to customise and perfect your playstyle, you’ll be able to execute a deadly mix of physical and magical attacks to scatter your foes.

In fact, a feature of combat that appears to be one of the most mesmerising is its use of finishing moves. Once an enemy’s “break gauge” is depleted, Jack is able to perform a deadly final blow that crystalises their body in a haunting red, before shattering them to restore MP. Combat might be a challenge for those taking on the higher difficulties. However, that appears to make gameplay all the more rewarding when you become a master in battle.

Where Can I Buy Stranger of Paradise: Final Fantasy Origin?

You can buy Stranger of Paradise: Final Fantasy Origin from just £49.95 at the GameByte Shop on PS5, PS4, and Xbox.

From ordering from the shop, you can make your money go further with the GameByte Loyalty Points scheme. If you sign up when ordering, you’ll earn points for every £1 you spend. Then, on future purchases, you’ll be able to redeem those to be given a unique discount code! Here are some extra details:

Are you excited to play Stranger of Paradise: Final Fantasy Origin? Or will you be playing one of the other many big games that have come out recently? Like Elden Ring or Gran Turismo 7? Let us know across our socials, like our TikTok or our Discord.