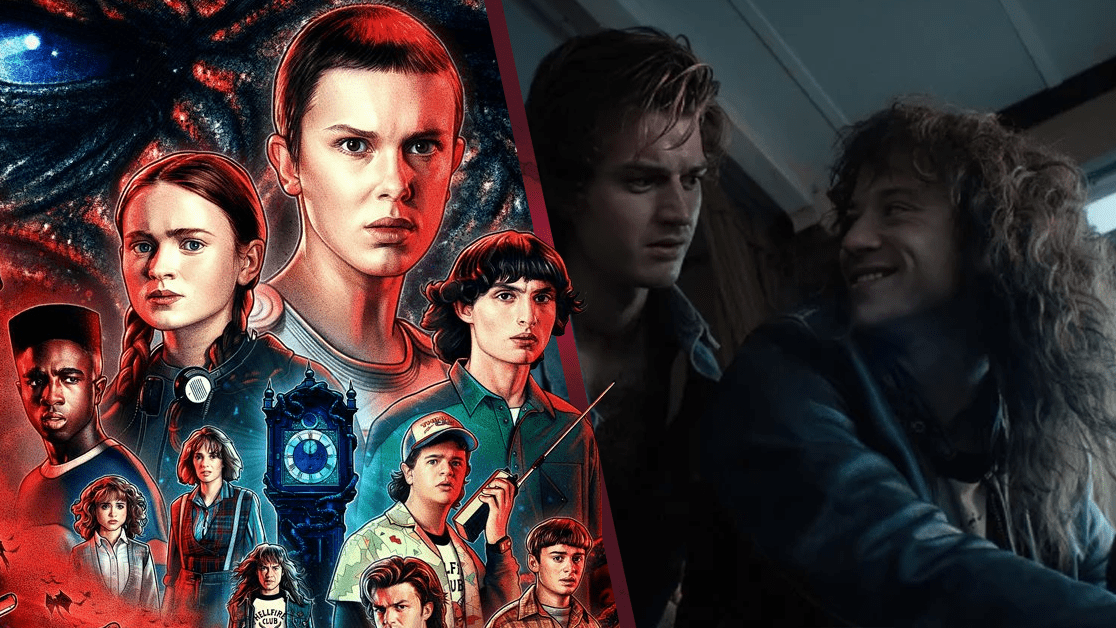 SPOILER WARNING AHEAD: This article discusses spoilers of the most recent season of Stranger Things.

The Duffer Brothers, creators of Stranger Things, have revealed that season 5 will be shorter than season four.

Watching the latest season of Stranger Things is a big undertaking. Including the two-part finale, season 4 has a total runtime of 13 hours. However, Matt and Ross Duffer have revealed during a podcast interview that season five will be shorter.

Talking to Josh Horowitz of the podcast Happy Sad Confused Matt Duffer explained, “we don’t expect it to be as long. “

“…this season is almost a two-hour ramp-up before our kids get really drawn into the supernatural mystery.”

We left our favourite characters as they were looking out at Hawkins and the destruction caused by season villain Vecna. In season four’s last moments, we see them look on at the carnage, anticipating the journey ahead. All the while particles of from the Upside Down are drifting through the atmosphere.

Although season 5 may be shorter overall, the finale could be “at least two hours” but due to the nature of television, we can’t know for sure.

A RETURN OF THE KING-ISH ENDING?

Matt Duffer jokingly added that we could see a “Return of the King-ish” ending to season five.

If you’re familiar with the Lord of the Things trilogy finale, you’ll remember that it had over 8 endings. Each character got a conclusion, and the Duffer Brothers want to ensure a similar situation for their own characters.

Matt Duffer explains that any shorter would be “cheap and wrong” and I highly agree. I want a satisfying end for my favourite Stranger Things characters and I fully believe we’re gonna get just that.

There will be a few more years until we get season five of Stranger Things and that’s okay. That gives me plenty of time to cope with what happened in season four.