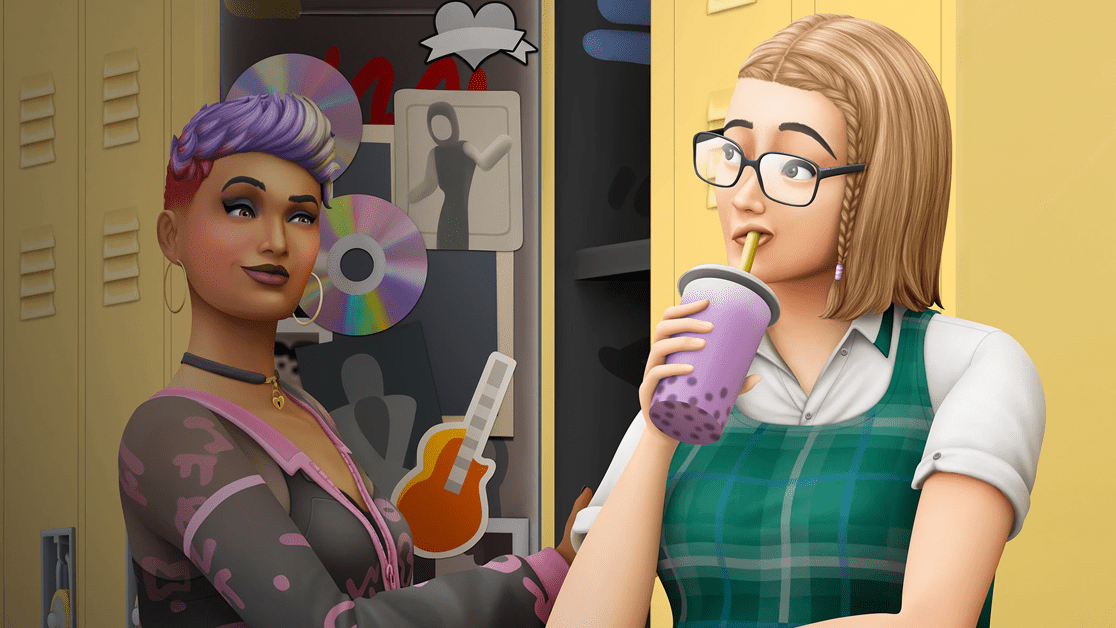 A recent leak for The Sims 4, along with a change in the game’s code, has revealed that curved walls might soon be coming to the game.

It’s been eight years since the initial release of The Sims 4 and we still haven’t been able to use curved walls in Build Mode. That hasn’t stopped Sims fans from creating wonderful bouts of architecture with the tools already at their disposal but the feature has been requested by fans for a long time.

Their Simlish prayers may have been answered as a recent image has been leaked online via The SimsCommunity. The image shows a tweet made by Twitter user throwmeaway of a curved wall,  and fans were quick to match the image from footage from The Sims 4 High School years.

The Sims 4 High School Years is the 12th expansion for the game, releasing on July 28th. You’d expect by the 12th expansion that a feature like curved walls would be there already, but fans have had to come up with interesting ways to create their ideal homes by only using the angular tools Build Mode offers.

Suspiciously, the original tweet and throwmeaway’s Twitter account have since disappeared off, but changes in the game’s code could also suggest curved walls are on their way.

A modder known in The Sims 4 community as Ravasheen, discovered changes to the game’s code since its latest update. Those changes could further add authenticity to the initial curved wall leak.

Within The Sims 4 code, they discovered a box entitled ‘Wall Optional’ that wasn’t there before. Along with lots of new options under ‘PlacementFlagsHigh’, Ravasheen believes this could mean that the addition of being able to use curved walls is more of a possibility.

You can never be sure with leaks, as that’s their nature. From my research I haven’t found any of the Sims 4 developers responding any comments made about the posts so far.

With Sims 4 High School Years just around the corner, we may have to wait until July 28th to see if our curved wall dreams have finally come true.