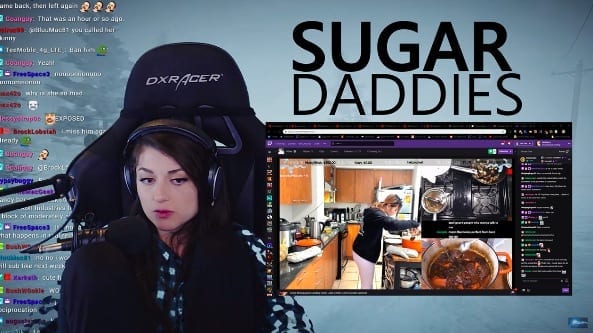 You can barely go a day without hearing of another livestream controversy. Whether it’s streamers supposedly being banned for saying there’s “only two genders,” or streamers trying to get people to floss on New Years Eve (ha), these Twitch gamers just can’t keep it to themselves.

The latest livestream controversy comes courtesy of BadBunny, who’s p*ssed off a lot of people after she branded Twitch viewers who don’t donate as “leeches.”

In a clip which you can watch below, BadBunny calls out “cheap ass” people who watch Twitch content and don’t choose to give money to the creator.

The notorious Keemstar has gotten in on the controversy, mocking BadBunny for her words on Twitter and showing the clip.

Naturally, people have responded in outrage.

It’s not a leech it’s support. Wtf? This makes no sense… if you wanna monetize your views go to YouTube ? twitch is free for s reason. Maybe people aren’t subbing to you for that atrocious attitude

I always thought that if you’re watching someone on Twitch that you’re technically ‘paying’ for it in the form of watching ads and them collecting information about your viewing habits.

I sure hope she’s subbing and donating to those Youtubers content she’s reacting to!

What I’M concerned about is Why does she have TWO adblockers?

What’s your opinion – should people donate to content creators if they watch or engage with their content?