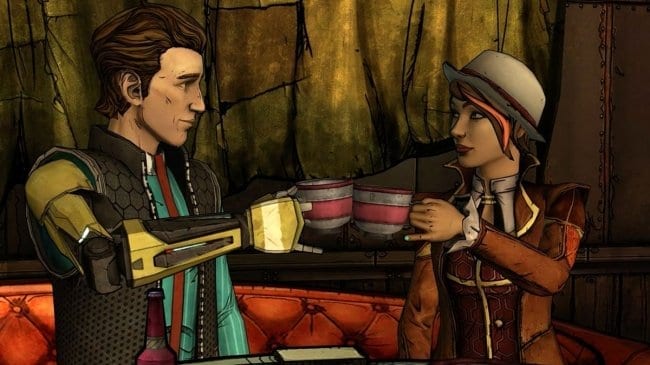 New rumours have surfaced surrounding Telltale Games and its many beloved series, including The Wolf Among Us 2 and even Tales From The Borderlands. Excitingly, one of the many claims made by the leaker suggests that a Tales from the Borderlands 2 is coming.

The leak comes from Reddit, but unlike most Reddit leaks, this one comes from a fairly reliable source as the user has previously correctly shared intel on The Wolf Among Us 2. Safe to say they definitely know something about the ins-and-outs at the newly-revived Telltale Games.

That being said, take all leaks with a grain of salt until we hear from the big bosses.

The user claims: “Tales from the Borderlands 2 is going to happen in the future (already planned to be Telltale’s next big game, but it will still be a few years until its revealed)

“Gearbox is working out a deal for Telltale to have season 1 back as we speak, [developer] AdHoc is on board for season 2.”

I don’t know about you, but I’m totally ready for more adventures from the Tales crew. A sequel might not be the only thing to get excited for though, as the leak goes on to suggest we might be seeing a reunion of TTG characters in Poker Night 3.

The user says: “Playing PN3 you will receive crossover items for Borderlands 3 and Fortnite. Characters are Bigby Wolf, Rhys&Fiona, Bruce Wayne, and Lee Everett. Was decided that all characters will be ‘Telltale’ characters.

“Although Skybound is allowing rights for Lee to appear in PN3, they arnt giving Walking Dead back to Telltale. Game will use Unreal engine. Player can contribute to conversation this time, but wont have an actual voice.”

Here’s hoping there’s truth to these rumours, because if Lee Everett from The Walking Dead is making a comeback, I might just die a little inside.