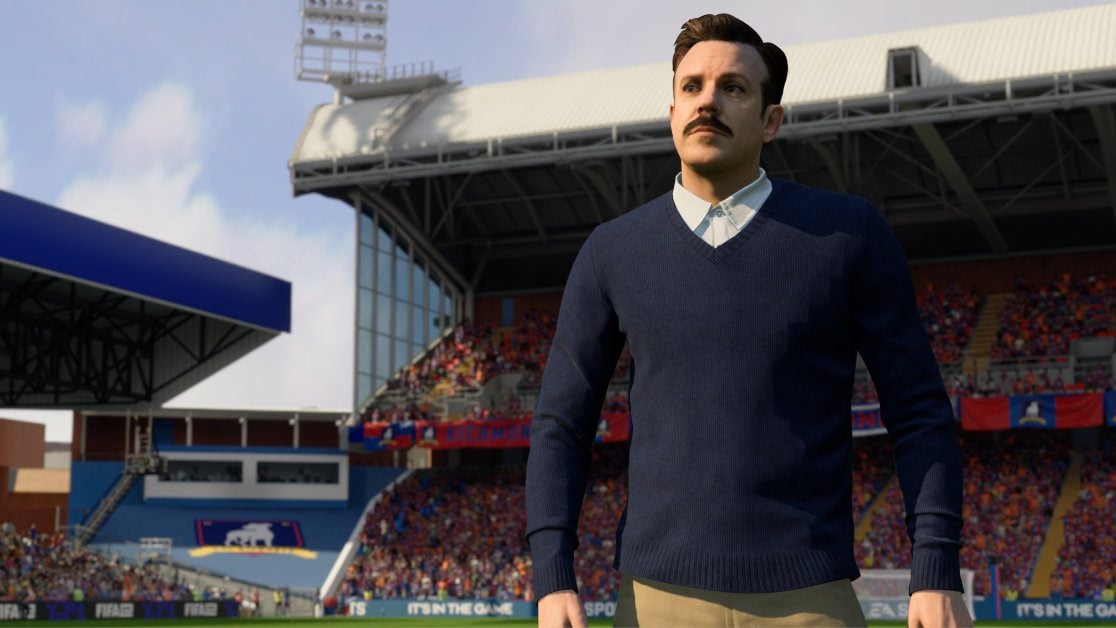 Ted Lasso and his football team, AFC Richmond have been confirmed by EA Sports for FIFA 23 and we’re happier than a Goldfish!

Prior to its official reveal, rumours were making the rounds that Ted Lasso would be coming to FIFA 23. Though to be fair, it’s understandable for those that remained sceptical. However, the rumours are now confirmed and we can *Chef’s kiss* the sky in celebration.

“I am truly fortunate and deeply grateful, to have had many special moments in my career thus far. And I consider this experience among the best of them,” said Jason Sudeikis (Ted Lasso).

“As long-time fans of EA SPORTS FIFA, having Ted Lasso and the whole AFC Richmond squad incorporated into the newest version of the game is truly a dream come true for myself and the rest of the fellas,” continued the Emmy Award-winning actor.

According to the press release provided by EA, “authentic” Ted Lasso content will be available in Career Mode, Kickoff, Online Friendlies, as well as Online Seasons.

Furthermore, items such as kits, stadium tifos, the Nelson Road Stadium, manager items and more will be available across FIFA Ultimate Team and the Pro Clubs mode.

The related content in FUT and Pro Clubs will be obtainable through objective-based rewards.

“In a short time and with limited prior experience, Ted Lasso has become a cultural phenomenon, bringing the passion of football and the power of belief to life for millions of fans across the globe,” said David Jackson, VP of Brand for EA Sports FIFA. “We’re thrilled to welcome both Ted and AFC Richmond to FIFA 23.”

FIFA will soon be no more!

In related news, FIFA 23 will be the last FIFA game, at least by name. As a result of Electronic Arts not wanting to pay FIFA large sums of money to use its official brand name, the football series will be known as EA Sports FC from 2024.

Don’t forget, if you subscribe to EA Play, you can gain access to a 10-hour trial of FIFA 23. The 10-hour FIFA 23 trial will be available from September 27th.

FIFA 23 will release for PC, PlayStation, Xbox as well as Google Stadia on September 30th or the 27th for those that pre-order the Ultimate Edition.

Are you happy that Ted Lasso and AFC Richmond are coming to FIFA 23? Share your delight or dismay across our social media channels.