For the lucky few that have a Tesla, you’ve got something excited to look forward to within the next few weeks. Elon Musk has confirmed that a number of Atari games will be hidden within the Tesla dashboard in a brand new update hitting all Tesla models very soon.

This isn’t the first time Tesla has implemented secret games and easter eggs into the control panel of their vehicles, and it won’t be the last time, either.

Here’s a look at the new Atari game easter eggs coming to Tesla soon, as well as a look at some other easter eggs Tesla vehicles have been equipped with in recent years. 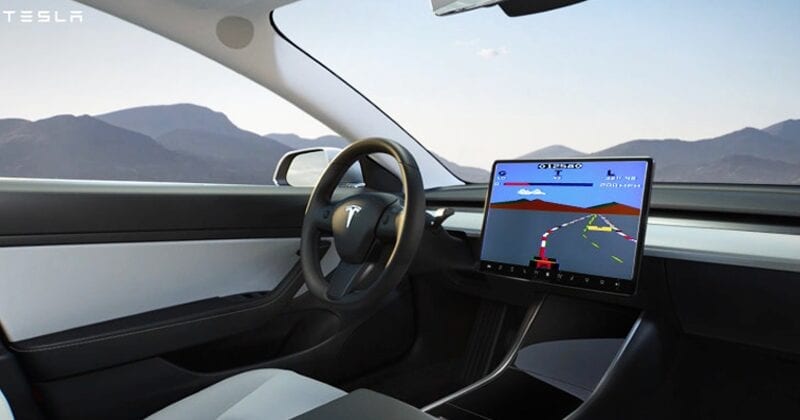 Elon Musk confirmed on Twitter that they were given permission to include a number of official Atari classics in their next V9.0 Tesla update. Yes, that’s right, Tesla cars get updates, and they happen fairly regularly.

Usually, updates are released to add new safety features and functionality. Sometimes, updates can even be pushed out to increase the performance of Tesla cars. Sounds crazy, considering none of the hardware is changed.

In fact, a great example is a recent over the air update for the Tesla Model 3. Consumer Reports mentioned in their review that the Model 3 had braking performance no way near close to what was advertised by Tesla.

Just 9 days later, Tesla pushed out an update to improve the braking distance and as a result, Consumer Reports had to adjust their review to give positive feedback, as opposed to their previous negative criticism.

With the power to push out over the air updates like this, Tesla has had a lot of fun including little easter eggs in their software.

The new Atari games will be amongst the latest easter eggs to join an already extensive list.

So, what Atari games will be included in Tesla vehicles after V9.0 and how will Tesla owners even be able to play them?

Well, the list is unconfirmed so far, but Elon did mention on Twitter that Pole Position, Tempest, and Missile Command would be included.

The way that he worded it made it sound like there would be more games on the way, too. The Tweet in question can be seen below.

I’m not so sure how Tesla owners will be able to play the Atari games, but I would assume the touchscreen would be used for control gestures. Pole Position, which is a racing game, will have controls tied to the physical Tesla steering wheel.

With this, Tesla owners will be able to control their in-game vehicle by moving the Tesla’s steering wheel. It should be clear but you’ll need to be stationary for these games to work.

On top of the new Atari games, the V9.0 update will add a number of new tweaks and changes, including improvements to dash cams and autopilot.

But, I don’t think anybody is too fussed about that. Let’s look at more Tesla easter eggs instead.

Elon Musk mentioned recently that he wants the Tesla to be a line of vehicles that are as fun as possible.

This means that we can probably expect more easter eggs and games in the future. But what easter eggs have already been found on the Tesla range of vehicles?

Here’s a look at the top ones. 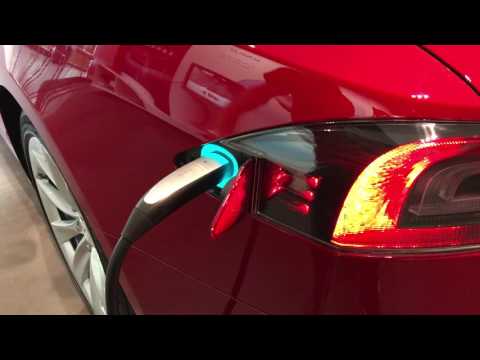 Perhaps originally found by somebody with OCD, the rainbow charger easter egg is activated after the charging port button is pressed 10 times.

The LED light that signifies that the car is charging will then start rapidly flashing a multitude of different colors. You can see it in action above. 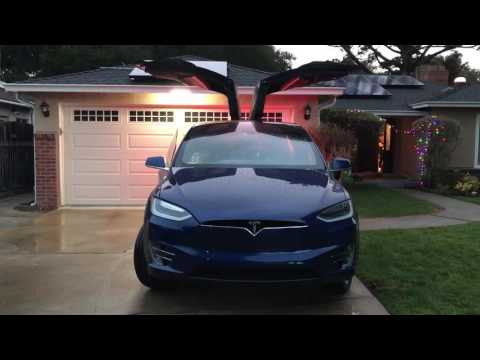 I think some people might find this next one to be a little over the top, but I absolutely love it. Perhaps more suited for the holiday season, this easter egg is activated after you enter ‘Holiday’ as an access code then lock the car.

The Model X will start blaring out music, flashing lights, and moving its falcon wing doors up and down. It’s certainly very magical.

By entering ‘Mars’ as an access code in a Tesla, the in-car navigation system will be replaced with satellite imagery of the red planet. As you drive around, you’ll see a Mars rover navigate through the satellite images at the same time.

Perhaps not the best easter egg to switch on whilst you’re in a place you’ve never been to before, but it’s a neat trick regardless. 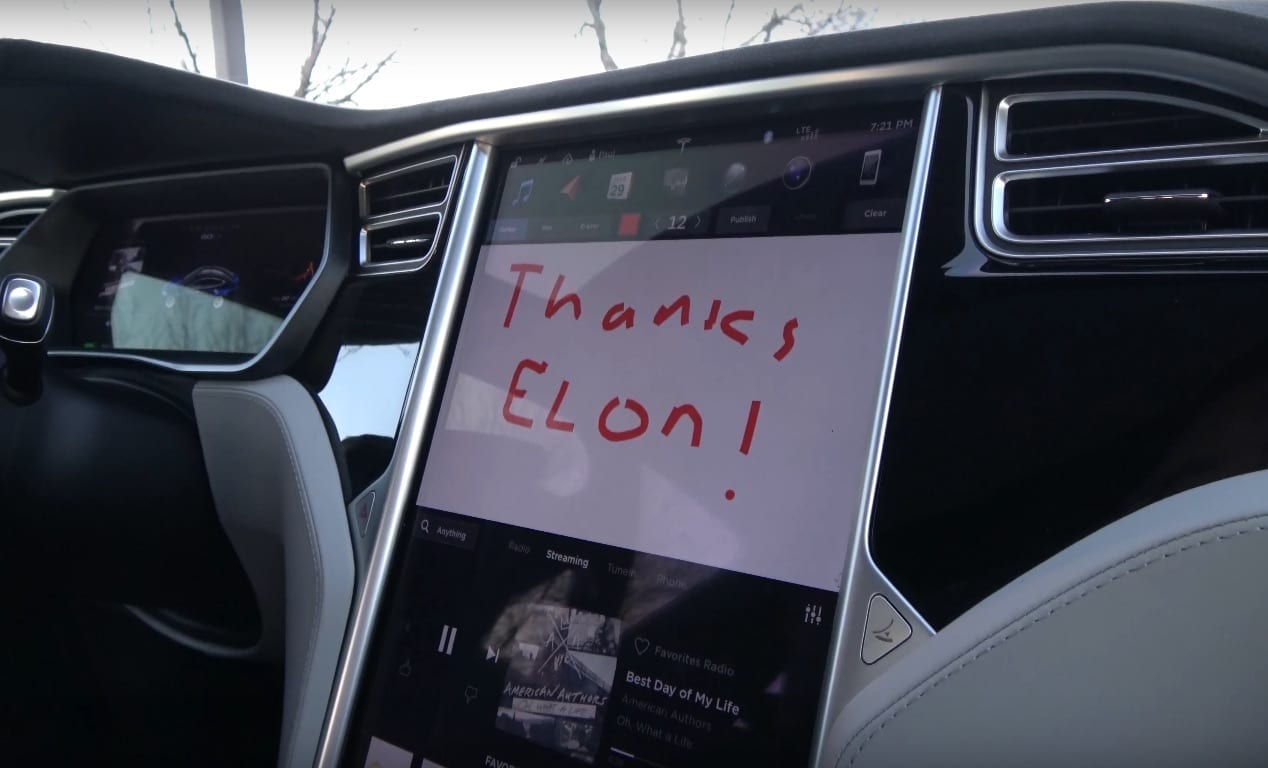 If you tap the ‘T’ on the center screen of a Tesla three times, you’ll add the sketchpad as an app on your display.

The sketchpad can be used to create colorful drawings and it’s a nice way for the passenger to keep themselves occupied. You’re also able to submit your art to Tesla for critiquing, but I’m not sure Elon or anybody else will ever actually have the chance to look at your stunning art.

If you tap the T once in the center display, you will see your vehicle on the screen as normal. Pull down from the three lines just above the vehicle image and a small panel will open which will show all of the easter eggs you have ‘unlocked’ on the Tesla so far.

As more easter eggs are added, Tesla owners will be able to refer to this dashboard area to look back at all of the hidden features that they have found so far.

What are your thoughts on Tesla’s strange but quirky approach to software updates on their range of vehicles?

Do you think these features are a good bit of harmless fun, or is Tesla being irresponsible by adding something that could potentially distract the driver whilst driving?

I’m sure there are polarizing thoughts for both sides so I would love to hear what you all think about Tesla’s easter eggs.