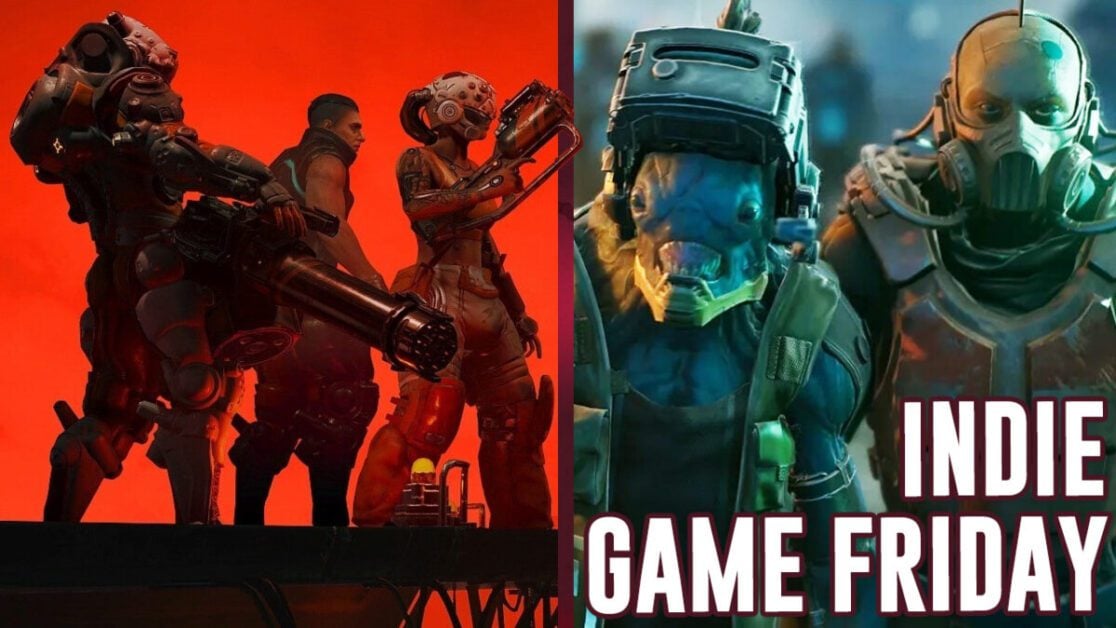 After first appearing on our screens last year, the team at Neon Digital have finally released its grimy cyberpunk vision, The Ascent.

With stunning visuals, intriguing RPG mechanics, and some mighty looking shooting, The Ascent is shaping up to be one of the more anticipated Xbox console exclusive titles. Set in a dystopian world, it’s your job to climb your way to the top of this underworld society, either solo or with a bunch of pals.

Here’s everything that you need to know about The Ascent.

The Ascent is developed by indie studio Neon Giant. It’s a Swedish developer with a staff of only 11 people, which is mightily impressive given the scale of its project. This is the first title to have come out of Neon Giant after it was originally formed in 2018.

Apparently, Microsoft has had a strong involvement since the early stages of development. In an interview with GamingBolt, creative director Tor Frick says: “Microsoft approached us early in development, and they were very impressed with what we had even back then, which of course was a huge deal for us as a brand new indie studio, and we have worked together ever since.”

When you start The Ascent, you’ll find yourself on the planet of Veles. It’s a dark, industrial place to be – not exactly a holiday destination unless grungy cyberpunk alleyways are your sort of thing. You’ll explore plenty of varied settings, ranging from dingy industrial plants to neon-bathed cyberpunk rooftops. It’s all rendered in an incredibly pretty image, improved by the 4K visuals of the Xbox Series X and ray tracing available with RTX graphics cards on PC.

The whole place is run by the corporation known as The Ascent Group. The business employs all of those who live there, essentially keeping them enslaved. You play as one of these workers, known as ‘Indents’, toiling away cycle after cycle in hope of eventual respite.

In the opening hours, something causes The Ascent Group to collapse, thrusting the entire world into chaos and disarray. The resulting narrative plays out as other corporations and splinter factions attempt to take over where The Ascent Group once stood. It’s your job to hold them back and figure out why the corporation fell in the first place.

There’s a main story narrative that you can follow, which will reportedly take you around 15-20 hours to complete if you mainline it. If you like to go off the beaten track, though, there’s plenty of additional side quests and collectibles to keep you busy [via WCCFTECH].

If you’ve ever played a twin stick shooter before, you’ll feel right at home with The Ascent. Left stick maneuvers the character around while the right stick controls which direction they aim in. There’s a crouch button to duck behind cover or under obstacles, and another to perform a wide dodge roll.

Firing weapons is handled by the right trigger, and you can hold the left trigger to raise your weapon above your head. This creates an extra dimension to the otherwise 2D shooting plane. Raising your weapon up allows you to shoot from behind cover, or attack enemies sitting on higher ground. Shooting taller enemies with a raised weapon also deals additional stagger damage.

There’s also a tactical ability which seems to function like a grenade. One that I found in the early game operates as a stun grenade. You press the grenade button once to throw and then again to manually detonate it, so there’s room for tactical strategy in the way you toss them.

On top of that, there are augmentations that allow you to really experiment with the way you build up your character. In the early game, you can find one that lets you perform a huge hydraulic punch that deals mega damage and knocks back foes. Another spawns a useful drone that can search the battlefield and pick up additional items for you. These actions cost energy to perform which regenerates over time.

Is there character customisation?

It wouldn’t be a true RPG without being able to customise your character. It’s not quite as detailed as something like Dragon Age of Fallout, but there’s a decent amount of presets to be getting on with.

You can choose between different facial structures, but the majority of the customisation comes from cosmetic choices. There are several swanky tattoo designs for both the face and torso to choose from. Beyond that, you get to pick a set of colour options which will determine how your armour looks when worn. If you’re anything like me, you’ll instantly be drawn to the neon colours that have no business being mixed together.

If you don’t like the way you designed your character to begin, don’t worry! You can rejig the way you look once you reach the main hub area of The Ascent. There, you’ll find a vendor that can completely alter the way you look, just like any good cyberpunk bone doctor would.

Of course, you might not even see much of your character’s face given the sort of armour you can pick up on your travels. All of the pieces are resistant to different types of damage, so you’ll want to try and pick the best items for the enemies you’re facing. That said, some items look infinitely better than others, so you can play the fashion game should you prefer.

What’s a twin-stick shooter without something to shoot? There’s a bunch of weapon types to get to grips with in The Ascent, some of which you’ll pick up early on. For the first hour of the game, I ended up making good use of a heavy hitting pistol and fast-firing SMG. There’s also assault rifles, shotguns, and melee weapons available to find in the world or buy from vendors.

All of what you see in The Ascent is hand crafted. Though it clearly takes some inspiration from the Diablo games, all of the items you find aren’t randomly generated. You’ll find new weapons scattered around the world with some of higher rarity than others.

If you’re super fond of a particular weapon, you can upgrade it with a dedicated currency. Weapon levels are persistent, too. For example, if you upgrade a weapon to Mk. 3 and then sell it, it’ll remain Mk.3 for when you pick another one back up. That’s a neat quality of life feature that should calm those like me who regularly accidentally sell the wrong items.

Can you play with friends?

If all of this is tickling your fancy, you should know that you can do all of this with the help of a friend of three. The entire game is fully playable in co-op with difficulty scaling accordingly depending on how many players are in the party. What’s especially nice to see iis that all players appear in cutscenes too, so the narrative will make sense no matter how many people are taking part.

Building your characters into different specialities should make those tough bosses that little bit easier. With various different augmentations and a full skill tree to spec into, there’s plenty of room for tactical thinking when playing as a squad.

Is it coming to Xbox Game Pass?

Best of all, The Ascent is coming straight to Xbox Game Pass on day one. Members of the service are able to jump right in and play on any of the Xbox platforms, including Xbox One, Xbox Series X|S, and PC.

Those co-op features that I mentioned? They’re available cross-platform, too. If you’re primarily a PC player who wants to squad up with some pals on Xbox, say no more – cross platform has you covered.

Will you be diving into the depths of The Ascent this weekend? Let us know across our social channels!