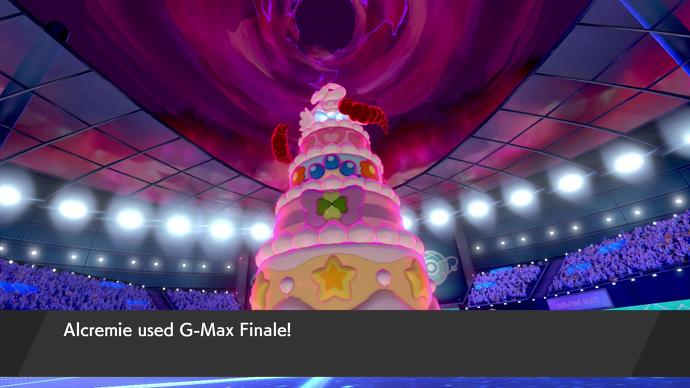 The internet was left very bewildered by one of the latest new Pokémon announced for the roster of generation eight, which will make a full appearance in the upcoming games, Pokémon Sword and Shield.

Alcremie is a Pokémon who produces cream and is in fact made of cream. It’s a fairy-type battler with the Sweet Veil ability.

The official Pokedex entry for Alcremie reads as follows: “Alcremie can produce whipped cream, which becomes richer the happier Alcremie is feeling. Desserts made using this cream are invariably delicious, so many pastry chefs strive to have an Alcremie as their partner.”

Yes, it’s a very odd (and suggestive) choice from Game Freak and Nintendo, but with so many Pokémon already in existence it must be hard to come up with new species.

Anyway, Alcremie is particularly interesting because of its Gigantamax form, where it takes the shape of a giant cake. And when we say giant, we mean literally the largest Pokémon ever [via ComicBook].

Yes, Gigantamax Alcremie comes in at over 98.5 feet tall, easily scooping the title of the biggest “pocket” monster in the history of the franchise.

Gigantamaxing is the brand-new game feature shown off by Nintendo. Similar to Dynamaxing, Gigantamaxing turns your Pokémon in a giant, but it goes one step further.

In the new video for Pokémon Sword and Shield, which you can watch below, a few Gigantmaxes are shown.