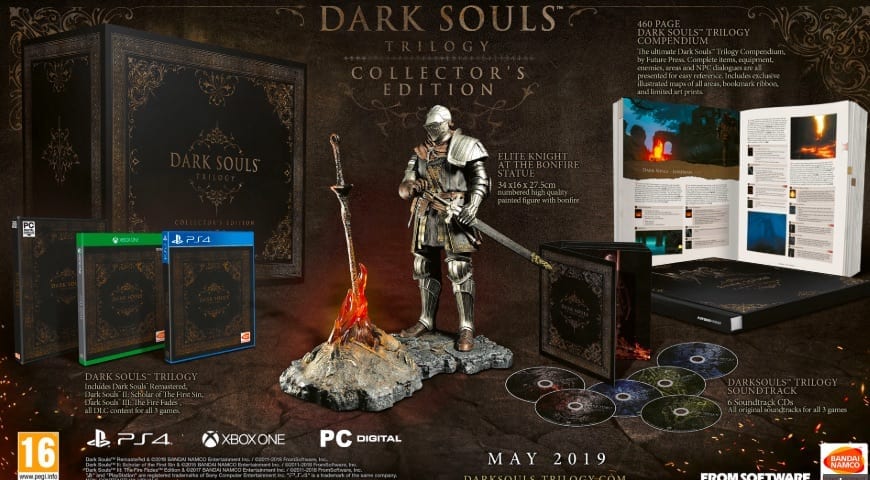 When it comes to collector’s editions of games we’ve seen a lot of weird, wonderful, rare and expensive products hitting the shelves, but the upcoming Dark Souls Trilogy Collector’s Edition might take the cake…

The recently-revealed edition, which is exclusive to Europe, is up for pre-order, and if you’re lucky enough to nab one you’ll be the proud owner of one of just 2000 copies.

Naturally, fans of the franchise are pretty disappointed with the cost, with one user on Twitter branding it as “disgusting.”

I love Dark Souls but the price of the Trilogy CE is disgusting, I honestly don’t see how it’s worth £450.

Was pretty excited about that Dark Souls Trilogy Collectors Edition until I saw the price. pic.twitter.com/LtR1RYgGdh

Will you be pre-ordering this, or has Bandai Namco gone too far…?