Cuphead was one of the best games of 2017, offering up seriously tough gameplay with some of the best visuals of any game ever. It’s set a precedent for Indie games, offering a level of quality that others aspire to.

The game is set to get an expansion this year, but from the sounds of things, it looks like Studio MDHR is already thinking about its next big project.

In a Red Bull video, the game’s producer and artist Maja Moldenhauer said: “I’m just really loving what we do. And the ideas we have for the next game are pretty epic.”

What could be more epic than Cuphead?!

Check out the video for yourself below! 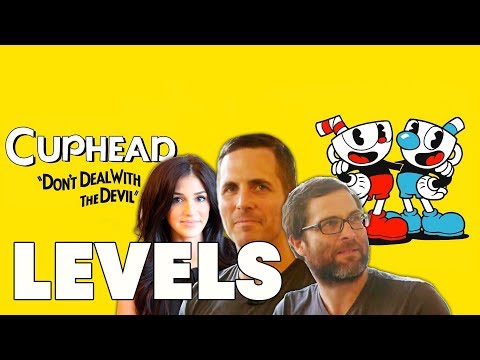 Although too much isn’t known about the next project from the studio, it’s hoped that the whimsical and hand-drawn 2D art style will carry over.

Last year Moldenhauer said [via Gamereactor] that it’s likely the style will stay the same, but admitted “the genre, the era, [and] the gameplay” may change.

Despite lots of people praising the game for its insane difficulty level, others quickly gave up on the title finding it too inaccessible. Maybe the studio will work on changing the difficulty level?

Cuphead gets its 2019 expansion, The Delicious Last Course, in the coming months though no fixed release date has yet been announced.

I don’t know about you, but I’m really eager to see when @StudioMDHR is going to drop Cuphead’s The Delicious Last Course. pic.twitter.com/3IuRN24ZAu

We do know the expansion will introduce a new character, Ms. Chalice, and it’ll also bring in more bosses and weapons.

I cant wait for Ms. Chalice to come to Cuphead! “The Delicious Last Course” DLC is coming soon pic.twitter.com/nhzfaVCBxv

2019 is going to be one of the best years for gaming! Are you excited for the new Cuphead expansion?

The Epic Games Store Is Finally Getting An Achievement System

The Epic Games Store Could Affect Your Laptop’s Battery Life